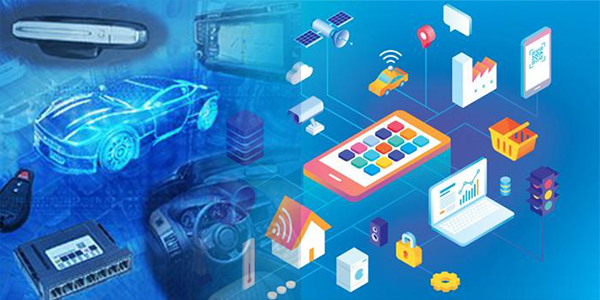 Trend Technologies, Inc., of San Jose, Calif., is a prime case of the big getting bigger. Already a powerhouse in the mechanical contract manufacturing of computer enclosures, Trend was purchased in March by Doughty Hanson & Company Limited, one of Europe’s largest private-equity funds. In making this deal, Doughty Hanson was acquiring a company that had already boosted its revenues from $100 million in 1997 to more than $300 million last year.

As impressive a growth record as that is, this purchase has extended the possibilities for Trend immensely. John Millis, Trend’s corporate director of marketing and strategic planning, explains: “The industry we’re in is being driven by scale, so you need the capital, equipment and locations to serve the larger OEMs. Doughty Hanson helps provide Trend with the financial capacity to support our growth.”

Because of Doughty Hanson’s ability to infuse new equity into Trend, the company will get a leg up on the nuts and bolts of expanding its global footprint. Millis says, “In order for our customers to deploy their programs, they may need two to five sets of tools, and those tools might require us to have five to 10 new sets of presses or capacity available. We need the financial ability to support that type of program and to deploy those tools and equipment – in most cases, to other regions of the world. Trend as a company has spent over $60 million in the last three years just in equipment and site expansions around the world. With the support of Doughty Hanson, that’s not going to change.”

Quality Included, and Recognized
This isn’t simply the story of a company with a lot of financial wherewithal. In a highly competitive industry, Trend has made itself a favored supplier to computer, networking and telecommunications manufacturers such as Cisco, Dell, Compaq, Hughes, Nortel, Hewlett-Packard, Motorola, Silicon Graphics and Sun Microsystems by elevating quality to the highest status in the company. Trend’s quality policy is very simple: “Do the job right the first time, on time…every time.”

Successfully so, too. In July, Hughes bestowed its 2000 Supplier of the Year award on Trend. In announcing the award in its newsletter, Trend Worldwide News, Trend noted that Hughes chose the company from a list of more than 200 mechanical suppliers. “Because of the large volume of product being shipped to Hughes, this is a very difficult award for a mechanical supplier to achieve,” Trend said.

Yet Trend is not stopping with recognition of this sort; it continually seeks to raise the bar for its quality and its customer service. An excellent example, which the company launched recently, is its proprietary program management, administration and tracking system (ProMAT), a process by which customer development teams can track their programs’ progress.

Consisting of standardized databases and process flows that are linked electronically to all of Trend’s sites, ProMAT provides a closed feedback loop between the company and the customer. It improves communication between company and customer, shortens the time line from concept to production and ensures that all of the data involved is completed accurately.

Trend initiated ProMAT this past February and will upgrade it with Version 2.0 this month. The new version includes online drawings and specifications, online documents, online production part approval and design collaboration.

Opportunities Knock
Trend has recorded its remarkable growth record through the quality of its manufacturing and its uncanny ability to see and react to opportunities. The most recent example of how this has worked is the company’s just-opened plant in Guadalajara, Mexico, a 95,000-square-foot facility. “Trend realized an opportunity with a major customer to place tools in Guadalajara, and we committed $10 million in investment capital to this site,” says Millis. “We have 31 injection-molding presses in this facility, and by the end of this year we’ll be adding metal stamping presses.”

The Guadalajara opening brings the total number of Trend manufacturing facilities worldwide to nine, encompassing more than 1 million square feet in manufacturing space. In the United States, the company has facilities located in San Jose and San Diego, both California, Albuquerque, N.M., Elk Grove, Ill., Longmont, Colo., and Round Rock, Texas (opened in the fourth quarter of 1998, near Dell Computer’s facility). Along with Guadalajara, the company has two other international facilities in Dublin and Mullingar, Ireland. The company’s employees now number more than 3,000.

These plants are typically close to facilities operated by Trend’s customers and, ideally, all plants would integrate plastics molding, metal stamping and assembly. “By the end of this year we’ll have, at a minimum, four facilities globally that have all of these services under the same roof,” Millis says. The company began including all of its manufacturing services under one roof with the original-equipment manufacturer in mind. “This provides a large supply base advantage to the OEM,” Millis explains. “We can now offer solutions from design, tool manufacturing, program management, part manufacturing and assembly.”

Lofty Goals
Not only does the new Guadalajara plant exemplify how Trend responds to new customer needs and opportunities around the world, but it also demonstrates the commitment of Doughty Hanson to further fueling the company’s business. Millis says the new parent’s goal is for Trend to post close to $1 billion in sales by 2003.

And just as capital investment has brought new facilities and new customers to Trend up to this point, future investments will continue to drive the company toward its revenue goal and further goals down the road. “We can’t meet that sales goal without investing in new equipment and locations as well as acquiring new companies,” Millis says. The last point, acquisitions, will play a critical role in Trend’s future.

“Acquisitions will be important because they are part of our growth strategy and provide immediate customers, new technologies and services, and added facilities in strategic locations,” says Millis. “Our current total of nine locations could double in the next 18 months. Internationally, this will be important because our customers are looking for Trend to grow in Eastern Europe, China and Western Europe as well as here in North America.”