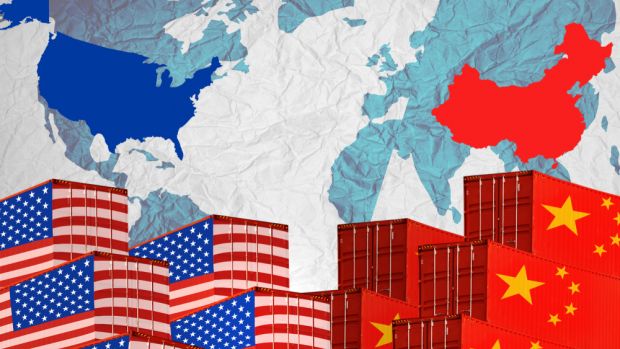 Here’s how weird today’s (covering June) Dallas Federal Reserve Bank manufacturing report is. It’s prompted me to write my first ever RealityChek post on an individual regional Fed manufacturing report. And I’m writing this subject instead of my original plan to blog on the Iran/Persian Gulf crisis – which is of course generating lots of headlines.

The main reason? The Dallas findings include considerable evidence that domestic U.S. manufacturing is withstanding President Trump’s trade wars quite well thank you – at worst – and that his tariffs are bringing back a good deal more production to the United States than widely supposed.

For readers not familiar with such reports, every month, several of the regional branches in the national Federal Reserve system issue results of surveys they conduct on the state of manufacturing in the geographic districts they monitor and whose financial sectors they help regulate. The Dallas Fed’s “jurisdiction” is Texas, northern Louisiana, and southern New Mexico. And because Texas is such an important manufacturing state, the Dallas reports are considered especially important in judging the health of American manufacturing as a whole.

Today’s Dallas Fed report began unusually enough, with a series of seemingly contradictory findings stemming from its usual indicators. For example, the so-called headline figure – which purports to measure district manufacturers’ perceptions of overall industry conditions for a particular month – not only worsened for the second straight month. It sank even deeper into numerical territory that supposedly signals manufacturing contraction.

At the same time, these companies’ reports on their output (like all the regional Fed manufacturing surveys, the Dallas Fed’s gauges “sentiment,” or companies’ descriptions of their activities, rather than measuring the activity itself), rose slightly higher into the numerical territory signaling manufacturing expansion. So did the “new orders” indicator – though it was slightly weaker in absolute terms. (That is, it wasn’t signaling expansion as strongly as the output indicator.)

Dallas Fed district manufacturers also stated that they were continuing to hire, and work their employees more hours per week – though the growth here slowed from that they reported the previous month. The only indicator which registered a major monthly drop was capital spending. It dropped by double-digits percentage points to a two-year low, but still remained in expansion territory.

But what was really weird about today’s Dallas Fed report were the answers regional manufacturers gave to a series of “Special Questions” about the impact of President Trump’s tariffs. The responses from 115 companies made clear that they believed that the levies effects were more damaging than last September, when they previously answered these questions (and when Texas and national manufacturing was going great guns).

But the difference was anything but dramatic. By many key measures, strong majorities reported that the tariffs had “no impact” on their fortunes. The companies expected the tariff damage to fade considerably within two years. And many of them were responding to tariff pressures they faced by replacing foreign suppliers with domestic suppliers. In other words, they were replacing imports with domestic orders and production.

For example, between last September and this month, the share of Texas manufacturers stating that the U.S. and foreign retaliatory tariffs had had “no impact” on their production levels fell only from 65.9 percent to 60.9 percent. The share reporting “no impact” on employment dipped from 82.1 percent to a still lofty 78.3 percent, and on capital spending from 69.4 percent to 64.9 percent. I.e., these results don’t exactly scream “Tariffmageddon!”

For those companies that did report tariff-related changes, the gap for each of these indicators between those reporting damage and those reporting benefits definitely widened in favor of damage. But again, the differences – over a nine-month period during which lots of tariffs were actually imposed or increased – were on the limited side. The biggest deterioration, for example, took place in capital spending. In September, 20 percent of the manufacturers responding reported that the tariffs were leading them to cut such investments. This month, that share rose to 27.2 percent. Slightly behind capital spending in this respect was output, with the “decrease” share increasing from 20 percent to 26.1 percent.

The share of companies reporting benefits from the tariffs declined, too – but much more modestly. And in June, they still averaged close to ten percent.

By contrast, the companies’ views on their ability to cope successfully over time with the U.S. and foreign retaliatory tariffs brightened through 2021. The share expecting net tariffs damage dropped from 41 percent to 32 percent, and the share expecting net benefits doubled – to 18 percent.

And potentially most interesting of all – many more companies that reported net negative impacts from tariffs were responding by replacing imports with domestic production, not with non-tariff-ed foreign products. The sample size here is small (46 firms), but 17.4 percent said they were “mitigating” the tariff damage by finding new domestic suppliers and another 17.4 percent were bringing “production or processes” back in-house. Only 10.9 percent answered “finding new foreign suppliers.”

When it comes to China, I’ve long maintained that any reduction in Chinese industrial capacity benefits the United States, even if imports from China are replaced by imports from elsewhere. But the Dallas results show that the number of companies responding by bringing production back home in one way or another – as President Trump has promised – could be much higher than many skeptics have claimed and predicted.

Sentiment surveys like the regional Fed reports are no substitute for the actual data (largely for the “survivorship bias” problems I’ve explained in this post). But if more of these institutions could keep track of their manufacturers’ stated experiences with and responses to the Trump trade wars – and on an ongoing, not sporadic, basis – they could help the nation better understand the real consequences.