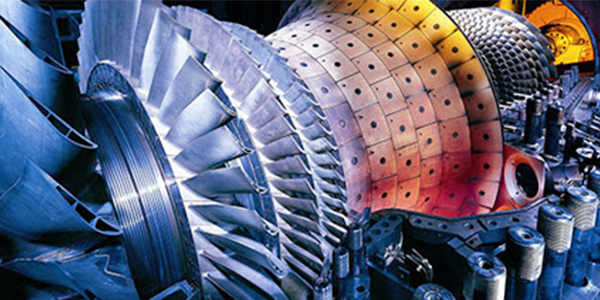 Offering more than one century of creative turbomachinery engineering and manufacturing experience, Demag Delaval Turbomachinery Corporation of Trenton, N.J., has itself become the engine that has driven innovations in service and product design within the industries it has served.

It started in 1901, when Gustav Patrick Delaval developed a cream separator for the dairy industry. His next project was designing a device to turn the separator at a high rate of speed, which drove him to invent the steam turbine. Delaval’s business changed hands over the years and, in 1995, Mannesmann Corporation purchased it. Since that time, the company has invested more than $21 million in modern machine tooling production — an investment that has driven sales to between $85 million and $120 million annually over the last three years.

Now a leader in the manufacture of compression equipment — and a forerunner in the evolution of the steam turbine — Demag Delaval provides high-quality, individualized solutions for customers’ specific applications. The company serves markets such as petrochemical, refining and air separation.

New Fuel for Growth
But there is much more on the horizon for the company. For one thing, says President Donal Maloney, Demag Delaval is seeking a gas turbine supplier that would enable the company to participate more in the oil and gas business, which often requires gas turbine-driven compressors. Demag Delaval also sees opportunity in the manufacture of compressors in the petrochemical business, due to the advent of more plastic parts and films in consumer products (which, in turn, require the operation of more ethylene plants). “That represents a lot of business for us,” Maloney says. “We also want to get more involved in the packaging of entire systems, rather than subcontracting out the work. We can offer a more value-added product if we do our own work rather than subcontract it out.”

Demag Delaval’s scheduled acquisition by international giant Siemens is a particularly promising development. With its hands in many industries — including power generation — Siemens is looking to expand in North America and sees Demag Delaval as pivotal in this process, according to Maloney. The merger, which should be completed this year, should bode well for a firm that once saw dairy creamers as the scope of its entire world.

Saving Time
As an industry innovator, Demag Delaval is making great strides in significantly reducing lead times from engineering to the final product, according to Operations Director Juergen Zeschky.

“Our lead time used to be 12 months,” says Zeschky. “Today we ship within nine months and our target is 30 weeks.”The company uses full automation and computer-aided design to cut the design and engineering of key components from 30 hours to 30 minutes. In addition, Demag Delaval in the process of fully automating the design of all its major compressor components.

The company’s mission is to provide customers with a full complement of products and services. “We used to be more specialized,” says Sales and Marketing Director Vince Wagner. “Now we’re moving into a much broader spectrum of products and services. The customer benefits by getting equipment from one supplier. Our goal is to integrate these different operations into an organization that is seamless in the eyes of the customer.” The Siemens acquisition will enhance Demag Delaval’s potential, according to Wagner. “We should have even more capabilities,” he says.

Demag Delaval’s 90,000 to 100,000 production hours in 2000 in its Trenton facility have underscored its importance to the industries it services. In addition to production capacity, the company also offers a range of services in its three locations — Trenton, Duisburg, Germany, and Hengelo, The Netherlands. These services include testing, training of operating personnel, erection and commissioning of equipment, supervision, repairs, spare parts and retrofits/revamps for all products. Such capabilities have enabled customers throughout the world to receive the turbomachinery they need, when and where they need it.

The MV series of centrifugal compressors, with vertically split casings, are ideally suited to the compression of gases of light molecular weight. The MV series is also used to achieve high and very high discharge pressures. All compressor internals are assembled into a bundle that can be easily extracted axially from the casing shell without the need to remove process gas piping — a particular advantage in configurations with nozzles pointing upwards.

Many into One
Series VK and HVK multistage integrally geared compressors represent a concept that has continuously undergone development, an evolution that has resulted in it becoming more popular for applications in process engineering. These compressors are characterized by a combination of several compression stages with just one gear assembly, forming a compact unit for the multistage compression of a wide range of gaseous media.

Series SEZ/SEE single-stage integrally geared or direct-driven centrifugal compressors represent the single-stage concept derived from the multistage VK/HVK machines. Components such as impellers, volute casings, guide vane units, bearings and seals are taken from the finely graded system of proven standard components from that series. This creates opportunities for many process applications.

Series PRT integrally geared process gas radial turbines allow medium- to high-temperature process gas to be directly put to use driving a compressor or an electric generator without the need for extra heat exchange or steam generation equipment.

Series PV single-stage axial inlet overhung centrifugal compressors are designed in accordance with API 617 standards. They offer optimum mechanical and operational reliability, and yield lower operating costs. These compressors give users a wide operating range as a result of the custom-designed impellers and vaneless diffusers. The PV’s adjustable inlet guide vanes extend its operating range and improve the performance for part load conditions.

Industry Standards
Demag Delaval is a leading manufacturer of condensing, non-condensing and extraction steam turbines with outputs of up to 80 megawatts. All of the company’s steam turbines are engineered and manufactured in accordance with API and NEMA specifications for safe, reliable, efficient and continuous operation. Designs are also in close compliance with European standards, incorporating the stringent requirements of the petrochemical industry and utilities for driving compressors, generators and boiler-feed pumps.

Demag Delaval’s revamp and retrofit engineering involves the reactivation, upgrading and adaptation of existing turbomachinery and related ancillary equipment. All work is carried out in strict accordance with standards, codes, design guidelines and Demag Delaval’s stringent quality control system certified under the ISO 9001 standard. The company provides full maintenance and repair service for all steam turbines with a network of strategically located offices around the world, all of which are committed to providing rapid response.

Demag Delaval also has ongoing research and development in state-of-the-art facilities that include a turbine test area and a multistage steam-turbine test area. Both aerodynamic performance and mechanical reliability research are performed in these facilities. Turbines are developed from standard, time-tested building blocks to suit the customer’s requirements. Included in these building blocks are components such as inlet chests, extraction chests and condensing or non-condensing exhaust ends, each with its standardized flow path components. The features incorporated into every unit include:
• A multivalve control system to minimize throttling losses
• Spring-loaded labyrinth seals for improved stage sealing and diminished leakage losses
• Smooth steam path contour, which diffuses steam through an optimum number of stages, minimizing aerodynamic losses
• No balance drum, meaning no wear on drum seals
• Minimal performance deterioration

Demag Delaval is a technology pioneer. In 1872, the company produced the world’s first reciprocating compressors. In 1883, the company patented the first single-wheel impulse turbine. A series of firsts followed through the 20th century, and these innovations helped Demag Delaval become one of the largest suppliers of turbomachinery in the world.

The company recently launched an e-commerce initiative, offering customers the after-market ability to buy spare parts and services over the Internet. The service is in the pilot stages but has great promise. “We’re very excited about it,” says Zeschky. “Soon we intend to release it to all of our customers.”

It’s just another example of Demag Delaval striving to become the best provider of turbomachinery equipment and services in the world.