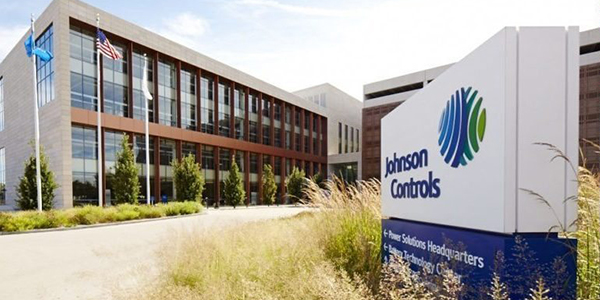 If you still doubt That the world’s economy has changed fundamentally, you have only to look back upon Tuesday, Sept.15,1998.That day, an innocuous item in the papers declared that Microsoft Corporation had become the most valuable company in the United States. It was as clear a sign as any that networked information and intelligence were driving the creation of wealth.

Proprietary technology. Inside information. Not invented here. These are hallmarks of an industrial economy. In such a world, value comes from scarcity – from a product or technology that is the only game in town. Companies seldom cooperate. Information stays close to the vest. The end effect of an industrial economy is to create islands. Even divisions and departments within companies may be islands.

The network economy finds value in plentitude, especially of information. Its overriding purpose is to facilitate connections. In industries like computers, telephones and automation devices, the goal is to enable the free flow of information. The marketplace will not tolerate the cost and inconvenience of competing, closed technologies.

Companies thus cooperate in creating uniform communication standards, around which new products emerge, businesses expand and entire industries develop. Such cooperation has enabled the plug-and-play simplicity of computer hardware and software. It is producing similar connectivity in devices for industrial process control and building automation.

The network economy also leads to companies that are generally competitors joining expertise and resources to expand markets or create new opportunities. Novell founder Ray Noorda coined the term “coopetition” to describe such relationships. Cooperation is the pathway to growth and increased value in a network economy. Companies that choose to remain as islands do so at their peril.

Nuclear power may never be too cheap to meter, but communication is already essentially free. Businesses once shuddered at the costs of networking offices, buildings and campuses. Parents with college sons or daughters on exchange trips blanched at the price of an overseas phone call.

Sharing Data Essential Without a doubt, networked communication demands components that talk to one another, software applications that are compatible and field devices that share data with enterprise-level information systems.

But the language of communication matters far less than the content. The debate over protocol standards for building automation is an important one, but it will be resolved in due time. One existing protocol may become the standard.

A new one may emerge. In the grand scheme, it matters little.Set featured image

Ten years from now, or five, the protocol issue may be nothing more than a memory. What endures will be the network and its power to carry out the owner’s vision of building performance.
System integration is the wiring together not of devices but of strategies for reducing energy consumption; for protecting indoor air quality; for maximizing employee comfort and productivity; and for making the building a substantial contributor to the value of the organization.

Multiple networks are accidents of evolution. They grew up side by side, at different times, with different technologies and different cost structures. Their continued existence has more to do with convenience, culture and inertia than with technology.

In the life-cycle cost of a building, multiple networks are expensive and wasteful.

They consume space and use craft labor to install and maintain. They require multiple administrators, separate software and repetitive data entry. They introduce delays and errors in data transfer from one to another. In all, they hinder the agility and speed required by the network economy.

While technically avail-able throughout the building, the network can include all necessary access controls to provide data security and to govern who uses which functions and when. Once the network is in place, it facilitates such activities as teleconferencing between offices and departments. And it helps seamlessly integrate broad and seemingly disparate building functions.

Suppose a new employee joins a company with a unified network. Human resources loads its database with specified information, automatically fed to the building security, environment control and other systems on a shared network. The employee reports to the office after hours and swipes a magnetic card across a scanner at the entrance. The security system is automatically informed that the employee is present. The HVAC system turns on the lights and conditions the workspace.

Integrated networks make such efficiencies easily available within buildings. Once individual buildings are networked – using Ethernet networks compliant with Internet Engineering Task Force (IETF) standards – it is not difficult to connect buildings within a campus, and campuses within a national or global organization, by way of the Internet and Intranets.
While the wholesale replacement of multiple networks in existing buildings may be extremely costly, a sound business case can be made for a purposeful evolution to a more unified system. In the future, it’s difficult to imagine separate networks even being considered in new buildings.

The network economy will bring control innovations to market at an in-creasing pace as suppliers pursue their cycles of “find, nurture and embed.” This means more opportunities than ever for building owners to embed new technologies into their control schemes.

At the same time, owners should beware of adopting control components – devices, software or services – in isolation. To do so is to risk letting today’s technology constrain or dictate long-term control capability. Owners need to look past individual merits of a component and consider how it fits into the total enterprise scheme.

It’s important to choose components that fit a controls architecture built on clearly defined and enduring controls strategies. The goal must be evolution without obsolescence, with each incremental step adding value to the installed base and enabling the use of ever more powerful technologies as they emerge.

Forward-thinking control strategies must prescribe unified infrastructures with full connectivity for sharing information among devices, within buildings, across campuses and throughout organizations. Components that are not Internet and Intranet enabled will tend to create islands in a world that thrives on networks.

Whether buildings are operated by internal staff or by a third-party facility management company, the ability to use automation as a strategic tool is fundamental. Building controls companies can be essential partners in developing long-term strategies that enhance in-door environments and reduce building operating costs.

Quality suppliers will combine industry-specific experience with the ability to innovate – to create new products and technologies and to embrace those developed by others in the name of delivering value to customers.

The most valuable suppliers will be those that understand the full scope of building controls and can help building owners devise integrated control systems that take advantage of the full power of networks.