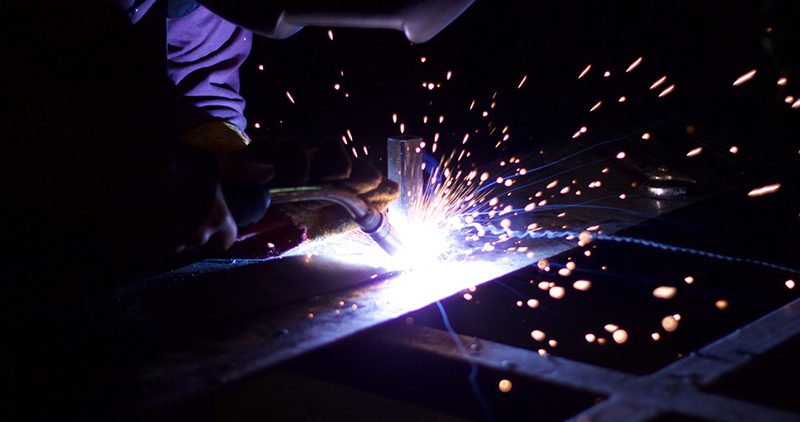 It’s a far cry from the bustling factory floors that we stereotypically associate with industry—modern American factories are smaller, more productive, and far more educated than their predecessors.

Employment in the sector has seen a steady decline since the start of the 21st century. At that time there were 17.1 million Americans working in manufacturing. Two recessions later, there are 12.3 million workers employed, with those numbers failing to recover completely post-recession.

However, the lower numbers haven’t had a negative impact on productivity. According to the FAS report, written by Marc Levinson, manufacturing output in the US has increased by 21% since June 2009, while employment has increased by just 5%.

It points out three key areas that help account for the rise in output and a simultaneous decline in bodies:

Manufacturing in the US isn’t dying—It’s getting smarter

But according to Levinson’s report, titled “Job Creation in the Manufacturing Revival”, simply bringing factories back to the US won’t necessarily fix employment rates. There are jobs in the pipeline, but next generation manufacturing jobs are demanding highly skilled, highly educated workers.

According to the White House Subcommittee for Advanced Manufacturing, the US will need to fill 3.5 million manufacturing jobs over the next decade. However, they project that as many as 2 million of these could remain empty because of a skill gap in the sector.

“In fact, at this moment, 80 percent of manufacturers currently report a moderate or serious shortage of qualified applicants for skilled and highly-skilled production positions,” says an April 2016 report from the National Science and Technology Council.

This is where that antiquated view of manufacturing—smokestacks and backbreaking labour—is forming a barrier for industry growth.

A recent Plant Services article polled industry leaders on the way forward for US manufacturing in 2017. Jose Rivera CEO of the Control System Integrators Association points to changing the reputation of manufacturing as a way to circumvent this barrier by attracting younger, educated workers, thereby closing the skill gap.

“Industry needs to change its image of ‘smokestacks’ and make itself a desirable place to work and thrive. We can’t afford to have our younger generations not view STEM careers and industry jobs as highly desirable. Our world has changed, and so has industry,” says Rivera.

While this suggestion would certainly help lay the groundwork for the future of American manufacturing, it doesn’t address the current realities of the industry.

Alana Semuels of The Atlantic has written at length about the impact of outsourcing, automation, and advanced manufacturing. She says that those who lose manufacturing jobs to automation are highly unlikely to go back to school or seek retraining of any kind.

Additionally, there is a wealth of knowledge in the US manufacturing sector that isn’t necessarily captured by education, specialization, or even wage bracket. And while it’s impossible to ignore the ongoing evolution of industry in the US, it’s equally impossible to turn a blind eye to the impact that this evolution will have on experienced workers who may have lower levels of education.

Ken Warden, dean of the College of Applied Science and Technology at the University of Arkansas–Fort Smith offers an alternative perspective. In the same Plant Services article, he echoes Rivera’s sentiment, but broadens the call for education even further.

“When individuals engage in the process of higher education, it enables them to see things from different angles. When incumbent workers engage in the process, they use these new perspectives to impact the world they know, and they typically find ways to improve their working environment,” says Warden.

While many organizations have come a long way, there’s still a lot of room for the manufacturing industry to invest in existing human capital. Actions like offering noncredit education and academic credits for workers can go a long way towards protecting jobs, fostering expertise, and closing the skill gap in manufacturing.

Jes Ellacott is a writer and content marketing specialist with Fiix, a leading cloud-based maintenance and asset management software company located in Toronto.