There’s nothing suppliers appreciate more than receiving special treatment, as if they were the owners of a company instead of merely providers of raw materials. That’s one of the big advantages of doing with business with us,” confesses Carlos Alberto Paulino da Costa. “At Cooxupé, our suppliers aren’t just treated like owners; they are the owners.”
WORLD’S LARGEST PRIVATE COFFEE CO-OP
Based in Guaxupé, Minas Gerais, at the heart of one of Brazil’s – and the world’s – prime coffee growing region’s, Cooxupé is the largest privately owned coffee cooperative in the world. Founded in 1932, it began life as an agricultural credit co-op, however, by the 1950s, its money-lending actitivies had stalled. Fortunately, at the same time, the coffee industry was enjoying an unprecedented boom. Faced with a massive increase in production levels, the Brazilian government, with the aim of implementing quality controls, provided incentives for the creation of coffee cooperatives. As a result, in 1957, the newly baptized Cooperativa Regional de Cafeiculturas em Guaxupé (Cooxupé) inaugurated its activities: buying coffee from local producers and grading, processing, storing, and commercializing it throughout Brazil and, more importantly, the world.

Over half a century later, Cooxupé has grown into Brazil’s Number One coffee exporter; over 10 percent of all the Arabica coffee produced in the country passes through the cooperative. Comprising the bulk of Cooxupé’s business, exports account for around 85 percent of its sales. In 2010 this translated into 1.8 million (60kg) bags of coffee being shipped overseas. While Cooxupé directly exports 50 percent of its coffee, another 35 percent is sold to export companies located in Brazil (many of them multinationals). The remaining 15 percent is sold domestically to companies that either roast the beans or transform them into instant coffee.

The emphasis on international trade stems from the fact that beans grown in the Cerrado and south of Minas Gerais as well as the north of São Paulo are the finest coffees in Brazil. “For this reason international buyers are very interested in them.” explains da Costa. “They are also willing to pay higher prices than domestic buyers.”

To meet clients’ exacting demands, Cooxupé offers technology, infrastructure, and services that set it apart from its many competitors and further enhance the quality of the raw beans cultivated by its producers. Aside from its main headquarters in Guaxupé, the cooperative possesses 16 affiliates, five branch offices, and numerous reception stations dispersed amidst 200 municipalities in Minas Gerais and São Paulo. Total production capacity currently exceeds 5 million bags. The company also boasts 40 storage warehouses and 140 professional agronomists (out of a total work force of 2,000) who provide producers with technical assistance ranging from soil analysis to planting methods.

BENEFITS FOR PRODUCERS
“Around 95 percent of our producers operate small, family-owned farms,” says da Costa. “Our technical assistants play a key role in that they’re aware of all the latest machines and technology and they bring them to the producers who don’t always have the same access that major growers do. By organizing seminars and other events throughout the region, they also enable producers to exchange information and learn new techniques, with the goal of increasing quality and productivity.” Such incentives have had a major impact. Today, for example, close to45 percent of the co-op’s 12,000 members participate in sustainable programs that adhere to strict standards in terms of quality, environmental friendliness, and social responsibility.

Other distinctive benefits that Cooxupé offers producers include liquidity and security. With respect to liquidity, the coop purchases beans every day, based on the given market price of coffee at the moment, and producers are free to sell as much or as little as they want, when they want. They can even sell to another buyer if they find one that offers them a better price.

According to da Costa, this type of flexibility is rare, as is the degree of security the co-op offers producers. “Sometimes cultivators can encounter problems commercializing their harvest,” he explains. “But with us, growers can be certain they will receive payment. This sense of security is highly valued by small farmers. Our long history in the market has earned us a reputation for solidity and integrity; producers know they can count on us.”

Such trust extends to other areas as well. For instance, Cooxupé has a program through which producers can purchase fertilizers and pesticides on credit. Instead of having to take out a bank loan with high interest rates, they pay for their purchases the following year once they’ve sold their harvest. In fact, in areas where there is widespread cultivation of soy, corn, and vegetables as well as farming of cattle and sheep, some of Cooxupé’s affiliates actually commercialize fertilizers, agrichemicals, and feed rations (sales of these products represent around 3 percent of total revenues).

STAYING GROUNDED
Of course, Cooxupé offers many differentials to its buyers as well. Among the company’s two largest global clients are Starbucks and Nespresso. “They favor us because of the large volumes we offer in addition to the consistency of our products and services,” says da Costa. “Consistency is a crucial factor, especially when it comes to shipping and delivery deadlines.”

It’s also a major factor in terms of quality. In fact, it was with increased quality control in mind that, in 2008, Cooxupé invested in a state-of-the-art analysis laboratory where beans are rigorously tested and classified as well as roasted, ground, and finally tasted. With the aid of a computerized bar code system, beans from each co-op farm can be tracked during testing and preparation up until their final delivery in Brazil or overseas. Beans of an exceptionally high quality are reserved for the company’s Specialty Coffee Department, a division that specializes in the production and export of gourmet coffees, a segment that continues to grow internationally.

As for Cooxupé’s own growth, the company believes in taking advantage of market opportunities while expanding in a measured fashion. “Since the majority of our producers are so small, we can’t take great business risks,” confesses da Costa. “Adopting a careful strategy assures us gradual, yet solid growth, which is particularly important when you’re dealing with a commodity where market demand changes and price shifts can be quite volatile.”

Proof of such fluctuations is in the figures; in 2010, Brazil produced 5.1 billion bags of coffee, while this year that number is expected to shrink to 3.8 billion. Next year, however, predictions are that output will soar again, reaching 5.8 billion bags. During this time, prices have continued to rise. As a result, so have Cooxupé’s profits. Last year the company took R$1.8 billion (roughly US$1 billion) in revenues and, this year, despite the smaller harvest, it expects to earn over R$2 billion (US$1.2 billion).

“No matter what happens with the market, we have our feet planted firmly on the ground,” admits da Costa, adding that, apart from technology and sustainability, the company’s traditions also serve it well. “Regardless of how much we’ve grown, we always maintain constant ties to our clients throughout the world. We’re constantly visiting them and, of course, they’re always visiting us. We exchange samples, information, and ideas, and ultimately we become quite close. In fact, when the coffee plants begin to flower, we receive lots of buyers who come to inspect and taste our coffee. It doesn’t matter where they come from – the U.S., Europe, Japan – to us they’re not just clients, they’re friends.”

Open Up Your Facility Without Breaking Down 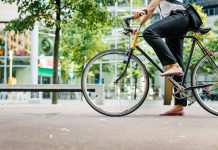 Commuters Look To Micromobility Amid The COVID Pandemic

Open Up Your Facility Without Breaking Down

Commuters Look To Micromobility Amid The COVID Pandemic

Champion Coach Plans for the Future with NFI Parts