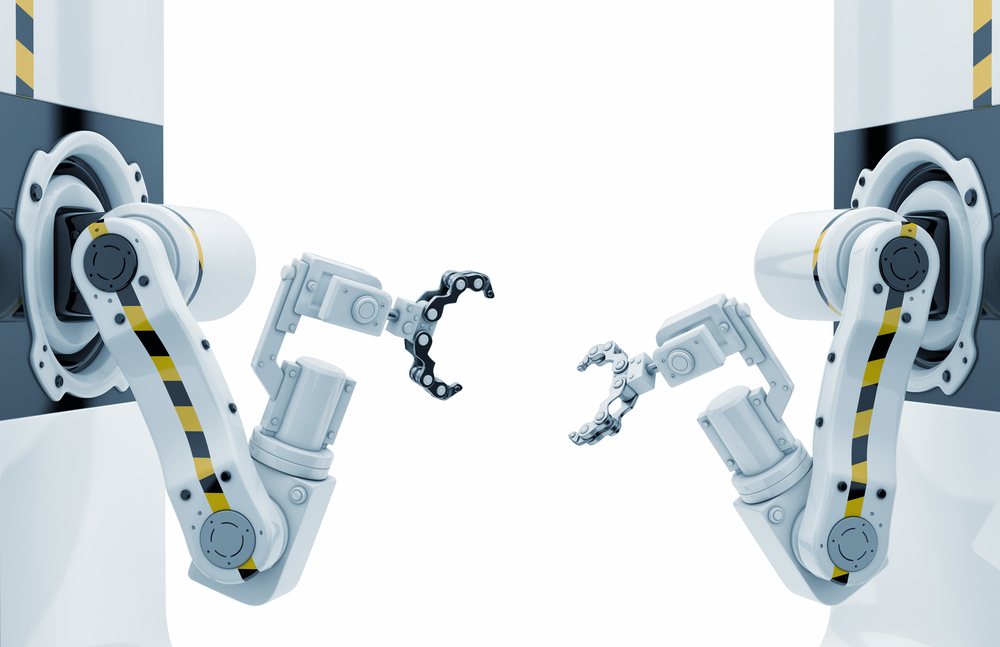 When Apple fans line up for the mega-giant’s latest releases, they’re likely unaware of the increasingly sophisticated paths those products took to get to the stores. Instant demand for new customer products is turning supply chain management on its head. Welcome to the age of robots.

Supply chain automation as a strategy to keep up with consumer demand and reduce costs is no new concept. What is new, however, is the accessibility of the latest generation of robotics and automation solutions. Currently, 72 percent of enterprises use robotic automation and usage is on the rise, accelerating deployment of intelligent machines across manufacturing, warehousing and distribution to a record pace.

The ripple effect is a host of new opportunities and challenges for supply chain organizations, the most critical of which is securing the skills required and changing the way people work in a more digitized industrial environment.

Automation’s Impact on the Workforce

Each chapter of the Industrial Revolution reveals a common ebb and flow in the number and makeup of jobs. As early as the steam engine, innovation displaced certain workers with new ones who, for example, had cognitive skills like creativity and problem-solving. This will continue with robots. According to the World Economic Forum, by 2022, the shifting labor division between humans, machines and algorithms will result in 75 million lost job roles, but an addition of 133 million job roles, netting 58 million.

Amazon exemplifies this dynamic. The company had about 45,000 employees when it introduced robots in 2014. Now, with upwards of 80,000 robots in operation, Amazon employs more than 600,000 workers. Similar results have been found across the organizational spectrum, from large multi-national employers to small manufacturing companies.

Out With the Old, in With the New

As technologies advance through each industrial revolution, jobs—and job titles—have shifted to mirror newly required skills. In fact, a recent MIT study concluded that in the past decade, occupations boasting a 10 percent increase in job titles also grew 5 percent faster. Many unheard-of job titles, for example, emerged through the rise of cell phones, mobile apps, social media and cloud-based services.

This trend is well underway in the automation age. Job roles characterized as task- or manual process-based are declining, and even likely to disappear, in the next few years. Concurrently, traditional occupations, such as machinists, welders and technicians, are spawning new job roles like “mechatronics,” which combines mechanics and systems design.

The rapid emergence of new roles presents an enormous challenge to companies’ pursuit of automation implementation—and an ever-widening skills gap.

Never before has technology disrupted American society at such a rapid clip. The skills gap is projected to leave 2.4 million positions unfilled between 2018 and 2028, with a potential economic impact of $2.5 trillion, according to Deloitte. Furthermore, 80 percent of manufacturers report a shortage of qualified applicants for skilled production positions, which could result an 11 percent loss in annual earnings. Even as 80 percent of manufacturing executives are willing to pay more than market rate to fill positions impacted by the skills gap, 60 percent of those positions remain unfilled.

Skilled workers are key to corporate success and global economic development. But which skills are needed for a future of automation? As Deloitte puts it, digital skills like programming and technology must marry human skills such as critical thinking, emotional intelligence and creativity. But if there is one skill to encourage among future workers, it’s the ability to keep learning and adapting.

Between 75 and 375 million displaced workers may need to switch occupational categories and learn new skills by 2030. For the supply chain’s automation age, learning can take different shapes:

The changes will keep coming in the age of robots. Some may be evolutionary, as workers adapt to new technologies, while others will be revolutionary, leading to new industries and job roles. The goal, however, remains the same: ensuring that the evolution of our human skills keeps pace with automation.