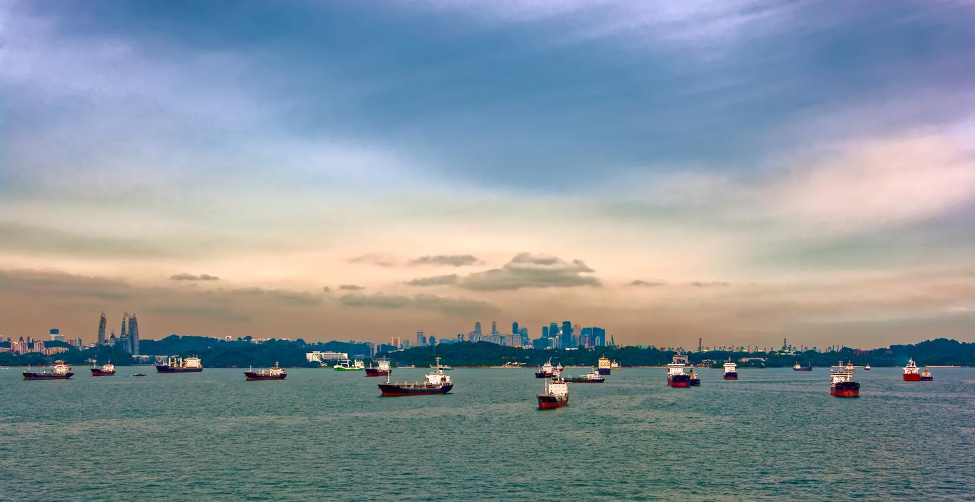 Holiday shortages will be just the beginning unless we take this time to consider more systemic fixes.

Much of the recent focus in the media regarding the supply chain crisis seems to be oriented around shortages and how consumers should do their holiday shopping early to avoid the inevitable crunch. Meanwhile, retailers scramble as they try to figure out how to weather the seasonal chaos. These are legitimate concerns but they are extensions of the just-in-time approach to supply chain management. They are short-term concerns whereas what we are seeing is a full-scale red alert begging for fundamental reassessments of our entire supply chains. Getting through the holidays will still leave supply chains vulnerable for everything that lies beyond. As soon as the holiday nightmare (from a supply chain perspective) is past us, companies would therefore do well to devote their attention to medium- and long-term solutions that are more sustainable in every sense of the term.

The Limits of Short-Term Measures

What many don’t realize about the current supply chain crisis is that the roots of it go much deeper than the pandemic. They go back to the 1980s, when companies and entire industries began outsourcing manufacturing and production to other countries as part of an attempt to cut costs. It did lower costs, but it also made these industries completely dependent on increasingly intricate and complex processes wherein supply chain disruptions became a regular occurrence during the 2000s and were exacerbated by the U.S.-China trade war in recent years. And then there was the COVID-19 pandemic, the boulder that broke the camel’s back.

As mentioned, one of the ways the media has been covering the current crisis is as a consumer issue in which the main concern is that of people being able to find and purchase what they want when they want it. Here, the advice being given is for consumers to start their holiday shopping early, utilize premium shipping options when available, and consider alternative gift ideas. Retailers, for their part, are also trying to make the best of a difficult situation by pitching early shopping as well.

Obviously, this will only go so far. Retailers that are big enough and have the resources are therefore resorting to more dramatic tactics such as chartering their own ships. The costs for doing this are exorbitant due to the increase of demand for charter ships, but companies such as Walmart, Target, and Home Depot are doing it anyway—partly because they can afford to, and partly because if they don’t they risk losing even more money. Flying in goods by air is another very expensive tactic that a number of companies have been increasingly using for products that normally only make sense to ship by sea such as car tires and Levi’s jeans.

Ultimately, as far as the 2021 holiday season is concerned, it is likely too late for companies to do much more about it at this point unless they’ve either already executed contingency plans or, like the Walmarts and Home Depots, have the resources for more extreme measures. Once again, however, after the seasonal chaos has passed businesses will need to rethink and reassess their end-to-end supply chain processes.

Marketing Must Serve the Supply Chain

All too typically, marketing and supply chain exist in their own separate universes, and so long as a marketing campaign increases demand it is considered a success. But is it a success when, for example, Tesla has struggled for years to keep up its production with the level of demand created by its admittedly superb marketing? Or when McDonald’s runs out of hamburgers due to the demand created by its marketing for the Travis Scott Meal? If marketing truly existed in a vacuum, then yes, these examples could be considered successes. But since marketing is supposed to serve the greater business entity as a whole, instances like these are actually failures. Combined with a pandemic-induced surge in demand and you have a supply chain crisis in the making.

Organizations should therefore seek to make marketing a servant of the supply chain, not the other way around. Rather than fret over how to fulfill demand for the products that people want during the holiday season (which is itself influenced by marketing), they should look at what products they can get in time and focus on marketing those as effectively as they can. Admittedly, this will never be easy, and no matter how clever the marketing there may be limits for how much people can be convinced that, let us say, granite cleaner will make for a good holiday gift. Still, the basic principle that marketing needs to be reigned in and integrated with the supply chain is one that companies should heed.

The Need for Supply Chain Visibility

Lack of supply chain visibility has long been a problem but very few organizations understood the potential consequences of it until the pandemic. Looking ahead, the companies who will be best positioned to weather current and future storms will be the ones who invest much more heavily in visibility because whatever other solutions may be implemented, the first step must necessarily be visibility. Without a clear understanding of one’s entire supply chain—and, by extension, of one’s capacity—all solutions essentially amount to guesswork. Many companies don’t know, nor do they even understand the importance of knowing, who their Tier 2, Tier 3, and Tier 4 suppliers are. This lack of visibility can present all kinds of problems. Attaining greater visibility doesn’t solve any of these problems by itself, but it makes you aware of what those problems are, particularly with respect to capacity, so that you can look at alternatives.

Supply chain visibility is also important not just with respect to bolstering capacity but in terms of aligning a company’s supply chain with its organizational values, ethics, and sustainability goals. There is far more human trafficking, labor exploitation, forced labor, psychopathy, and unsustainable practices in supply chains than most companies, and certainly most consumers, are aware—particularly in the lower tiers of suppliers where there’s usually far less visibility. Surveys indicate that by and large people do care about ethical sourcing for the products they consume and are even willing to pay more for products that are ethically sourced. They also want companies to be more transparent about their supply chains. For many, the pandemic served as a trigger to reassess their purchasing habits and to place more emphasis on ethical and sustainable purchases. But for companies to be able to provide that transparency they will first need to attain more supply chain visibility since you cannot make transparent what you cannot see.

Less Can Be More

Another issue that goes hand-in-hand with supply chains is inventory. For too long, the “more is better” ethos has implicitly been taken for granted as conventional wisdom, but yet another truth that the pandemic has shown us is that more is not necessarily better. More SKUS means more suppliers, more logistics, more costs, and more things that can go wrong in the supply chain. A common mistaken notion is that reducing inventory will hurt sales, but if SKU rationalization is done correctly, the reverse is actually true.

Aside from all the potential benefits of simplifying inventory, more choice does not even necessarily make consumers happier and they are waking up to this. “Less is more” will therefore increasingly be a smarter approach for many, and SKU rationalization is the way to do it. More companies, such as Best Buy and American Eagle, have been implementing SKU rationalization, and Bed Bath & Beyond credits SKU rationalization to attaining 95 percent in-stock status for their products during the pandemic.

A characteristic feature of crisis situations is that the immediate pressure of the moment rarely leaves people with the luxury of pondering deeper questions besides how to get through the crisis. The pandemic has illustrated this on many different levels for just about every industry. And yet at some point we  are going to have to ask much more foundational, long-term questions. For most retailers, getting through this holiday season will be the most urgent, short-term concern. But once the seasonal chaos has passed, they will want to address the medium-term issues of supply chain visibility, SKU rationalization, and better integration of marketing with supply chains. But even these solutions will at best only mitigate issues that will continue in the midst of a pandemic with no clear end in sight, let alone whatever other black swan events may occur. And, again, the pandemic did not create this supply chain crisis; it only served as the crushing blow for a system that was already unsustainable in many ways. The worse the crisis gets, the more the consensus among economists is that it could blow the world economy off course, and the more that no one quite knows what to do about it. While, up to now, we have been reassured that inflation is only temporary, sustained shortages combined with higher demand over time, such as what occurred in the UK during the 1970s, present a real existential threat.

None of this is to diminish the most immediate concerns that retailers and consumers have about the approaching holiday season. But it may be helpful to contextualize these concerns, and their possible solutions, within the broader context of the world economy as a whole. Doing so may help us go beyond short-term and medium-term solutions that will only get us through the next several years and to begin contemplating deeper, more foundational and long-term solutions that cannot be discovered and implemented by individual companies alone but by the collective cooperation of consumers, companies, entire industries, and their governments and policymakers.