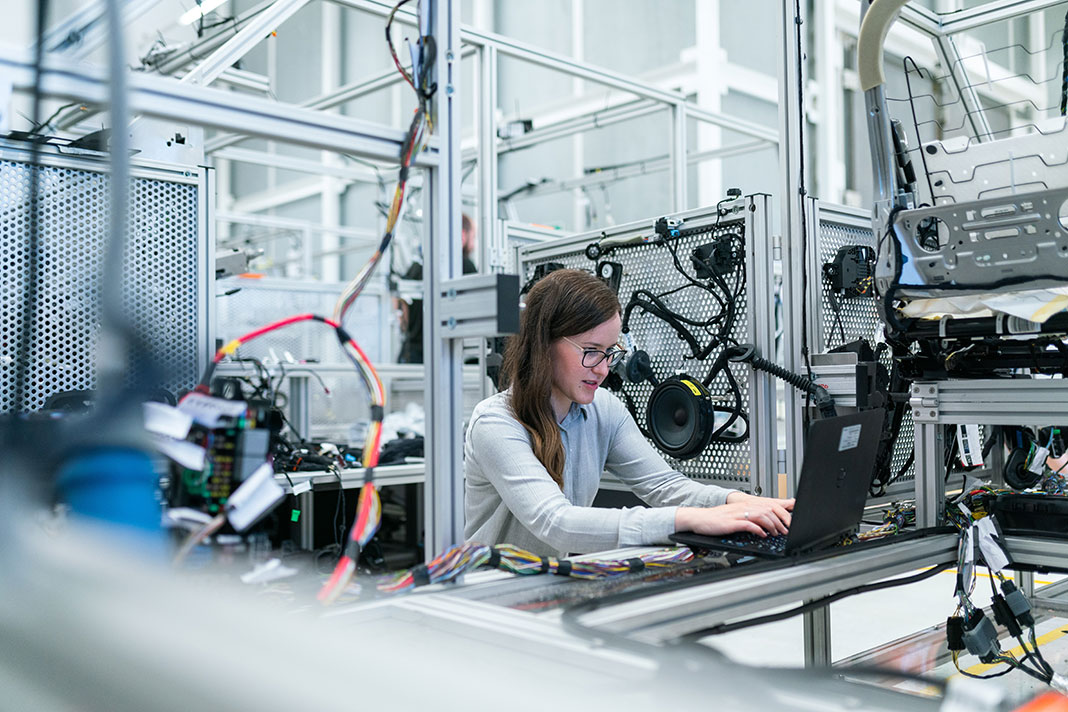 Gender inequality in manufacturing is huge. In the UK only 11% of engineers are females.

When most people hear the term ‘’manufacturing’’, they imagine long rows of assembly lines and people who work long hours. This is a stereotype that has been kept alive for decades now. Even though it is rather outdated, it still lingers on. It also answers the question of why so few women join this industry.

According to Women in Manufacturing, three-quarters of the female population don’t even consider manufacturing as a potential career. Women do not feel attracted to such a career path and because of such stereotypes, they aren’t able to envisage themselves in such positions.

Why Is This Happening?

Even today when gender discrimination is at its lowest point ever, we are looking at such male-dominated industries. Companies still do very little to encourage females to join their circles, especially when it comes to the top positions.

More and more women are moving away from manufacturing, sharing their unhappiness with the position they’ve worked. They comment on how they’ve been treated differently in an environment that employs more men than women. This goes beyond stereotypes and moves much closer to discrimination.

Including women in the business world has proven to be highly profitable for businesses. There is much paperwork about inequality that points out how devastating this can be not only for society but for the success of businesses, too. If you’re interested in reading some useful and well-crafted information about gender inequality, check out https://gradesfixer.com/free-essay-examples/gender-inequality/. Such resources to read can teach you a lot about how devastating gender inequality can be to businesses, as well as the world.

Due to such inequality and discrimination in the workplace, manufacturing is one of the industries with a large pool of untapped talent. There are highly qualified females with high-level education degrees that are not given their rightful spot in such companies because of inequality that has persisted for centuries.

As a result of all this, experts have come up with the Shine Theory. This theory is linked to women who try to break the barriers in male-dominated industries such as manufacturing. The theory focuses on the potential success of women if they were given the same opportunities, as well as an incentive as males.

In other words, this theory showcases that surrounding such businesses with successful and trained females, as well as males, can create a much more positive atmosphere and higher success.

When a woman is given a role where she’s surrounded by mostly men, it can be much harder for her to succeed. Getting a new job is a challenge on its own, but feeling like you don’t belong is pushing you down even further.

Gender inequality in manufacturing is huge and everyone is well-aware of it. However, some solutions will potentially reduce gender gaps over the years. In the UK alone, only 11% of engineers are females. Women don’t even seem to choose this path because of it, with only 15% of engineering graduates being of the female gender.

Cultures are built with the involvement of everyone starting with educators to employers to parents. The world has governed cultures where only one gender works in a specific industry. For this to change, we need to start at the beginning.

It begins with teaching educators and parents about the sector and encouraging young people to join a prosperous career without gender inequality. Manufacturing does a very poor job of educating young people, especially young women, about this industry. If you ask female kinds, they’ll know almost nothing about manufacturing unless their parent has joined this industry.

Even if women knew about such opportunities and showed interest, they’ll be repelled by what the very few females who work there have to say. This is why the second step is to change the company’s behavior at its core. It moves on to companies who should hand out the same opportunities to both genders and not promote discrimination in the workplace.

If a company doesn’t change its internal culture, it won’t be able to attract more women. Even with strategies that attract such talent and fair offers to qualified individuals, they won’t be able to retain their employees unless they make grand changes. Offer women a clear path for advancement, equal pay, and try to fix the gaps in the working relationships in this industry. This is the only way to make progress in manufacturing.

Lastly, people learn by example. If the conditions are right, more and more females will join the manufacturing industry and the best of them will become a huge example of why others should join it, too. This is how the world has changed over the years and how we’ve beaten gender discrimination. Women have been judged for being different, but then made amazing results in places that no other women wanted to come close to before.

Judy Nelson is a gender discrimination lawyer who works in a renowned firm in California. She has spent a decade defending the rights of women around the globe with a focus on the workplace. In addition to working as a lawyer, Judy writes insightful advice on blogs and journals published online.