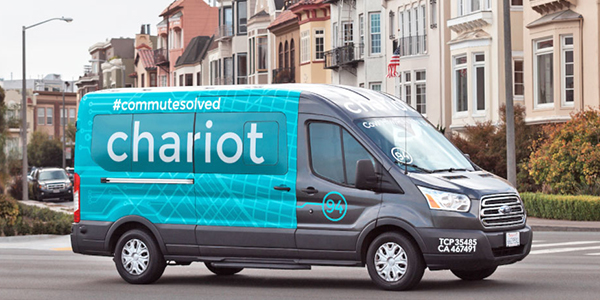 This company manufactures comfort. The luxury passenger vehicles it produces are literally living rooms on wheels, equipped with what could be the coziest seating any creature of comfort could hope to find in a vehicle. But that’s not all Chariot Vans, Inc., of Elkhart, Ind., offers its customers seeking the most discriminate details available in a vehicle.

“We have found that one of the biggest-selling features of our vans are the extremely comfortable seats we use to outfit the vans we convert,” says Kevin Slater, vice president of sales and marketing. “On survey after survey, consumers tell us their No. 1 reason for purchasing a Chariot van is the cushy seating.” These luxury vans are not used exclusively for traveling, as are RVs. “They are used as passenger vehicles and when owners do travel, their vans offer them and their families a big bonus in comfort.”

Challenging Goliath
One of the recent challenges facing Chariot was America’s love affair with the SUV. “Van popularity dropped off right around 1994 and popularity slipped for several years in favor of SUVs,” explains Slater. “Auto manufacturers were promoting SUVs with very attractive incentives and very low lease payments. This is all changing now as the infatuation with SUVs is beginning to show signs of wear, as will anything that’s a fad.”

Automotive OEMs say consumers bringing in their SUVs now want to trade them in for a vehicle with more room and more amenities and are increasingly considering conversion vans as the more attractive option. Also, OEMs are not offering leasing incentives on SUVs as they had been just a few years ago. “Reality is setting in on the consumer in terms of what the payments will be for those SUVs.” This is good news for Chariot, which is enjoying a 10-percent increase in the overall van market this year over last year, despite the economic downturn.

Dollar-for-dollar value is evident in luxury vans over SUVs costing the same or even more. Amenities abound in Chariot vans, the most popular being electronics and TVs. “We offer about eight different types of TVs. For people who can’t park a high-top van in their garage, we offer TVs that can be installed into the ceiling and can be flipped down for use,” says Slater. TVs can be as large as 13 1/2 inches and as small as six inches. Video cassette players and DVD players are also popular items among consumers. “The TVs we install function as real TVs, unlike the mere monitors OEMs install in the factory. There is a definite difference between what we offer in audio visual and what the OEMs offer.”

Custom Chariots
Chariot Vans works closely with dealerships selling Chevrolet, Ford, Dodge, and GMC vans. “When we receive the vans from these OEMs, they are incomplete with no interiors,” explains Slater. As a second-stage manufacturer, Chariot can offer a wide range of amenities in the way OEM factories can’t because the company can more effectively control its manufacturing costs and inventories, says Slater.

“It is our belief at Chariot that customers want a luxury van that does not look like it was factory produced,” Slater continues. “While some of our competitors went to producing molded vinyl interiors, we at Chariot maintained the Chariot look, which is the solid walnut window ledges and valances and rear face plates all tastefully done. Our customers want a living room on wheels and we try to achieve that look for them.”

The manufacturing process at Chariot can be considered an environment of old-world craftsmanship. “Most of the industry builds the vans similarly to the way auto manufacturers do – in assembly-line fashion,” explains Slater. “We, however, use what we call a stall assembly system. First of all, we have one facility doing the rough work where they cut holes and install windows and wiring harnesses, insulation, seat pedestals, and carpeting. Then the van leaves that plant and enters another, where it is finished by a two-man team in a stall assembly system, where it remains until it is complete.”

Because these teams are building similar vans every day, Slater explains, they become extremely proficient, resulting in better quality assurance. There also are fewer opportunities for the vehicle to be subjected to things such as common dings, as happens often in assembly lines.

Chariot Dependability
Surviving in this unpredictable economic landscape is a challenge for even the most intrepid of souls. Chariot proved its mettle and not only survived, but did so in style, having grown over 33 percent over the last two years. “Our business plan is quite simple – like doing the right things every day and being cautious by watching your expenses,” says Slater.

As a mid-sized company, Chariot could adjust more quickly to the necessary changes demanded by the downturn. “We adjusted our overhead and we took a hard look at our product and decided to redesign it so it was easier to assemble for us and easier for dealers to service,” Slater says.

Chariot knew it had a superior product and maintained that resolve, even while the industry catered to the trendy and faddish needs of the SUV consumer. “The van incentives stuck out like a sore thumb since the SUVs were not being sold with enticing rebates,” explains Slater. “Our sales were not as hot as those of SUVs.”

Quality shows when consumers need to use that warranty card. “Our warranty rate is extremely low for the industry and less than a half percent of our total sales goes back to warranty claims and that’s phenomenal in this business,” Slater says, noting the industry average is about 2 percent to 2 1/2 percent of sales.

Building its reputation on quickly processing any claims, Chariot began to establish a solid foundation of dependability among dealers. A large part of this reputation is attributed to Chariot’s employees – about 70 of them – who like their work. “Our employees have a very good work ethic and like their jobs and that kind of attitude really ends up in your product,” Slater says, noting Chariot has very little turnover and “our personnel stability is greater than that of our competitors.”

Down the Road A Piece
With many new projects on the horizon and already in the works, every day Chariot is proving its ability to survive and flourish. It completes packages for SUVs and pickup trucks, enhancing them and giving them custom looks for discriminating consumers. This part of the business accounts for about 20 percent of Chariot’s overall business. With three facilities humming away every day, Chariot produces 12 units a day, including about 10 luxury vans and two SUV/pickup packages.

Two other new endeavors include handicap-accessible units and shuttle vehicles used by airports, motels and hotels, and churches.

“I think down the road we will be a company that the industry and consumers consider a good, solid survivor, and I expect us to be in the top five,” says Slater. “While we are doing that, we will continue to serve not only our dealers with excellent products and service, but the end-user as well. Over the next few years our reputation will continue to strengthen among dealers and more and more dealerships will want to stock Chariots because of our attention to the most discriminating of details.”