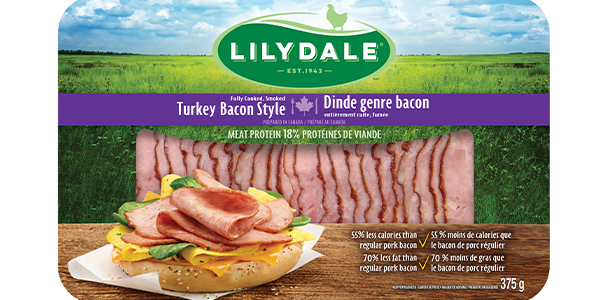 Even though candy is a big part of American life and the confectionery industry wants to promote and celebrate it, we’re always mindful of our place in the diet. Candy is a treat and meant to be consumed moderately as part of an overall healthy, active life. Candy contributes less than 2 percent of calories in the average American diet, according to data compiled the U.S. Department of Agriculture.

The industry takes very seriously its responsibility to promote healthy eating messages and to work with opinion leaders like the American Academy of Family Physicians and the National Association of Sports and Physical Educators who promote activity and balanced diets.Lilydale Inc., the leading Canadian poultry producer, has been around ever since its days as an egg cooperative in World War II, and its executives say they have learned the most important lesson of operating a successful food company, Listening.In the last few years, Lilydale has listened to consumers’ concerns about freshness and food safety issues, and so the company has focused on changing from a focus on more commodity type production to building up its brand name as a provider of the highest quality poultry.

At the same time, Lilydale has also listened to the concerns of its largest Canadian customers, like the retail giant Costco, to make sure that it has the best order fill-rate of any poultry producer, satisfying orders at a rate as high as 99 percent, even though that means at times Lilydale is not making as much in short term dollars as if it sold its product on the commodity market.

“I think it’s about being there long-term,” said Anthony Spiteri, the vice president for marketing at Lilydale, which is headquartered in Edmonton, Alberta. “The attitude that we take is that we’re there for the customer, long-term. We have multi-year deals, and they’re committed to us and we’re committed to them.”

From co-op to corporation

Spiteri explained that while the fill-rate for orders for some of its competitors is in the range of 80 percent, at Lilydale it is more than 97 percent and close to 99 percent for fresh chicken in the company’s strongest base of western Canada. Lilydale’s commitment to long-term relationships and to better consumer branding is part of a broader effort to remake the company since earlier in the decade.

In June 2005, the company voted to end its 65-year run as a co-op and converted to a more conventional corporate-type ownership structure. Company officials said the new structure makes it easier for Lilydale to access outside investment capital, pursue acquisitions or even go public at some future date and thus respond more quickly to changes in the marketplace.

Spiteri said that over the years as a farmer owned cooperative, the focus was on moving as many units of fresh chicken and turkey as possible. Today, Lilydale still has a close relationship with farmers, many of whom are now shareholders in the private equity company, but the emphasis is on growing the brand name and not on overproduction.

Lilydale’s roots go back to 1940, when a group of farmers established the “Alberta Poultry Producers Ltd.” to help them provide better quality poultry products to a wider consumer base. During its first few years, the new co-op, which had purchased a large plant in downtown Edmonton, was drawn heavily into the World War II effort, becoming one of Canada’s three suppliers of eggs to the troops that were stationed overseas.

The company evolved over the years into a leading poultry processor, and by the early 1970s it had left the egg side of the business altogether. Today, Lilydale, which a company executive had named for his hometown in Alberta, employs some 2,700 people.

Although it’s strongest region remains western Canada, the company sells chicken and poultry products from coast-to-coast, with a long-term goal of increasing sales in the most populous province, Ontario. The company recently opened a new processing plant in Quebec to better serve eastern Canada. Altogether, Lilydale operates seven processing plants, four hatcheries, and one manufacturing plant. Although some of the company’s product is exported as far as Africa or Russia, Spiteri said, the Canadian marketplace remains the primary focus.

Today, branded products account for more than half of Lilydale’s sales. Spiteri said that the main thrust of the company’s efforts over the last five years was to get consumers to identify Lilydale as the freshest poultry that is produced in Canada — a goal that has been largely successful.

“We built a brand on the back of our existing organization,” Spiteri explained. “Today, we’re leveraging the brand into a larger product mix.” Lilydale is marketing an increasing array of products aimed squarely at shoppers’ interests in combining freshness with convenience and taste.

Spiteri singled out the company’s fried chicken products that Lilydale ships to deli counters and supermarkets across Canada. He said that after listening to Lilydale’s customers, the firm focused on developing a Crispy Chicken that wasn’t just healthier than any other fried foods but was prepared in such a way that it contains no trans-fat whatsoever. The launch has been a huge success.

“Some people don’t even sell it as a `healthy alternative,'” Spiteri explained. “Some just market it as `fried chicken.’ They just say, `Here’s a great tasting chicken'” despite its low fat content. In addition to Crispy Chicken, Lilydale’s ever-growing line-up of prepared products includes chicken wings – hot and spicy, teriyaki, honey garlic, breaded and barbecued – as well as chicken strips and chicken and turkey roasts and slices for deli sections.

Although the company’s roots are in chicken, turkey and sausage products have steadily become a major part of Lilydale’s product line. Its expanded turkey offerings include everything from boneless, skinless breasts to the whole bird, while its sausage offers are made from beef and pork as well as chicken and turkey. In fact, Lilydale has been a leading sausage producer in Canada ever since it acquired Vans Sausage Company in Edmonton during the 1980s.

Spiteri said that one of the most exciting things about Lilydale has been bringing a number of young and talented new employees into the firm. He said that rather than simply focusing on a candidate’s resume or any past experience in the food-processing industry, Lilydale tends to look for new hires who are dynamic problem solvers with an aggressive attitude.

“We’re always looking for talent — we’re that company that you hear about that will bring a talented person in before we even know exactly where they will fit in,” Spiteri said. “I call them `the 110 percenters’ – they are passionate about the business and taking risks, and they are filled with integrity.”

Those new hires would seem to have an exciting future ahead of them. At Lilydale, it may be true that the egg came before the chicken, but in the 21st century it is poultry that the company is taking to a higher level.There is a lot of misinformation about candy’s role in the diet and we work very hard to dispel myths and promote science-based information about confectionery. We also want to remind people that a little candy makes life sweeter.