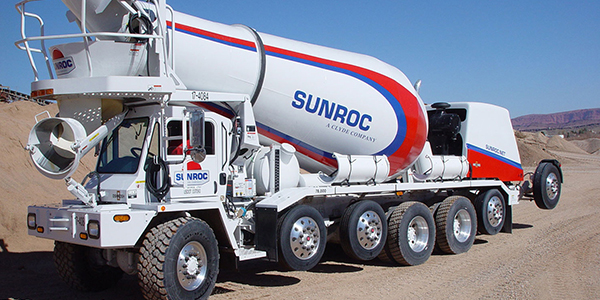 Founded in 1922 as Sunroc Spring Water Co. to bottle and sell natural spring water in Pennsylvania, Sunroc started making water coolers in 1935. Back then the technology was largely un-proven, often unreliable and difficult to market. But Samuel Oliver Morrison, scion of the company’s founding family, persisted.
A government contract boosted Sunroc’s sales in 1936, and government work during World War II established the business. Now, on its 80th anniversary, Sunroc is an international manufacturer of bottled-water coolers, point-of-use (P.O.U.) coolers, pressure water coolers and drinking fountains that provides products to more than 60 countries.

Of the company’s evolution into a diversified corporation with four divisions, 375 employees and an ongoing commitment to customer satisfaction, W. Kenneth Clark, director of sales and marketing, explains, “Sunroc is small enough to provide personalized quality services yet large enough to handle across-the-board product needs. We are very engineering driven, and we have the most modern facilities in the industry.”

An overview of the divisions that make up the $60 million business highlights Sunroc’s expertise and diversity.
• The largest segment is the bottled-water and P.O.U. cooler division, which sells directly to commercial bottlers and through retailers such as Wal-Mart and Sam’s Club to consumers.
• Second largest is the electric water cooler and water fountain division, which sells to wholesalers and contractors who install them in schools, hospitals, stadiums, malls, offices and other institutional settings.
• Third is the Telkee division, which makes key control equipment for security systems. Markets include builders, security contractors and the government.
• Fourth in size is the Maid-O’-Mist division, which makes specialty plumbing and heating products such as vents for older buildings.

Growth stream
Sunroc’s growth has been achieved through both product development and acquisitions. By the mid-1960s, the company had an industry-wide reputation as a manufacturer of quality refrigerated coolers. By the 1980s, it had evolved into a national supplier of a full range of pressure water coolers and drinking fountains.

The biggest change came in 1985 when Sunroc’s management purchased the privately owned business from the Morrison family. The new management team, headed by majority stockholder and former CFO Anthony Salamone, focused on developing the quality and design of the bottle, P.O.U. and pressure coolers and expanding global market share.

In 1995, Sunroc relocated to a 250,000-square-foot facility on 44 acres in Dover, Del. Three of Sunroc’s four divisions are located here – the exception being Maid-O’-Mist, which is in Chicago, Ill. All manufacturing and assembly is done at the main site, which also has a large warehouse. Additional warehousing is maintained in Dallas, Texas, Denver, Colo., and Los Angeles, Calif. According to Clark, Sunroc is planning to add 100,000 square feet to its facility at the Delaware site to house a plastic injection molding operation.

Sunroc purchased the Cordley/Temprite division of Elkay Manufacturing in 2001 and moved the business to Dover. This acquisition expanded Sunroc’s product offering to a full range of bottled-water and P.O.U. coolers and made the company one of the only two major manufacturers of electric bottled-water coolers in the United States.

Reaching out to international markets, in 2000 the company began manufacturing bottled-water coolers in the United Kingdom and expanded its facility there the following year. Perrier, a division of the Swiss conglomerate Nestlé, is a major customer of the U.K. plant.

Turning on the creative spigot
Clark emphasizes that Sunroc’s mission is to enhance, improve and develop products to meet the ever-changing water market and is proactively listening to its customers. “We’ve hired a lot of new people with a lot of different talents on the sales and design side of the business,” he says. The marketer gives three examples of products emanating from that process last year:
• A barrier-free water cooler that meets the re-quirements of the Americans with Disabilities Act (ADA) and is designed for children. The “birdbath design” can be mounted at 34-, 32- or 30-inch and allows children in wheelchairs to approach the cooler from the front.
• Water coolers for the P.O.U market that have a line extending from the water supply to the unit and a built-in filter to trap contaminants. Viewed as a growing market, P.O.U. water coolers are viewed as an alternative to coolers that use three- or five-gallon bottles of delivered water.
• A high-styled bottled-water cooler with a 304 stainless steel exterior that is corrosion resistant. Steel exteriors are in current dem-and for their appearance as well as their durability.

Another product Clark describes as being readied for launch is a 14-gauge, welded 304 stainless-steel water fountain for schools, rest stops and prisons. “We’ve made the new product as vandal resistant as possible,” says Clark. “The product can withstand a high degree of vandalism. In fact, you can take a baseball bat to it and the bat will break before the water fountain is damaged.”

Citing government regulations that require availability of potable water in public buildings, offices, malls and other sites, the marketer projects schools and jails as two major markets in the immediate future. He adds, “We are also planning on capitalizing on the new regulatory code changes that will affect the market and the products we will be offering in the future. We will be introducing many new products over the next couple of years.”

Also on the drawing board are plans for aesthetic products with non-institutional designs and materials such as gold metallic finishes or molded resins. “We are becoming very product driven,” says Clark. “We are listening to customers and manufacturing products based upon market needs.”

The mission of the company now rings as true as its name. Sunroc was coined by Morrison in 1922 to describe the purity of the water he collected from a spring located on a rocky bank in at Pine Ridge, Pa. An idea whose time has come again – through Sunroc.