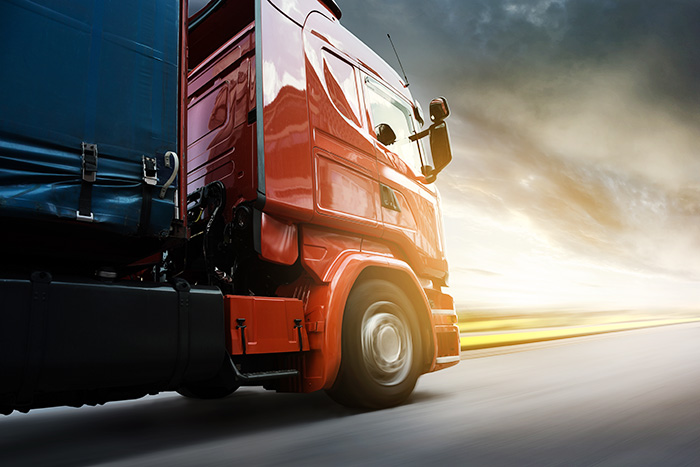 In recent times, there’s been a lot of focus on Brazil’s prolonged economic crisis. While many industries and companies have experienced turbulent times, Sotran S/A Logistics and Transport, a leading third-party provider of logistics services to the agribusiness industry, has been bucking the trend – and moving forward at an impressive speed.

Founded in 1985, in Londrina, a prosperous economic city in the southern Brazilian state of Paraná, Sotran started out as a transporter of cargo for clients in its home state. Over the next decade, the company grew slowly and steadily. It wasn’t until the mid-1990s when it recreated itself as Sotran Logística and adopted strategic new goals for expansion that it began to experience the high levels of sustained growth – in terms of business volume and revenues – that have continued unabated over the last 20 years.

In recent years, as many Brazilian companies struggled with one of the country’s worst recessions ever, Sotran has redoubled its focus on the twin tenets that, according to CEO Ruber Dallamaria, constitute the foundation of the company’s vision: technology and growth. By investing heavily in the former, it has been able to leverage the latter. Already in 2004, the company had begun to demobilize its transportation fleet, migrating to an Asset Light logistics model. In doing so, it increasingly came to rely on leased owner operators to facilitate transportation, diminishing risks while achieving greater flexibility and higher scale-driven cost savings.

With the savings incurred, Sotran was able to make strategic investments. In 2012, it earmarked R$2 million for new ERP technology that allowed the company to integrate its systems and processes. In 2015, it acquired 24.4 percent of Ricolog, a Parana-based transport company specializing in warehousing and road and rail transshipment services. Such investments permitted the company to branch out beyond Paraná’s frontiers into neighboring, agribusiness powerhouse states of São Paulo and Mato Grosso do Sul.

“Our performance in the agribusiness sector has always very strong. We’ve always been reputed for the quality of our fleet, and especially for those we subcontract,” said Ruber Dallamaria in a July 2018 interview with Valor Econômico, a leading Brazilian business publication. “Yet Brazil’s transportation segment is very poor in terms of its administrative culture. With the improvements we undertook beginning in 2012, we professionalized our management to the extent that we were able to overcome the fall-out from the economic crisis of 2008 and attract the interest of foreign investors.

One group of foreign investors that were particularly interested in Sotran’s potential was the Arlon Group, a U.S-based food and agricultural focused capital investment firm created in 2007 by the 200-year-old Continental Grain Company. In fact, the Arlon Group was so impressed with Sotran’s quality, credibility and ambitious plans that it acquired a 60 percent stake in the company.

“Arlon has significant operating experience and networks in the food and agriculture space, both in Brazil and globally,” explains Dallamaria. “Importantly, Arlon fully understands Sotran’s culture and is committed to supporting Sotran’s growth.”

The partnership with Arlon has accelerated Sotran’s growth on every level. In the last two years, expansion of its business vision and strategic teams has been accompanied by expansion into new markets and geographic regions. In 2017, Sotran branched out into states throughout Brazil’s South and Central West regions and in 2018, it made inroads into the Northeast and North of Brazil. As a result, today the company possesses over 165 operation points dispersed among all the major agricultural regions of the country. Having consolidated its presence throughout continent-sized Brazil, it’s now looking at moving into the rest of the South American continent. Initial plans to go global will kick off in 2019 as Sotran expands operations to Mercosul neighbors Uruguay, Paraguay and Argentina.

The combination of investments and expansion has spurred unprecedented rates of growth in terms of both business volume and revenues. In 2017, research carried out by Revista Exame business journal place Sotran among the top four players in Brazil’s logistics segment. And by the end of 2018, the company expects to have move up even higher in this ranking.

Sotran’s recent performance has been remarkable. In 2012, it transported 4.23 million tons of soy, corn, sugar, wheat, fertilizers, vegetable oils, seeds, cotton and other commodities. In 2018, the volume has soared to 13 million tons, representing a growth rate superior to 200 percent. Currently, the company undertakes more than 1,500 shipments a day. By the end of 2018, total operations will add up to more than 400,000 shipments. Revenues for 2018 are expected to exceed R$1.2 billion (roughly US$320 million); a 40 percent increase in relation to 2017 figures. In the last five years, the company has seen its income grow by 250 percent.

Such levels of growth show no sign of abating, particularly since Sotran is only beginning to reap the results of its largest and most daring technological investment to date. Indeed, the injection of U.S. capital has allowed Sotran to invest R$5 million (roughly US$1.3 million) in the development of TMov, an app whose objective is to connect the company’s active network of over 35,000 pre-approved truck drivers and regional carriers with available cargo at the company’s operation points throughout the country.

The app, which can be downloaded for free, means that carriers can match their specific equipment with individual customers’ freight requirements. With TMov, drivers only pick up cargo once a shipment has been confirmed; the result is savings in terms of both time and fuel. Apart from the security it provides (drivers are guided by the app’s GPS), TMov gives drivers the freedom to choose operations that are most practical in terms of pick-up and destination points and the type of cargo transported. The app also allows a driver to verify the cargo’s history, estimated mileage and earnings.

Roberto Rodrigues, a member of Arlon’s Latin America Advisory Board and former Brazilian Agriculture Minister is very excited about the direction in which Sotran is heading. “Agribusiness production is critical for the Brazilian economy and logistics have always been a challenge,” he confesses. “For this reason, it’s so good to see Arlon partnering with a leading company in the logistics sector that combines new technologies and world-class customer service to help Brazilian agribusiness companies grow their exports.”