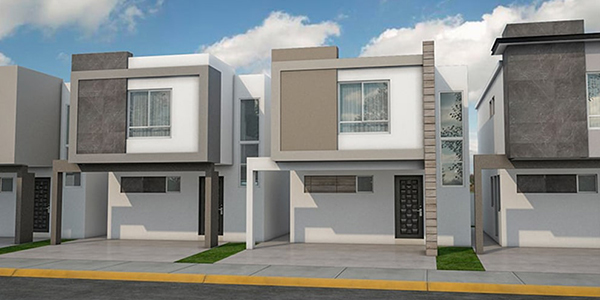 The word “javer” means friend in Hebrew, and Grupo Javer lives up to its name. The company started 32 years ago, born from the friendship of two college mates, Salomon Marcuschamer, son of Western European immigrants, and Fernando Alvarez, a Spanish immigrant himself. The college “buddies” obtained their degrees in civil engineering from the Monterrey Institute of Technology in 1967.

Bonded by similar traditional values related to work ethics and the culture of effort, Marcuschamer and Alvarez have dedicated their professional lives to building a leading company in residential, commercial and industrial construction. Grupo JAVER’s headquarters are located in Monterrey, where the company is ahead of the game in residential housing, experiencing an impressive growth of 45 to 56 percent rate in the last four years.

FAVORABLE LEGISLATION
According to Marcuschamer, the present market trends are the result of the Mexican government’s encouragement and facilitation of housing projects. “Our country has a housing deficit of approximately six million homes, and the numbers keep growing. President Fox’s new housing legislation is one of the most important governmental acts of this presidency,” he said.

Before this new housing legislation, only around 300,000 new units were built in Mexico each year, according to industry estimates. After the crisis of 1994, which paralyzed the country and greatly affected most industries in Mexico, followed by the globalization process that took many jobs abroad, unemployment rates soared, and many families lost their homes to rising interest rates. In addition, the government and private mortgage market languished for several years.

However, new government policies changed the role of the government in the housing segment. Traditionally, federal and state housing funds targeted different segments of the market such as infrastructure, urbanization, funding developers and construction companies, among others. With the new legislation, government funds are focusing their efforts only on financial aid, complemented by the activities of the Federal Housing Society – Sociedad Hipotecaria Federal – Banco de Mexico’s operational and financing bank fund for social housing. Other lending institutions are the INFONAVIT, the national institute that provides funding for full-time employees; SOFOLES non-banking institutions licensed to lend money for specific purposes such as housing, small business lending or automobile financing, and private banking.

In 2004, the government changed its policies to increase lending to the social pyramid base, which represented 78 percent of over nine million low-income workers without housing. A five-year plan created programs providing loans to full-time workers, self-employed small business owners, government and private sector employees. These new policies established savings programs with funding contributed by the employers as well as the employees. “Even people with informal jobs found a program that suited their needs,” explained Marcuschamer.

These new programs not only changed the governmental role as a housing provider but also stimulated the activity of the private construction sector, which through the new lending plans and the increased funding were able to reactivate their programs. However, developers and construction companies need to generate their own resources because the federal government provides only less that 1 percent or $800 million of the necessary $140 billion to achieve new housing projections.

WHAT JAVER HAS TO OFFER
“Companies need capitalization and their own resources for buying land and building infrastructure, because the loans do not kick in until the house is ready to be occupied,” said Marcuschamer. Unlike some competitors that had to shop internationally for funding, Grupo JAVER has its own financial resources and has relied on national Mexican banks and the Bank of Santander to finance its expansion.

“For instance, some competitors have acquired large pieces of land with the aid of international investors, which triggered a substantial increase in land prices, especially around main cities,” said the general director. Fortunately, Grupo JAVER has acquired a large land inventory through the years in the states of Nuevo León, Tamaulipas, Quintana Roo, and recently Aguas Calientes, Jalisco and Coahuila. “We have a reserve of 125,000 lots in urban territories, some in need of infrastructure,” he said.

The group is planning an aggressive strategy in 2006, especially in Nuevo León and Jalisco. Competitive advantages of the Group are based on efficiency and expense control, and the “regiomontano,” a mindset originating from Monterrey based on effort and work ethics. Professional designers at the firm have developed dynamic unit layouts that allow the construction either of a low-income house or a low-residential house in a lot of 90 square meters.

The technology is a combination of industrialized and semi-industrialized systems of French origin, adapted by the engineers at Grupo JAVER according to the geographical conditions of the regions, temperature, soils and labor skills. Although the Group is trying to increase the incidence of concrete in the construction of its urban developments, which speeds up the construction process, some regions are still reluctant to accept these types of homes.

“There is still some resistance in people’s mentality about the use of concrete, because it doesn’t allow expansion possibilities. Mexicans are known for their eagerness to immediately build an addition, expand the original house, or just do some renovations, which concrete does not permit in most cases,” Marcuschamer explained. However, the Group does educational campaigns to educate the consumer in the advantages of concrete as a cleaner, more efficient type of construction with converging hydraulic and electrical systems, and layouts with more rational, efficient use of space.

Concrete is also hard to use in states such as Nuevo León and Coahuila, where temperatures can range from very high during the day to very low at night. These types of climates require working special shifts for the concrete to forge and a very strict, demanding worksite schedule.

In order to keep up with such difficult schedules as well as to gain efficiency in administration, inventories, expenses, purchasing and worksites organization, the company has recently invested in an Oracle IT system that controls and handles the whole group’s operation. “It was costly, and it took a whole year to train our personnel to learn the new system, but our traditional control system was outdated. We believe in time this investment will pay off,” said the general director.

VISITING THE HOUSING COMPLEXES
Despite the financing level, each complex is always provided with security and a basic infrastructure, which might include sports fields, recreational areas, schools and health clinics. For instance, Nexxus Diamante, located in Escobedo, Nuevo León, is a residential complex that integrates two different prototypes in a very exclusive environment. It is located in a residential area, close to schools, commercial and entertainment centers, offering the best added value in the Escobedo’s Northern metropolitan area.

On the other side of the spectrum and despite financial restrictions, Grupo JAVER’s low-income housing complexes offer similar characteristics in safety, location and infrastructure. Such is the case of the complex Real de Palmas, located in Zuazua, Nuevo León, in an area of great potential growth, and close to schools, stores, transportation and services.

Real de Palmas is an INFONAVIT eligible project that offers three house prototypes, Reina, Condesa and Génova of 42.78, 59.52, and 57.51 square meters respectively. The three prototypes include two bedrooms and one bath, with living and dining areas, kitchen and one car driveway in a single or duplex layout.

“Zuazua is a new development of 14,000 units with an infrastructure that includes two schools, stores, health clinic and a church. We have already developed 9,000 units in the project,” explained Marcuschamer. Grupo JAVER has projections to develop an additional 55,000 units during the next five years in the state of Nuevo León. Despite being the fourth state in the republic in terms of population, Nuevo León experienced a construction boom in 2005, finishing the year with the most units built.

A SUCCESSFUL PHILOSOPHY
JAVER is a company that complies with industry requirements related to construction quality, labor compensation and safety, and commitment to its customers. Its social responsibility not only focuses on creating employment opportunities for the region, but in providing safe, adequate housing that protects traditional family values. JAVER is constantly working to optimize its designs, improve its living spaces and make the best use of people’s funding to accomplish the dream of home ownership.

The group currently hires over 300 permanent employees. “We have become an important source of employment in the areas where we develop our complexes, and have also created a new mentality related to discipline and work ethics. We demand a lot from our workers, but we pay 12 percent over the average salary in the segment,” said Marcuschamer.

These demands are not only for workers. The company has recently set new policies for its management team and administrative employees as well. “In order to become more efficient, for instance, we have reorganized our working schedule from 7:30 a.m. to 5:30 p.m. with half an hour lunch break, so that our working day has continuity. We set higher standards for everybody because we all contribute to this company’s strength with effort and dedication,” Marcuschamer concluded.