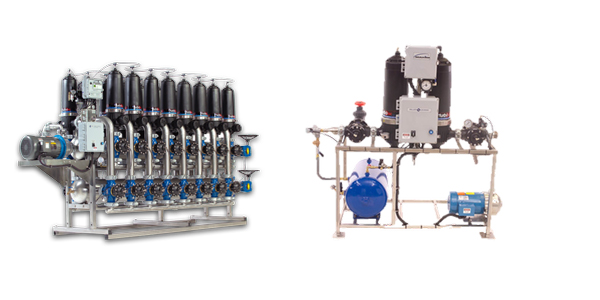 The top management for this nine-year-old, Daytona Beach, Fla.-based manufacturer of innovative filtration products is headed by Marty Shuster, the president; Chris Shuster, vice president of sales and marketing; and Larry Call, the controller.

“We have a very enthusiastic and motivated group of young professionals,” says Chris Shuster. “Our entire team strongly believes in what we are doing and where we are going. We see this opportunity to succeed in front of us. Many of us have committed to each other to be here long-term, to retire at Miller-Leaman someday.”

This team also brings other qualities to the successful operation of Miller-Leaman. Says Shuster, “Our people are well educated, energetic, and aggressive in wanting to rapidly grow the company. Our group is sharp and conscientious.”

As customers and vendors enter Miller-Leaman’s 52,000-square-foot, state-of-the-art production facility, they are greeted by a huge banner that hangs from the ceiling. It reads: RULE #1…IF WE DON’T TAKE CARE OF THE CUSTOMER SOMEONE ELSE WILL. As visitors make their way through the busy production area, a second banner expresses: THE CUSTOMER IS OUR #1 PRIORITY.

Bill Miller, Marty Shuster and Robert Leaman founded Miller-Leaman in 1991, and immediately began marketing a product called the Thompson Strainer. This is a patented stainless steel strainer that removes solid particles from water and other liquids.

Designed initially for the agricultural market, the Thompson Strainer has since grown into an entire family of strainers ranging in connection sizes from 2 inches to 10 inches, accommodating flow rates up to 2,000 gallons per minute.

About four years after the company opened for business, Shuster recognized that reaching out into new markets and applications was critical to the long-term stability of the company. “We did some market research and got into our first industrial niche, liquid fertilizer/agricultural chemical applications, in roughly 1995. It was perfect timing because the industry in general was going through some new government mandates, relating to environmental issues. These mandates forced liquid fertilizer facilities to be upgraded. While upgrading their facilities, they were also retrofitting their plant equipment, and that’s when our Thompson Strainer hit the market. With the help of a distribution network that believed in the attributes of our products, we immediately made a huge splash in the industry.” Shuster admits that luck played a big part in hitting the market at just the right time.

That success also established another principal for Miller-Leaman’s business: parallel distribution channels. As Shuster explains the concept, “We go in and seek out very specific niche-oriented applications for our products, and then we develop distribution channels that do not overlap with one another. Our reps/distributors/dealers all specialize in certain areas. They have complementary product lines that are packaged with our filtration products. Our reps/distributors are experts in a very specific niche. Outside of that niche, they do not have a comfort level in selling our products.” Miller-Leaman’s parallel distribution philosophy is reinforced by relating exclusivity to a rep’s or distributor’s expertise.

Interestingly, parallel distribution has also led the way in new product development for Miller-Leaman. “As we’ve developed our niche-oriented approach to distribution, we’ve recognized that our strainer line has its limitations from an application standpoint,” says Shuster. “We said, hey, now that we’ve got fairly developed distribution networks, we need to develop new products to leverage this distribution. We plug these new products right in to our existing networks and therefore get a bigger piece of the pie.”

Thus the success of Miller-Leaman’s most recent product launch, the Turbo-Disc Filter, was all but assured. This new product, which was first launched roughly a year ago and is still being released to some of the company’s niche markets, consists of a stack of precision-molded grooved plastic discs and a turbo element that creates a centrifugal spinning action as water enters the filter housing.

The Turbo-Disc is available in both manual and fully automatic self-cleaning models. Shuster describes the Turbo-Disc as a very versatile product because “we can package the product in ways that meet very specific applications.” For example, the automatic Turbo-Disc model is commonly packaged complete with a pump, valves, manifolds, and backflush controller on a skid for side-stream, cooling-tower water applications.

“Parallel distribution has fueled the 30 percent plus growth of the company,” he says. “Just as important, it has minimized the risk associated with seasonal buying patterns of certain industries, which was a significant problem in the early days when the agricultural market was nearly 100 percent of our revenues.” Miller-Leaman currently competes in the irrigation market, liquid fertilizer/agricultural chemical market, the plastics industry (for process cooling water applications), HVAC industry and the marine industry.” The marine industry is the newest segment the company is entering, specifically with the Thompson Strainer for use as a seawater strainer for large yachts and ships.

Parallel distribution, new products and existing products in new applications have made Miller Leaman a cutting-edge manufacturer. Where the company really puts a shine on its business is in the quality of its products. Shuster explains, “None of our successes would be possible without our invaluable production team. Our sales force takes great pride in selling the products that they build. Our production team, led by Charles Farrell goes the extra mile to make our products great looking, aesthetically. In fact, we spend more time than we really need to, but it’s always been our goal to exceed the customer’s expectations each and every time they give us the opportunity.”