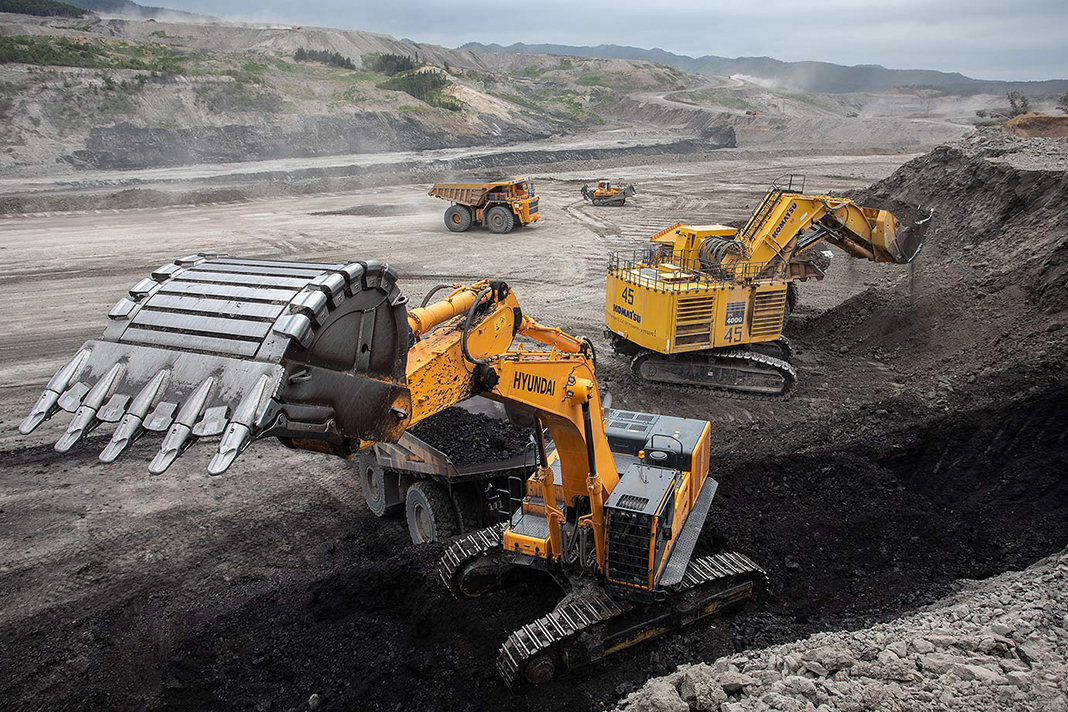 Nobody understands the potential for improvements and cost-cutting better than those on the shop floor.

In my previous article (https://industrytoday.com/increasing-operational-efficiency-in-mining/) I have described different “top-down” methods the management can employ to improve the operational efficiency in mining operations. However, management’s efforts are always limited in their effect if they are not supported by the floor personnel. Besides, the top management cannot see the full picture, as it is not involved in day-to-day operations. It focuses on the most obvious things, which undoubtedly give a sizable effect, but it is of extreme importance not to stop there, somebody needs to take it further and infiltrate the entire operations with the optimization spirit. The “bottom-up” approach of Lean production helps here. Based on motivating staff, its premise is the assumption that nobody understands the potential for improvements and cost-cutting better than those on the shop floor because they are directly engaged in the process. All that is necessary is to motivate the worker to develop this potential.

In this case study, I review the successful application of the “bottom-up” approach at the East Mining Company (EMCO) – one of the most dynamically developing coal projects in Russia and the Far East – which fetched 14 million dollars of additional EBITDA in just over 1 year.

Company overview: EMCO is engaged in energy coal mining on Sakhalin island in the Sea of Okhotsk. The company’s reserve base is ca. 300m tons. It exports almost 100% of its production to the Asia-Pacific region through its own port of Shakhtersk, which is 28 km from the mine. The coal is extracted by open cast mining. Production stood at 11m tons in 2020. The company’s main projects are the construction of a 23-km conveyor belt to connect the mine with the port – the longest in Russia to date – and the modernization of the port infrastructure to increase its throughput capacity to 20m tons annually.

A very good instrument is on hand to achieve this goal – Total Production Optimization. TPO was developed by McKinsey and takes the organization of the efforts to optimize the operational activity to a totally different level. It is based on two pillars: training and motivation. It is extremely important to treat both with maximum focus.

To begin with, the personnel have to be taught to understand the economics of their workplace. In our case, we divided the production process into small steps, allocating working time to each stage, identifying minimal operating cycles for each workstation and making sure that each worker understood the general principle of cost-building at the enterprise.

But the most important thing is that the worker is in full control of the factors affecting the cost base of his workplace. It is particularly important to build the process map, translate it into numbers and get the dollar estimate of each minute of equipment stoppage and every additional second to the production mini-cycle above the norm. That clarifies the potential for improvement to each worker immediately.

Now, having taught the personnel to read the topographic map of the battlefield, the company has to provide them with the necessary weapons. We have discussed different Lean Production methods and explained the principles of each analytical instrument. Of course, no one on the shop floor, not even the engineers and technicians, can be expected to gain a full grasp of the 6-sigma methodology at this stage. But principles like 5S, 5 “why”, Pareto diagrams, Isikawa diagrams (the “Fishbone”), FMEA1, A3-format, “the bottleneck” principle and TPM – are all accessible at this point.

Second, having armed your personnel with the knowledge of the cost structure at their workplace and the main principles of productivity growth, it is important to explain what is in it for them! Slogans and pressure will not help. Your employees are always 100% engaged in the routine. It is therefore important to create a simple and straightforward incentive system.

At EMCO, we achieved this by creating a 3-stage incentive package. The first step is a payout for any sound idea for improvements, what in Toyota Business Systems is called kaizen. This is done to create a flow of ideas, no matter how valuable they are, to make people “switch on” their brains, to put on their thinking caps. The second payout is made when the idea passes through the professional filter of the middle-management, the team-leaders, and in certain cases through the investment committee. Both payouts come as a lump sum.

Important! This handsome remuneration is paid to the implementation team – not the author, although in most cases he or she inevitably participates in it. This last payout is made in two instalments: the first one after the confirmation of a three-month effect from the kaizen, the second and biggest one after 12 months. Both represent the percentage of the confirmed annual economic benefit. At the end of the day, the author and the implementation team receive 5% of the annual savings or the extra profit resulting from the idea.

We began education and training at the port, the truck pool and the mine in June 2020 and then extended it to the mining works in November 2020.

We believed that if the education and training process was predictable – since the format is standard – the incentive system should be adapted to each business. But the adaptation should be built not only on the existing remuneration system. It also depends on the “collective mentality” at the particular plant or factory – its traditions, the people’s beliefs, the length of their personal budget planning horizon, the relationships up and down the reporting chain and so on.

At EMCO, it took us two months to work out the incentive system, having all the industry practices at hand. But it paid off in spades! Since the beginning of the partial TPO implementation, 82 kaizens worth a total of USD 7.5 million per annum have been submitted – and only 17 failed to pass the initial approval tests. That amounts to just 20% of the total, which is a good sign of the quality of the training.

Just a few examples. A couple of ideas, translated into the system of “express refuel”, cut the refueling process of 220-ton dump trucks from 20-24 minutes to 6-7 minutes, resulting in annual savings of over USD 1.4 million. A number of kaizens to equip the tire-changing shop saved another USD 270,000. A hoist to reassemble cable gates for an electric shovel saved USD 140,000 annually compared to one-off costs of USD 16,000. Changing linings on the conveyor belts at the port to reduce slippage in wet weather saved USD 130,000 per annum, while the cost was just half that amount. Moreover, these savings will increase year-by-year in line with the loading volumes.

It is important to emphasize here that the costs of the bulk of the ideas for improvements are either low or very low for the simple reason that most of them are very basic and obvious – the low-hanging fruit!

I would like to repeat, however – they are obvious to the people on the shop floor, but not to top management!

It is therefore also important to understand that while the “top-down” approach introduces the philosophy and establishes the backbone of the optimization, the framework, it is the “bottom-up” approach that adds the “meat” – that is what establishes the basis for the continuous improvement system. It encompasses the entire personnel and trains people to think about how to make additional money for the business and have a share in it.

Another important issue is that the integration of the entire personnel inevitably brings leaders to the fore who could not be found otherwise in their day-to-day routine. That not only provides additional human capacity for management, but also throws up talented people who eventually put themselves at the head of the process and make up the team in charge of the continuous optimization culture.

In other words, one does not need to think out anything oneself – a process that is properly organized from the very beginning will automatically launch efficient mechanisms.

EMCO’s experience is also interesting in that its optimization effect goes well beyond the boundaries of the enterprise. The company employs more than 10 subcontractors, some of which specialize in lifting overburden, coal mining and coal haulage across the entire country. They are inevitably drawn into the optimization process both at our mine and the port. That means that having mastered our operational efficiency instruments, they will certainly employ them in their other operations following the banal business logic to make more money. And that will in its turn lead to the growing competitiveness of the entire industry.