Two things about Texas immediately spring to mind: oil and cattle. In particular the South Texas region, bounded by the Rio Grande River and the Gulf of Mexico, offers an agricultural bounty and a community comprised of feed yards and cattle ranches that have helped to sustain Sam Kane Beef Processors since 1949, when Sam Kane, a freedom fighter in the former Czechoslovakia during World War II, traveled to the United States to start his retail meat market.
When business slowed, Kane thought about moving out of the area, but heeded advice to stay. However, he did make another kind of fortuitous move to facilitate growth. He left his original retail location and set up operations on the outskirts of Corpus Christi, Texas. There, the shift away from selling meat retail in favor of offering wholesale cuts began. Today, Sam Kane Beef Processors employs nearly 1,000 people and has become a leading U.S. meat processing facility, servicing thousands of customers throughout the nation and in many foreign countries. “We sell to local South Texas businesses while merchandizing to national retail chains,” explains Senior Vice President Charles Jackson. “Our customer base extends from coast to coast and includes Publix in Florida and H-E-B in Texas as well as other large retailers.”

At the same time that it expanded its distribution arm, the company garnered expertise in developing and implementing new beef processing technologies to provide customers the highest possible quality meats and services.

To provide the most flavorful cuts of beef, Sam Kane Beef Processors has in place an array of capabilities and technologies including the latest automated operations, such as electrical stimulation of carcasses (which enhances meat tenderness), the most advanced vacuum packaging equipment and HRI steak and ground beef systems. “Our own proprietary process, approved by the USDA, is called Electro-Tender-Aged, which is electrical stimulation that helps to tenderize the meat and enhance its flavor,” Jackson notes.

Jackson adds that the company has been “in the forefront” of the movement toward more humane cattle treatment. Noted doctor of animal science Temple Grandin leads this movement. A professor at Colorado State University and animal-behavior consultant to the livestock industry, Grandin has devoted her career to improving conditions at the large processing plants that slaughter some 40 billion pounds of cattle and pigs for human consumption every year in the United States. A strong advocate of more humane livestock handling, she has designed numerous innovations that help to reduce animals’ stress during their final minutes of life. She has helped Sam Kane Beef Processors align its practices in a more compassionate direction.

This state-of-the-art facility enables Sam Kane to achieve greater consistency of tenderness and flavor, appropriate marbling and high cutability. The company also consistently adheres to product specification and is stringent about maintaining standards in packaging and boxing.

To ensure customers receive the best product, Sam Kane feeds and selects cattle for slaughter that meet customers’ specific requirements for marbling and cutability. “That’s our specialty,” Jackson says. “Everyone cuts about the same, but our cattle have consistently over the years been known to have the most tender meat. Those who perform tenderness tests say that we’re a leader in this category. Also, our cattle have a lower average weight than the balance of industry, which means our cattle have less waste weight passed on to customers.”

Sam Kane has also instituted a proactive and effective hazard analysis and critical control program. Further, it requires personnel commitment to the program. This helps the company achieve its top priority: providing safe and clean food. “We take a lot of care in making safe products. On a per-head basis, our beef is higher in quality than anyone in the business,” Jackson notes. “We test every step along the way, with multiple stops in the program to ensure that all safety measures are met. We also have an on-site lab that constantly checks every stage of the process. We continually monitor visually and scientifically.”

To ensure its operation meets the market’s highest standards, Sam Kane has a number of third-party audits, such as a GMP Audit, an Animal Welfare Audit and an E.coli 0157:H7 audit. “One reason we have flourished as a smaller or mid-sized packer alongside major retail is because of the value our products, which are typically good sellers in the stores,” Jackson says. “Our primary attribute is flexibility for our customers when it comes to providing service and special cuts. Different companies in different regions of the country ask for slightly different cuts, and we’re flexible enough to meet their requirements.”

Today, with three generations of Kanes working at the family business – Sam Kane passed away early this year and his son, Jerry Kane, is now the company’s chief executive officer – Sam Kane Beef Processors has become the major surviving processor in South Texas. It has endured by establishing strong alliances throughout its supply chain. This carries through to customers. Operating in an area known as a hub for agriculture, the company’s operations are as important to the region as they are to the rest of the country. 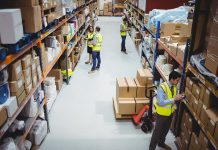 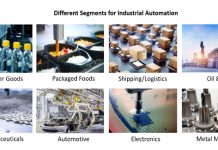 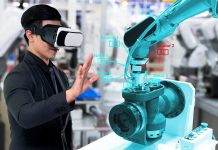 What Areas Will Post-COVID Innovation Focus On?