Every time someone, or a company, starts doing something differently they should immediately expect some criticism, as people tend to view the traditional ways of doing things as being more trustworthy. Electric automobile manufacturers found this out the hard way in or around 2010, when they started achieving widespread distribution for their vehicles. Since then, many controversies have sprung up regarding the relative safety and viability of their automobiles.  Because of the distinct similarities between electric cars and the emerging product category they are trying to sell in, OPE (outdoor power equipment) manufacturers who are now bringing out battery-powered models should make themselves aware of the barriers that electric car manufacturers have had to face and of how they overcame them.

Automobiles that run on electricity have some undeniable advantages compared to ones that run on gas, primarily that they are cleaner for the environment and that they are much easier to maintain. The electric car industry as a whole has its advantages, too. Stemming from mass-scale production of the larger batteries necessary for electric cars, “the price of lithium-ion batteries has fallen steeply as their production scale has increased and manufacturers have developed more cost-effective [production] methods,” according to The Union of Concerned Scientists. But, what do you hear most about EVs when you turn on the news? You probably hear how electric cars are dangerous and they catch on fire, or you probably hear how they are being produced via unethical means.

Electric vehicles have caught on fire, yes, but the comparative risk has arguably been sensationalized by the media. The reason for this is simple: since they are a new technology that people want to fail, an electric vehicle catching on fire makes for a much more engaging headline than an electric vehicle performing normally. Disaster sells, in other words – the disaster in this case being a quote-un-quote revolutionary idea turning out to be a perilous one. By the way, a Tesla is in fact five times less likely to catch on fire than one of its gas-powered competitors, according to a study.

Takeaway for the battery-powered OPE industry #1: the mere fact that your company and its products are disruptors places a target on their back for so-called journalists who don’t care about spreading misinformation. When the mudslingers start slinging mud, make sure you have lots of good data which you can stand behind.

On top of having to actively dispel myths about their products catching on fire, electric car manufacturers have also had to work really hard to convince their customers that their methods for sourcing raw materials aren’t unethical. This is because the mining of lithium and cobalt, two rare metals that are important elements for making batteries powerful enough to drive cars, prevalently occurs in third-world countries. In 2016, Amnesty International announced that “cobalt mined by children and adults in extremely hazardous conditions could be entering the supply chains of some of the world’s largest carmakers.” Despite not even being named in that report, Tesla released an official statement the very next year detailing systemic improvements they would make to the methods they used to source their raw materials.

Takeaway for the battery-powered OPE industry #2: hold your suppliers accountable for how they conduct business, because their practices invariably reflect on you. In addition, if it is proven that some link of your supply chain involves practices unsafe or cruel to humans, you should be straightforward and honest about it – trying to cover things up only makes things worse. 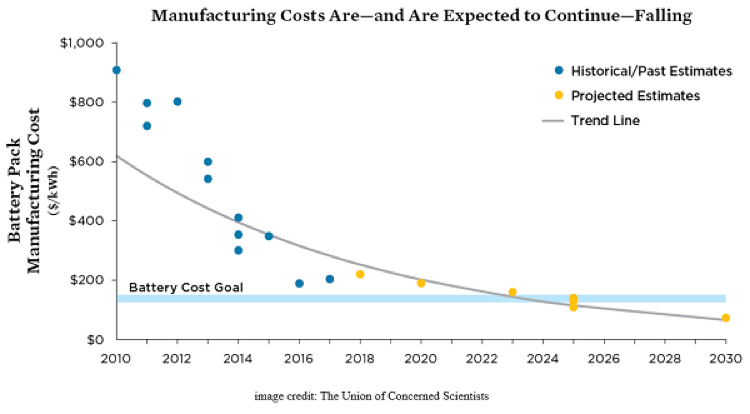 To help with getting good press, beyond talking to the press and being vocal on social media, you can form a coalition with your competitors to help spread awareness about battery-powered outdoor power equipment. An example of this in the electric car world is National Drive Electric Week, which is sponsored by multiple electric car manufacturers and consists of hundreds of events across the US. Consumers get to test-drive electric cars, learn about their benefits, and speak to salespeople who can help them to get a good deal. National Drive Electric Week is “based on the belief that today’s potential electric vehicle consumers need to hear straight from experienced drivers, and see the benefits close up of quiet, clean, zero emission vehicles.” One of the main topics at these events is tax incentive programs which provide aid to businesses that reduce their emissions – a benefit that future battery-powered OPE events could theoretically focus on, too.

In the largest market for electric vehicles in the US, California, “the percent of car-owning households that had considered purchasing an EV was no higher in 2017 than in 2014,” according to a survey conducted by researchers at the University of California. The researchers concluded their study by providing a list of actions electric car makers could take to educate their customers, which included setting up showcases where potential customers can test-drive their automobiles.

Takeaway for the battery-powered OPE industry #3: if may be too hard for one company to adequately spread the word about the benefits your product has to offer on its own, in which case it is in your interest to join forces with some of your competitors.

Just as people have misconceptions about electric vehicles – for example, many people assume that they are slow, when in fact some of the fastest cars being made today are electric – many people are misinformed when it comes to battery-powered outdoor power equipment, as well. Unfortunately, the advantages that come with it – the increased portability, the reduced need for maintenance, the positive impact on the environment and the reduced noise levels, just to name a few – are difficult to show to people, especially when they aren’t aware of battery-powered outdoor power equipment in the first place.

In conclusion, it may take the industry as a whole to turn the tide and get the ball rolling. The biggest lesson that battery-powered outdoor power equipment businesses can learn from the struggles that electric car manufacturers have had is that, when you break new ground, there’s always going to be people who will worry that it should have stayed fixed. 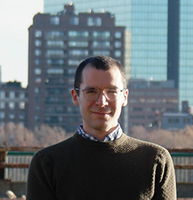 About the author:
Ken Gibson is a Data Analyst at Black Ink Technologies, which helps the premier manufacturing industry sell more, faster and smarter. The SaaS platform provides more visibility across the entire supply chain—from a manufacturing plant, to distributor, to territory managers, to dealers, to the local marketplace. Black Ink combined the best of CRM, business intelligence, geo-mapping, data management, industry-specific data, and pre-built library of statistical models in one easy to use, and affordable platform. This helps accelerate customer acquisition and customer relationship management—and that helps the OEM, their distributors and the dealer grow. For more information, please visit http://blackinktech.com/ and connect with @BlackInk_Tech on Twitter, Facebook, and LinkedIn.