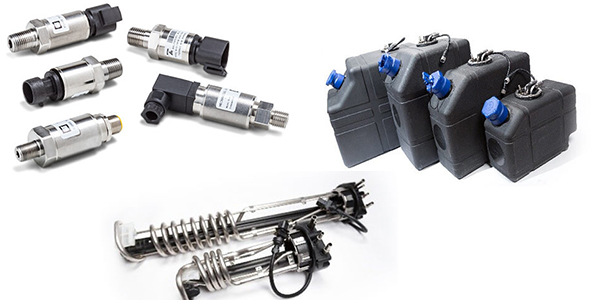 To many people, the word “metallurgy” evokes images of medieval blacksmiths pounding hot iron into shape upon an anvil. Although the word itself may seem locked in lost centuries, the real science behind the word is very much alive. In fact, at SSI-Sintered Specialties, it’s downright cutting-edge.

That’s just one example of one product from one division of SSI Technologies Inc., a company unrivaled in its pursuit of metallurgical excellence on behalf of customers ranging from U.S. automotive manufacturers and major systems suppliers to the global automotive industry — as well as to industrial markets.

Headquartered in Janesville, Wis., SSI Technologies Inc. produces custom-ordered components such as sensors, solenoids and powder metal components for automotive and industrial markets. SSI boasts approximately 235,000 square feet of manufacturing space and more than 1,000 employees. The two operating business units of SSI Technologies are Speed Sensors and Sintered Specialties. Its Advanced Engineering Group develops new sensing and other technologies for future applications in the automotive and other industries.

For nearly 25 years, Sintered Specialties has made a wide variety of controlled-porosity powder metal components. Controlled-porosity components are characterized by interconnected porosity, the volume of void space within the part that can be controlled from 10 percent to 70 percent of the total part volume.

According to Regan, controlled-porosity components are ideal for a variety of applications, including writing instruments, arming delays, and communications equipment because they attenuate sound, control vacuum or pneumatic signals, arrest flame, restrict flow, filter and act as breathers. “These components are used as time delays where the part’s resistance, coupled with the system’s volume, provides the equivalent of an electronic resistance-capacitance circuit,” says Regan.