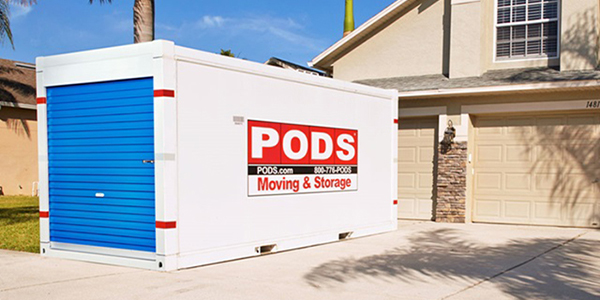 The classic 1956 movie, Invasion of the Body Snatchers, presented a Cold War parable about vegetative “pod people” from outer space who, to serve their alien needs, take possession of the human populace. Peter Warhurst’s PODS, in contrast, serves people to help them manage their possessions by providing useful inner space that’s easily transportable. It’s not rocket science, but it is out-of-this-world ingenious.PODS stands for Portable On Demand Storage. The company was founded in 1998 by Warhurst, starting with 50 steel-framed aluminum exterior containers with marine-grade wood interiors. Warhurst today presides as CEO and president over a company with 56,000 PODS branded containers currently in service that in 2004 realized $62 million in revenues, which represented more than doubled growth over 2003. And Warhurst has every expectation of another doubling in revenues to about $130 million this year thanks largely not only to a unique product, but also a unique proprietary way of ensuring all “the right peas” are in the right PODS.

The company is headquartered in Clearwater, Fla., and has a little over 700 corporate employees. It has grown organically from its base in the Southeast to a national operation servicing 8,800 cities in 45 states, servicing more than 290,000 customers. Though PODS does own some locations directly, growth has been fueled primarily through franchising. Today, it has achieved a goal of establishing itself in every major market with a population of 400,000 or more and is looking to expand further to serve smaller populated territories of 100,000 to 200,000.

“One of the things that makes us stand out in the market is our ability to transport PODS brand containers from one part of the country, temporarily warehouse them if need be, and deliver them to another part of the country,” Warhurst explains. “We’re able to do that with more than 280 inter-franchise locations. While we can’t, and probably never will, provide total national coverage, we’re constantly adding new locations that continually gets us that much closer.”

PODzillas
In addition to the network of sending and receiving franchises supported by dry and secure warehouses for interstate shipping, equally critical to success are the “PODzillas” – to invoke the title of yet another famous sci-fi flick – truck transports equipped with a patented hydraulic lift system strong enough to handle whatever customers put in them up to 12 tons, but also designed to minimize a shift in container contents as well as conveniently and easily deliver PODS brand containers literally to someone’s doorstep. Now in its sixth generation, Warhurst boasts that the PODzillas have been used for over 450,000 deliveries and never dropped a container or had a unit’s bottom fall out. Currently, the company directly maintains a fleet of 600 PODzillas.

Of course, what’s key is the PODS themselves, sturdy, weather-resistant containers available in either 8x8x12 (capable of storing the contents of a partially full 1,200-square-foot home) or 8x8x16 (the contents of a 1,500-square-foot home) sizes, capable of withstanding velocities of up to 110 miles an hour. “We just had a series of hurricanes in the Florida region, and of all the PODS we had here, only one moved from its original location,” Warhurst points out. In addition to demonstrating PODS durability, the hurricanes also increased demand for the containers somewhat as the need for on-site storage facilities rose as part of damage clean-up efforts throughout the region.

The containers are built at a 200,000-square-foot plant that primarily involves the assembly of pre-cut components and welding the frames together to complete the container. “It mostly involves a low skilled labor force,” Warhurst explains. “We can easily build up to 50 containers in a day or two. Right now we’re running at about 50 percent of capacity, so if our forecasts start to see a pick-up in demand we could easily accommodate it.”

Moving and Storage
Says Warhurst, 80 percent of the business is derived from residential customers who are using PODS primarily for moving, which can be as much as half the expense of traditional moving van services if the homeowners do their own packing. PODS offer the added convenience of allowing homeowners to pack at their own pace and then call when they’re ready to have it moved. This not only eliminates time constraints, but also the fuel and insurance expenses associated with traditional truck rentals. The charge for PODS comprises a monthly on-site rental fee that varies by size, location and use; there are additional delivery and warehouse storage charges.

The remaining 20 percent of the PODS market is commercial, encompassing such uses as document storage, temporary storefronts and offices, warehouse overflow facilities and holiday package depots. Interestingly, the original intent of PODS was to provide just this sort of a small secure storage unit, not a moving vehicle.

Warhurst first struck entrepreneurial gold with a company that sold computerized emergency dispatch system that was sold in 1992. While he retired to Florida ostensibly to play golf, he wanted to start a small business that would generate income but would require few employees and not a lot of attention. He hit upon the idea of a self-storage center. After building a 346-unit facility, he was looking to expand to another location, but couldn’t find a suitable site and decided that movable containers might be an alternative. “The idea was to do something that would be residentially accepted, not some big thing intended for a major construction site, while home restoration was going on,” Warhurst says. The story goes that when the first containers were delivered, inquiries started to come in about using them to move household belongings, and Warhurst began to consider a change in strategy which also resulted in a change of lifestyle in a return to full-time business executive.

At the time, no one else was doing anything remotely similar. “We’re basically positioned between the U-Hauls and the full-fledged moving services in a niche that no one else had,” Warhurst explains. “Once we were able to develop the PODzilla lifting system, it became a practical idea to transport packed containers. The growth of our franchise and warehouse operations across the country makes the idea practical on a nationwide scale. So, of course, now there are some attempts to imitate us.”

The Software Difference
Warhurst, however, feels that such attempts at pseudo-PODS won’t affect him. “It’s the software that makes this thing work. That’s our hidden power. We know exactly at any time where every PODS container is, what’s in it, where it’s going and when it’s going to get there.” The technology is based on what his previous company developed to interface with 911 systems, and Warhurst is confident that his proprietary system isn’t easily copied.
An additional benefit of the software system is its ability to track franchise performance. Brands always run the risk of diluting their value through franchising if they fail to exert sufficient control. But while Warhurst notes that the company’s software contains continually updated data on individual franchisee receivables and collectibles as well general business status, he is fully confident that franchises add to the PODS brand identity. “This isn’t a Subway kind of franchise where someone with $100,000 tries to be his own boss,” Warhurst says. “For the most part our franchise owners are sophisticated multi-million-dollar businesspeople experienced at running this kind of an operation.” An example is the most recent purchase by Andell Holdings, a Los Angeles, Calif.-based investment firm with substantial equity holdings in North America, Europe and Israel, of 49 new franchise locations that will service almost 20 million people across the United States.

Monster Growth
Warhurst anticipates that the PODS brand will soon have ubiquitous consumer recognition at the level of a UPS or FedEx. “To a large extent our business is growing the same way that it started – simply through easily recognized visibility. People see a PODS container in a neighbor’s driveway or one of our red PODzilla trucks and they start thinking, ‘That’s a good idea, I could use something like that.’ Though we do national advertising, I think word-of-mouth is still a big part of our success. And the fact that no one else can really do what we do, and how we do it.”

Nothing succeeds like success, and, indeed, PODS, like the “pod-people” of the movie, is looking to expand into new worlds. “We’re looking to go international in 2006,” Warhurst says. “One of our first markets will be Australia, primarily because it offers the advantage of a large self-contained country with one government and a single set of regulations to deal with and no language barrier. For similar reasons we’re also looking to Canada and the U.K.”

This is one monster that people around the world will willingly embrace to avoid the horror of a moving experience.