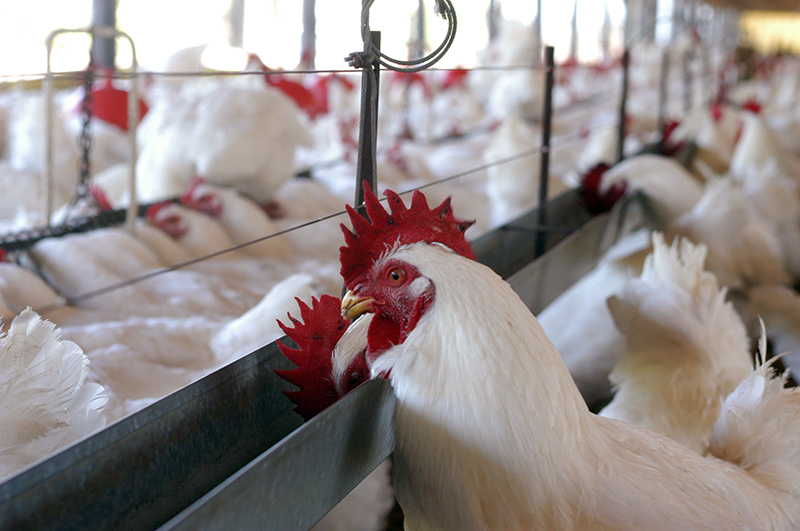 The origins of Bonasa – a leading Brazilian producer of eggs as well as live and processed chicken, pork and meat products – date back more than half a century. And yet, when asked to pinpoint the firm’s major milestones, CEO Alexandre Abreu easily narrows it down to three.

“Of course, Bonasa’s first major milestone was the company’s foundation,” he declares, referring to the creation of a small poultry hatchery by businessman Aroldo Silva Amorim, in Brasília back in 1964. At the time, the futuristic new Brazilian capital, designed by famed architect Oscar Niemeyer and urban planner Lucio Costa, was still undergoing construction in a remote central region of Brazil referred to by many as “the middle of nowhere”.

“Looking back it’s hard to recall how audacious it was to start a food business just as the city was coming into being,” muses Abreu. “At the time, Brasília had no infrastructure; Aroldo Amorim was a pioneer.”

The small family business grew quickly and by 1970 it had launched Só Frango, a company that specialized in the poultry raising and processing business. Over the next two decades, the business expanded by developing partnerships with small poultry farmers and consolidating its activities from the hatching of eggs to the butchering and processing of meat. In doing so, it gradually became one of the region’s most vertically integrated players in the food industry.

As a result of this growth, in 1994, the business split into two separate companies: Só Frango, a poultry processing plant, and Asa Alimentos, devoted to the production of hatching eggs and day old chickens. Abreu identifies this move as the second pivotal moment in the company’s history.

Although Asa was initially focused on producing hatching eggs and day old chickens, over time it expanded into other activities including the processing and selling of various frozen poultry cuts in addition to fresh products. In an effort to increase vertical integration, Asa invested in the production of its own feed. It branched out geographically, founding and acquiring new businesses in the neighboring state of Tocantins. It also branched into new product lines, most significantly by adding pork and processed pork products (bacon, sausage, hams, mortadella) to its already expanding mix of poultry items.

A decade later, in 2005, Asa’s expansion was such that the company created a new brand, Bonasa, under which existing and diverse new products – including pizzas, lasagnas and a whole range of prepared and seasoned cuts of meat – were sold. The company subsequently changed its name to Bonasa Group. Having completed the vertical integration of their operations, the family business consolidated its control over the regional markets of Brasília and the neighboring states of Goiás and Tocantins while extending its reach throughout Brazil, particularly in terms of live products. In recent years, it has also initiated exports to the Asian, African, Middle Eastern, Central American and Caribbean markets.

By 2016, business was booming for Bonasa. The family-owned group boasted 5,000 direct and 25,000 indirect employees and reached a portfolio with more than160 items distributed via 35,000 points of sale. Then suddenly, catastrophe hit the sector. Virtually overnight, the price of Brazilian corn – a major source of feed for both chicken and pigs – skyrocketed from R$25 to R$60 per bag (60kg). The repercussions were immediate and brutal – not to mention perverse.

“At that time, the situation was such that the more products we produced and sold, the greater the losses we suffered,” said Abreu. “Imagine that you’re earning a good salary, and one day, all of a sudden you have to pay 120 percent income tax upon it!”

In order to survive, Bonasa was forced to aggressively cut production levels – which led to severely reduced revenues. Ultimately, the group reduced production by 30 percent and incurred an annual loss of R$100 million (roughly US$30 million). Although the crisis only lasted seven months – by early 2017 the price of corn had returned to previous levels – Bonasa emerged in a precarious state. Crippled by debts owed to both suppliers and banks, it possessed scant recourses for digging itself out of a deep hole.

Alexandre Abreu views this recent crisis as the third major milestone in Bonasa’s long history. After all, the recession was both a game-changer and a life-changer. In order to stay afloat and pay off its debts, Bonasa’s stockholders decided to hire a non-family CEO with both great financial and managing experience to lead the company. With this goal in mind, in July of 2017, Alexandre Abreu, former president of Brazil’s largest bank, Banco do Brasil, was hired as CEO.

Before taking on the role of CEO of Bonasa, Alexandre Abreu established a prominent career in the Brazilian banking sector. Michael Sommers asked him about the surprising decision to migrate from finance to food.

MS: What motivated such a radical – and surprising – career change?

AA: That’s a good question! In reality, I had actually already left Banco do Brasil. My education was in finance and I had worked in many different areas of the bank before becoming president. I knew it well, but I didn’t want to be in the financial market anymore. I wanted a new challenge.

MS: Why chicken and pork?

AA: Food production has always interested me on a personal level. Food is something that nourishes millions of people. In Brazil, so many people depend upon chicken to survive; it’s a relatively cheap source of nutrition suitable to inferior socio-economic conditions. As such, it’s really an essential product.

MS: What’s the biggest challenge of suddenly being the CEO of a food company?

AA: Right now the biggest challenge is to lead this business that’s facing a difficult situation to recovery. The company has placed a lot of confidence in me to turn things around and I aim to do it quickly.Tailwinds are expected in the sector ahead and I believe rebound is on track.

Upon his arrival, Abreu immediately and completely overhauled the company’s administration, hiring market specialists to fill 100 percent of all key positions. Led by Abreu, the new team forged an ambitious recovery plan. On the agenda was to increase output and revenues to their previous levels; create new debt agreements with banks in order to build up capital for operations; pay off debts to suppliers; and make the group solvent by the end of 2017.

A major part of meeting these goals involved taking a hard look at, and correcting, past inefficiencies. Says Abreu: “This was a family business with many employees who had been around for a long time, and many processes that had been around for a long time.” Examples of such inefficiencies ranged from sectors in which digitalization was inexistent to the lack of a commercial director in the sales department.

Even while Abreu has been busy restructuring, revising and revamping Bonasa, he concedes that the major ace up the company’s sleeve is its very name, and the loyalty it has garnered after so many years in the marketplace. “Bonasa is an extremely strong brand in the region and we have a really strong reputation for quality. In Brasília, Goiás and Tocantins, our products are among the top in terms of market share and have a strong presence in Brazil’s northern states of Pará and Maranhão.”

“Over the past year, we never had a problem selling product,” he points out. “In fact, the only complaint we ever received was that, due to production cuts, there weren’t enough products on the shelves!”

A New Face – and New Directions

That said, along with other strategic modifications – such as creating a more streamlined business with a more participative administration – Abreu is also planning on revamping the Bonasa brand itself to make it more competitive in the marketplace. “We want to give the brand a new face, with a design that will reflect our new phase in the marketplace and the new directions in which the company’s headed.”

Such new directions include ramping up exports – which presently represent 10 percent– to 30 percent of the business. They involve cultivating strategic partnerships with multinationals specializing in genetics and nutrition, with the aim of developing feed and animals that are increasingly healthy and sustainable. The group also plans to strengthen relations with suppliers, to invest in ramping up production levels, and to expand its product lines, particularly related to pork and its derivatives.

Abreu appears to be meeting all these strategic challenges head-on. However, when asked if Bonasa has a guiding vision, he claims that the company is currently without one. As he explains: “We entered into a phase in which we had to rapidly extricate ourselves from a crisis. We haven’t created a new vision because we’re still in the process of rapidly recovering. First of all, we want to return to our previous levels of production and revenues. Then it will be time to retool the group so that it becomes more efficient and possesses fewer risks. We no longer want to be at the mercy of price fluctuations. Instead, we want to grow in a sustainable manner.”