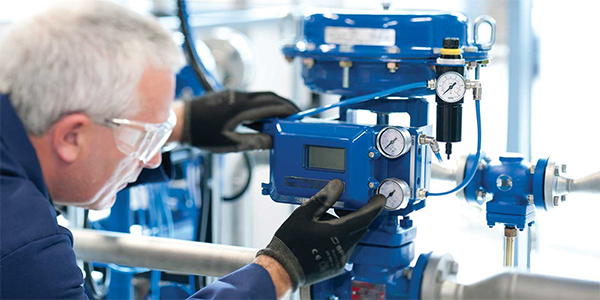 For almost a century, Spirax Sarco, Inc., has been manufacturing and designing steam systems that save money. It has built a worldwide reputation around its vast knowledge of steam applications – and the conviction that steam efficiency is a vital component to a user’s productivity.

Sarco, Inc., was founded in 1910. In 1983, Spirax purchased Sarco from White Consolidated Industries, and changed its name to Spirax Sarco, Inc. Today, it is part of Spirax Sarco Engineering, PLC, a multimillion-dollar company headquartered in Cheltenham, England, approximately 90 miles outside of London.

Indeed, the company has come along way since it first began operations in New York City. “While we cannot say, as can Hewlett Packard, that we started in the garage of a house, our beginnings were very modest. Back then, the company was a distributor of steam parts and systems,” states Justin O’Dowd, vice president of sales and marketing. “Today, we are a global steam systems company that provides knowledge, service and products worldwide.”

Testimony to the company’s recent growth was its move into a new, 140,000-square-foot, $30 million facility in Blythe-wood, S.C. The complex, which opened in September 1998, includes a manufacturing plant, training center and corporate offices. “Our new facility underscores our commitment to being the highest quality supplier of cost-competitive steam-related equipment and services,” says Spirax Sarco President Tony Scrivin. “While we had a long tradition of success in our former facility in Allentown, Pa., we are looking forward to a bright future in South Carolina as an active, vibrant corporate citizen.”

The manufacturing area of the new facility is organized into a series of small production units referred to as “focus factories.” Each factory is devoted to the production of a single product family from raw material to finished item. The arrangement is designed to improve product quality and delivery, according to the company.

“The focus factory concept translates to superior quality and efficiency for our customers,” says Peter Moreton, vice president of manufacturing and engineering. “Through the focus factory concept, Spirax develops teams of experts in manufacturing each unique product. Quality control is more stringent when employees have a complete understanding of the product with which they work.”

To streamline operations at the new facility, Spirax Sarco executives have instituted a state-of-the-art automatic storage and retrieval system to manage on-site inventory. To complement this system, the company has purchased new manufacturing equipment – most notably a high-tech machining center to produce the company’s market-leading TD52 Thermo-Dynamic Steam Trap.

Class Is In Session

Adjacent to the new plant is a 5,000-square-foot steam system training facility. The facility is composed of three separate areas: It has a 40-seat classroom, a laboratory and a workshop to enable customers to learn about steam systems and products, to acquire hands-on experience and to troubleshoot typical problems. This is another way the company is forging partnerships with customers and increasing the knowledge base of steam users worldwide.

The company’s customer base is vast, says Philip Lenzen, commercial marketing manager. It includes a range of industries from plastics, rubber, pulp and paper to oil companies, institutions, food and drink. “Steam is used in almost any process you could imagine.” Lenzen says, “Without steam, we would not have many of the commodities that we currently enjoy.”

Besides industry, he adds, steam is also used by colleges and universities in their own heating systems. The company counts the majority of America’s major universities and colleges among its clients.

The popularity of steam, O’Dowd says, is driven by its affordability. “Steam is very cheap, efficient and, when correctly managed, safe.” he says.

Part of the company’s mission is to show users how to get the most benefit from steam. This is part of what the company teaches at its training facilities in Blythewood, Chicago, Los Angeles and in a new training center in Houston. Like the South Carolina center, the other three feature on-site steam systems for hands-on training. Courses, meanwhile, are designed to focus on varying needs of industry such as energy management, plant operations, piping and process design, project engineering, process engineering, maintenance and multiskill programs.

One of its leading products is the TD52 Thermo-Dynamic Steam Trap, which boasts a larger, re-engineered cap, and reduces cycle time to decrease wear and increase the product’s life by 25 percent. Its slower operating speed produces better performance, less downtime and saves the customer money, according to the company.

In the future, O’Dowd says, Spirax Sarco plans to heavily promote its boiler controls and flow meter products. To date, he says, the products have sold well in markets outside the United States.

Steaming the World Spirax has found that its products and services have a worldwide appeal. Consequently, over the years the company has initiated operations far beyond the United States. Today, the company employs some 3,900 workers in 32 different countries. It has 31 training centers,12 manufacturing plants and 105 sales offices worldwide.

The company’s U.S. operation has a high profile. It includes more than 50 sales offices, 150 field representatives and more than 350 authorized distributors. Total global sales in 1999 were between $400 million and $500 million, with 36 percent of the company’s business coming from continental Europe, approximately 21 percent from Asia, 15 percent from the United Kingdom and around 28 percent from the Americas, according to Lenzen. Since 1984, annual sales growth has averaged 8 percent, he adds.

The company, is looking to do better than that in the years ahead. “Through the use of electronic commerce and the Internet, I think it is possible to double sales in the next five to seven years,” Lenzen says. “The company intends to promote its products, knowledge and service capabilities through the World Wide Web. All are part of our sales strategy.

“The future is bright with a lot of opportunity ahead for growth,” Lenzen continues. While the U.S. represents the company’s largest market for growth, he says, Asia and Europe also present major opportunities. While the company now makes the majority of products sold in the United States right here in the United States, the thinking of its customers is also changing. “Some of our products are made in the United Kingdom and France and we import them,” says Lenzen. “This is increasingly acceptable in the marketplace.”

Besides better products, the company’s push into new markets is driven by the extras it can provide. “The competition can sell equipment, but they don’t have the knowledge of steam or our level of service. These are the extras we can provide,” Lenzen says. “Many times we can use our knowledge to save the customer money. That’s where we can rise above the competition. On top of the quality of our products, our knowledge of steam and steam process systems will usually allow us to provide solutions, which save our customers energy or improve overall productivity.”