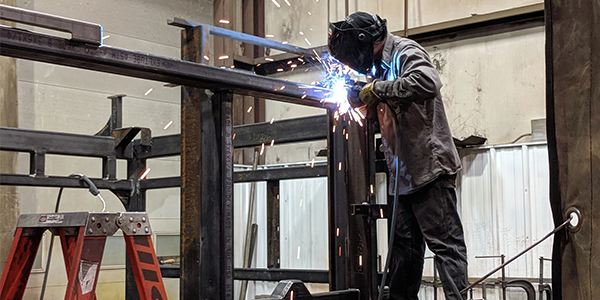 How often do you hear a story like this? It’s a fairly recent case in which an American company was able to convince a customer to move a manufacturing operation based in Mexico back to the United States – not the other way around.But that really happened to Craft-Co Enterprises, Inc., a Mississippi-based leader in automotive supply, in 1991. At that time, ITT Automotive in Mexico had a contract to supply brush plates for windshield-wiper motors to Daimler-Chrysler, Saturn Automotive, and Hummer.

But Craft-Co Enterprises, which is based in the rural community of Morton, Miss., and had a dynamic new CEO in Jim Finley, went to work to show ITT that while labor costs might be lower south of the border, the Mississippi manufacturer could do the entire job at a lower cost.

“They were having a difficult time out of Mexico,” Finley recalled. “It was, quite frankly, the quality – there was a rising cost issue as well as the logistics. They were importing a number of components out of Europe and Germany to Mexico and then shipping the assembly from Mexico to Canada – it was a logistical nightmare. So we got involved. We made a presentation that showed how you could improve the logistical issue, stabilize pricing and improve the quality of the product here in Mississippi.”

Can-do attitude
Finley’s successful presentation was meticulously researched and looked at ways to reduce or eliminate import duties and to take advantage of favorable currency exchange rates. Winning the contract was a tribute to the can-do attitude not only of the company but also of Finley, who dreamed of running such a business when he migrated north to the auto plants of Detroit in the 1960s.

Today, just a dozen years after Finley moved back south, Craft-Co Enterprises has become a leading supplier of switches, wire assemblies and brush assemblies to automakers not just in the United States but also around the globe.

It all started with Finley, who says he wanted to follow in the footsteps of his father, who was a pharmacist and an entrepreneur in Mobile, Ala., in the 1960s — in an era and a place in which there were few opportunities for African-American entrepreneurs. “I’ve always had the burning desire to do something on my own,” he recalled.

In 1967, like many blacks in the Deep South, Finley went to Michigan to find work in the automobile industry. He started out as a production supervisor with Chrysler at its Jefferson Assembly Plant, and then moved over to rival Ford in Ypsilanti in 1975 in its electrical/electronic division.

“I was looking for a way out of those golden handcuffs,” laughed Finley, who began to wonder if he’d ever run his own business. Then, he was asked to look at a brand-new company in Mississippi called Chris-Craft, after one of the owners named Christine. “I had finally gotten in a position with my finances, and my youngest one was secure in college, so I said, ‘It’s now or never.'” He invested in the company in 1990 and eventually bought it and changed the name to Craft-Co Enterprises.

When Finley arrived, the company held two major contracts to supply wire harnesses and switches to Ford and to Daimler-Chrysler. Finley moved aggressively to expand the customer base, beginning with the ITT contract.

In 1998, Craft-Co Enterprises became a tier-one supplier to General Motors and business really took off. Over the last decade, the company has pushed to expand both its product lines and the array of companies to whom it supplies auto parts. The company manufactures up to eight million parts annually for some companies, while the average number of parts supplied to a single automaker is 500,000.

Interior lighting next
Craft-Co makes brushes, switches, and wiring switches for an array of customers as far away as Australia, including GM, Ford, Daimler-Chrysler, Jaguar and Saab. The firm also feeds many of the major tier one suppliers, including Lear, Johnson Controls, and Visteon. Recently, the company entered into a major program with Tokai Rika, the Japanese-based auto-parts company, to supply switch assemblies that are used in the Jaguar X-type model as well as the Lincoln LS.

Finley said it’s hard to compete with low-cost labor for high volume work, but he believes that Craft-Co Enterprises still offers a competitive edge for work that requires special kinds of expertise. “We push the quality of our product,” he said. The company’s average rate of defects is less than 10 parts per million and that for some customers the defect rate has been zero, he noted.

The company also focused on lean manufacturing techniques, with the goal of just-in-time deliveries. Finley has said the firm makes what he calls “milk runs” everyday or every other day to the Saturn Automotive plant in Spring Hill, Tenn., to keep inventories lean.

But Craft-Co Enterprises’ most important product may be its people. Based in a rural community of roughly 3,500 people, the company is a leader in working with Mississippi’s Workforce Development Board in educating its employees. In fact, the company has a learning center at its factory that is manned by East Central Mississippi Community College and offers both GED and college-level classes. Finley sees that as good business. “It’s all about training our people and keeping them involved in the process,” he said.

But that’s not the only way that Craft-Co Enterprises encourages education. The company also sponsors an Awards Day at which employees’ children who make the honor roll or graduate from school or “do something significant” are honored with both a certificate and a $100 savings bond. Said Finley: “It’s one of those little things that’s very important to our associates. We’re trying to encourage them to do better in school so they’ll be successful wherever they go.”

It may be a little thing, but it’s one of the building blocks of a company that’s been able to grow by roughly 20 percent a year over the last decade. Some day, one of those savings bond holders may very well grow up to be the next Jim Finley.