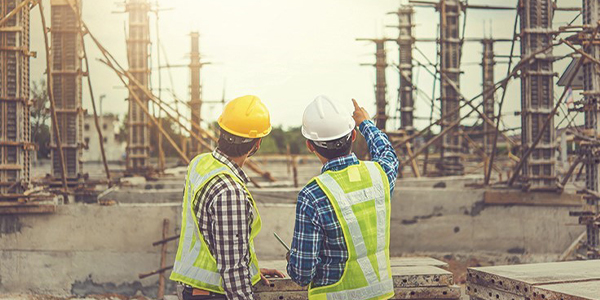 American construction companies will see another busy year, according to the consensus view of the more than 900 senior U.S. construction industry executives who took part in the 30th annual CIT Construction Industry Forecast. Conducted in August and September of 2005, our survey asked industry leaders to predict activity levels, point out trends, and identify opportunities and problems for the year ahead.

Nationwide, 53 percent of contractors anticipate more bidding opportunities in 2006 than they had in 2005 and about one-third said construction activity will increase overall, compared to an extremely busy 2005. All things considered, 45 percent of contractors said the outlook is for a better year in 2005. The construction equipment distributors were even more optimistic: more than half (57 percent) said 2006 will be better a better year overall than 2005.

Key data are used to compute an “Optimism Quotient” that allows a comparison of industry prospects between various regions of the country and from one year to the next.

Survey participants who predict that construction activity will increase this year cited a variety of reasons, including population growth, a stable economy, existing project commitments and the need to rebuild after 2005’s hurricanes along the U.S. Gulf Coast. Those expecting activity to decline blame such factors as an economic slowdown, decreased work volume, and higher energy, materials and interest expenses.

Capital spending is usually an accurate indicator of business confidence, so it’s good news that U.S. contractors are confident enough to invest in their businesses by buying construction equipment. About half of the contractors surveyed for our 2006 Forecast plan to buy new or pre-owned construction equipment this year, compared to 44 percent who expected to make equipment purchases in 2005. Equipment distributors seem to be on the same page, with 52 percent expecting to sell more new equipment this year than last and an equal number buying equipment to expand their rental fleets.

Overall optimism
Executives’ overall optimism about the business climate also extends to a generally positive view of their own company’s bottom-line prospects. About one-third of contractors and 45 percent of distributors expect their net incomes to grow in 2006; however, those numbers are below their projections of a year ago when 35 percent and 51 percent, respectively, said their net incomes would increase in 2005. Still, almost 90 percent of survey participants said their net incomes would either increase or stay about the same in 2006.
On the other side of the ledger, most construction company executives expect the costs of doing business to increase. In 2006, 58 percent of contractors anticipate spending more on equipment maintenance, 69 percent think the cost of replacement parts will increase, and 60 percent foresee higher service costs. More than 80 percent of distributors and three-fourths of contractors expect their financing costs to be higher this year than last.

The local view
While it’s always worthwhile to examine the national forecast data, it’s also important to remember that construction is essentially a local industry. Market conditions, activity levels, opportunities and problems can vary widely, depending on where a construction company does business. Industry executives are most optimistic in the Sun Belt, Mountain and Pacific Coast states this year. Continuing migration of new residents to the South Atlantic states – Texas, Arizona and California – is spurring heavy residential construction activity across these regions. But the industry’s strength in these parts of the country also hinges on the breadth of available business opportunities, which also include road and bridge construction, general construction, commercial projects, oil and gas development, and mining.

In the East South Central and West South Central regions, which include Mississippi and Louisiana, construction companies expect to stay busy with repair and rebuilding work to help recover from the effects of the devastating hurricanes of 2005. The outlook is much less positive for construction companies in the northern tier of the U.S., along a band stretching from New England and the Middle Atlantic states west to the Dakotas. More often than their counterparts elsewhere, construction officials in these regions cited a lack of new opportunities, a less-robust economy and interest rate increases as reasons they expect a down year in 2006. For example, in the Middle Atlantic Region, just 18 percent of contractors expect more construction activity this year, which is the smallest number of any region in our forecast. New England was the most pessimistic region of the country, with more than 30 percent of contractors and 23 percent of distributors saying that 2006 won’t measure up to 2005. Despite lower projected activity levels, contractors and distributors in the northern states plan to pursue opportunities in residential and nonresidential construction, road and bridgework, general construction, logging and other areas.

Pros and cons
When asked to name the biggest problems facing the construction industry, more contractors and distributors nationwide listed rising insurance costs than any other issue for the fourth year in a row. About 80 percent of survey participants said healthcare costs were among their most serious problems. Running a close second is an industry-wide shortage of well-qualified workers. About 70 percent of respondents listed the workforce shortage as a top industry problem and 31 percent of contractors and 29 percent of distributors said it was the single most pressing problem the industry faces in 2006.

Other concerns for both contractors and distributors include profit margins, the high cost of capital and cash flow. The number of contractors troubled by changes in government regulations rose from 50 percent to 56 percent, while the number of distributors citing energy costs as a serious issue rose 11 points to 13 percent, in the last year. Eight percent of contractors said fuel costs are a problem, compared to just 3 percent in 2005.

According to our survey, 73 percent of builders nationally make residential construction the foundation of their business, up from 66 percent a year ago and 50 percent in the 2000 Forecast. Just 14 percent of builders list commercial buildings, office buildings or warehouses as their main source of income, reflecting the continued softness of the commercial construction sector. Along with residential construction, non-builders concentrate on excavation and clearing work and water and sewer projects. Following passage last year of infrastructure-improvement legislation, more distributors see opportunities in road and bridge construction than at any point since 2000. Twenty-eight percent mentioned road and bridge projects as one of their best prospects for the year ahead, up from 21 percent a year ago.

While there are certainly variations from region-to-region, it’s clear that construction industry executives overall see lots of opportunities and a stretch of good road ahead. Of course, in an industry as large, diverse and dynamic as construction, it’s impossible to predict the future with absolute certainty. That said, over the last 30 years, the CIT Construction Industry Forecast has proven an accurate forward-looking indicator of the construction industry, in both good times and bad. If our history of accuracy continues, the U.S. construction industry can look forward to another strong year in 2006.

Ron Riecks is president of CIT Group Inc., a leading commercial and consumer finance company providing clients with financing and leasing products and advisory services. To obtain a copy of the complete 2006 CIT Construction Industry Forecast, visit www.cit.com or call (201) 460-2845.