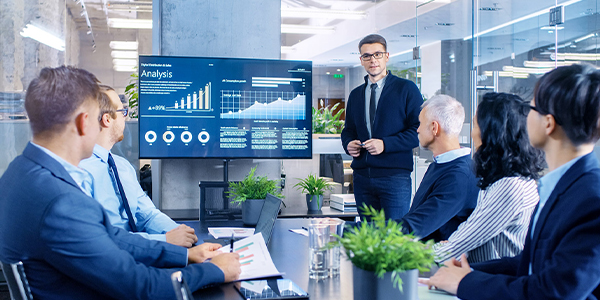 It’s happened to all of us: we’ve read books, attended seminars or benchmarked other companies and gleaned ideas we decided to introduce to our organization. Then we brought them back to our team, announced our new direction and felt gratified as others nodded in agreement and affirmed our genius.

Then, something happened. Actually, nothing happened. After the first few steps toward change were taken, momentum fizzled and died. It wasn’t a sudden or violent death. In fact you hardly noticed it. But, that didn’t alter the fact that your once grand ideas are now buried six feet under. If you are wondering why this happened, it’s probably for one of the following reasons:

The influences weren’t on board. Before embarking on any major change initiative, it’s vital you gather your inner circle together, explain what you’re thinking and why, gain their input and buy-in and then announce the change to the rest of the organization. If you can’t influence the influencers, your initiative is dead.

Needed Vision
There wasn’t a clearly articulated vision. If your desired outcome is covered in fog, detractors will leverage that cloudiness to distort and water down your real goal. Make your objective crystal clear. Here’s how:
• You under-communicated it. Once your initiative is announced, your work hasn’t ended, it’s just begun. People must understand that what you’re embarking on isn’t an experiment or just the new flavor of the month. Keep people informed of progress toward your new goals. Articulate this information one-on-one, and in every public meeting possible.
• You didn’t arrange for short-term wins. It’s vital you secure and announce short-term wins soon after proclaiming your change effort. Show where you’ve made progress, or where others have succeeded within the new system. These victories will validate what you are doing, build momentum and help bring the stragglers into the fold.
• You didn’t adjust your strategy. While it’s vital to lock like a laser on your new goal, don’t fall in love with your plan. If your strategy isn’t working, change it.
• You failed to involve others in the strategy. While you have the privilege of choosing the new initiative, you’re remiss if you fail to include others in the process of making it happen. People support what they help create. Get their input and you’ll gain their buy-in. It is not the leader’s job to come up with the entire strategy. Instead, he should create the context for others to contribute to the content.
• You failed to reinforce and acclaim those producing the new behaviors publicly and quickly. The fastest way to communicate the importance of your new expectations is to quickly and publicly reward those who are getting the results you are after. Since you get more of what you reinforce, make sure you acknowledge all behaviors that support your goals.
• You didn’t maintain pressure to perform. Often when you announce a change, or new direction, people will give it the ‘kiss of yes’. However, silently they hope it fades away. Maintain pressure to perform by continuing to clarify and communicate what is expected. Offer fast feedback on performance and hold others accountable for their behavior and results. You must maintain this pressure to perform long enough for them to grasp that the ‘good old days’ are over.
The most effective way to communicate a change initiative is to live it. Your deeds must be consistent with what you say you want, and where you want to go. In other words, if part of your strategy is to maintain higher performance standards in your business, and become less tolerant of poor performers, you must
follow through by reprimanding or removing those who don’t hit expected standards.

The best time to change is before you have to, not when your back is against the wall. J.F.K. said the best time to fix the roof is when the sun is shining. Don’t wait until it leaks, or worse, caves in. With all the signs of change and challenge in the manufacturing world, if you fail to wake up, get urgent, thaw out the frozen status quo and innovate rather than stagnate, you have a death wish for your business. The signs of change are abundant and the pace is accelerating. You can change, or be changed, but either way something is going to change.

Dave Anderson is the author of: If You Don’t Make Waves You’ll Drown: 10 Hard-Charging Strategies for Leading in Politically Correct Times (Wiley, October 2005). He is a speaker and trainer with management expertise who earned his business reputation by leading top national car dealerships to sales of $300,000,000. For more go to: www.LearnToLead.com