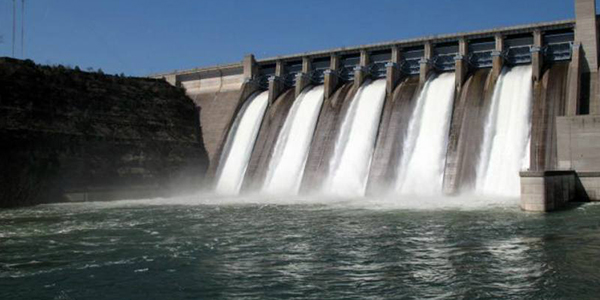 The Columbia River has been a boon to both commerce and to the natural environment; pristine in places, it has sustained habitats that have, until recently, procreated, lived and died at the whim of nature.

Developments in the form of manmade structures and machinery have, however, impacted nature. The focal point has been the plight of the migratory salmon, and problems caused to juvenile and adult migrations to and from the ocean by – among other mitigating factors such as water temperature and pollution – the physical presence of dams and reservoirs and utility networks. What began as a regional concern has mushroomed into a national outcry on behalf of fish populations, a protest that has not fallen on deaf ears.

Alstom Power’s HydroPower Unit has invested millions into programs to protect fish in the northwest as well as in the southeast. And because nature and humans have a symbiotic relationship it has been a well-placed pot of gold, not only for the fish, but for Alstom itself. The company has leveraged its expertise into several niche areas, among these, a program called “Green Application” that involves developing fish-friendly designs.

To curb the Columbia River problem, the hydropower industry has invested an average of $500 million annually, working in concert with the Army Corps of Engineers, which maintains several dams and reservoirs along the Columbia and Snake rivers. However, migration disruption, says Vice President Greg Walsh, is only one of several problems plaguing fish populations. Another occurs when the amount of dissolved oxygen in the water is too great or too small. Other concerns have centered on the amount of contaminants in the water, such as grease lubrication, and the turbine runner itself; if the gap is too wide between the runner and outside case, fish mortality can increase.

In the area of contaminants such as grease, Alstom’s Center of Technology in Grenoble, France have been hard at work developing designs that would be “oil free”, says Walsh. To solve the dissolved oxygen problem, Alstom has also devised a design that aerates the water. The company has been participating with the Department of Energy to redesign the hydraulic profile for minimum gap runners to decrease fish mortality. This design is soon to be tested at the Army Corps of Engineers facility in Vicsburgh, Miss.

“We are on the leading edge for the push forward into more environmentally friendly designs,” says Walsh.

Mature industry, new markets
In Alstom’s case, one fish’s plight is another’s chance to refine technology for use in other markets. Because hydropower is a mature industry, advances are minor and limited, especially in the U.S. market, comments Vice President Carlos Torres.

“The U.S. market is primarily in refurbishment; most activities involve existing plants that are being upgraded and modernized,” he adds. Pending legislation to recognize hydropower as a renewable resource – and the resulting tax benefits – could push the industry forward. But in the interim, there is a small amount of new equipment under production.

Invented over 150 years ago, hydro turbines originally were used on gristmills, and an excursion along any major waterway is sure to uncover at least one of these old structures. At present, hydro power accounts for only 11 to 12 percent of installed capacity generated in the U.S., a small percentage, Torres points out, when considering that, in Brazil, hydro accounts for 95 percent and in Canada it represents half of the power generated.

The percentage gap, Torres explains, has to do with available resources. “This country has developed most of its available hydro resources, and in addition current environmental and legislated requirements make it more difficult to develop new hydro projects,” he says.
However, in developing countries such as Brazil, China, and India, energy demands are skyrocketing, with the proportion of available resources to sustain hydropower equal to, if not significantly greater than, the demand. With China being the largest market, India, Pakistan and Brazil, round out the major international arena for Alstom’s hydropower products.

Within the U.S., Alstom counts as its main customer the Bureau of Reclamation and the Army Corps of Engineers, which comprises about half of its business. The rest is divided among investor-owned utilities, municipalities, IPP’s and major developers.

Concentrating on the nuances
Even considering the activity abroad, hydropower is still a somewhat flat market. Mr. Torres explains that Alstom’s North American hydro unit, which in addition to the turbines, generators and systems/controls group, covers all of the equipment inside a power house, has driven itself to focus on “the nuances” which have helped to give the company an edge in changing times. Among the technologies that have received the most attention:
¥ ALSPA P320: This plant automation system integrates both basic DCS functions and plant management functions and remote observation/maintenance. Its flexible and open architecture is based on industry-standard hardware components and standard communication networks. It allows an optimization for every type of power plant (thermal, hydro, nuclear, diesel, associated substations) and all types of contracts (new plant full automation, retrofit, rotating machine control equipment). The experience of electrical integration teams allows optimum integration in the electrical system of the machines, bringing them “intelligence” for better performance.
¥ MiniAqua(tm): Effective for facilities with minimum flow requirements (in which, for example, a dam or reservoir has minimum water flow necessary to sustain eco systems.) This product, Walsh explains, has strong potential, especially on a global level, where orders have already been received. Brazil, in particular, has seen the system’s merit. In the U.S.A., legislation is pending to recognize “small hydro” as a renewable resource, which would result in tax incentives. “If that happens this technology could be more in demand,” he says. MiniAqua integrates the hydro turbine, generator, and the control system in a single standardized product. It covers all small hydro applications from 300 kW to 30 MW per unit, depending on the head (from 2 to 1000 m).
¥ PowerFormer: Powerformer is a new concept that eliminates the need for a step-up power transformer. This generator produces electricity and voltage equal to the grid, and eliminates the need for a transformer and related auxiliary equipment. So far, this system has found a place in plants in both the U.S. and Canada as well as Japan and Scandinavia. “We’re the only company to pursue this technology,” Walsh explains. “It’s unique and patented.”

Turnkey “full-service supplier”
Contracting trends have affected the way companies do business and that has not escaped Alstom. This company, Torres says, is uniquely positioned and equipped to provide comprehensive services including not only the main generation equipment but also the design supply and installation of all the necessary auxiliary equipment including controls, switchgear, transformers and protection devices. This expertise and ability to handle all aspects of a major power project has been recognized by owners and operators worldwide, who like to have a single focal point of responsibility, regardless of the number of participants in the contract.

How committed is Alstom to its global mission of developing and manufacturing the best power systems on the market? You perhaps can show no higher commitment than the reinvestment into R&D activities to create new technologies and improve the performance and reliability of the company’s products, a commitment from Alstom that has never wavered. As emerging markets continue to demand the infrastructure, Alstom will continue to provide dynamic support in the field of power generation. Along the way, the company will no doubt rescue more habitats from distress.