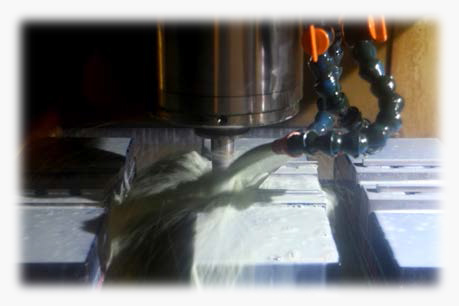 The firearms manufacturing industry is a competitive landscape marked with small-to-large players producing intricate small handguns to large weapons used by the military, law enforcement, hunters, hobbyists, and other specialists. Within this production environment, many complex precision parts and pieces are required for key elements such as frames, barrels, and trigger assemblies–along with a range of other special products including tooling, triggers, safety equipment, fixtures, lower/upper receivers, etc.

Approximately 95% of gun parts are manufactured by milling. Large manufacturers like Smith & Wesson® (one of America’s longest-standing, leading firearm brands), recognize that tool life is vital to keeping up with production cycle optimization. Therefore, more advanced, rigid machines are being leveraged with the highest grade and exotic materials to overcome associated tool life problems.

One constant challenge to tool life is chatter (or, vibration)–which corresponds to the relative movement between the workpiece and the cutting tool. The condition not only causes poor finishes on the parts, but will damage and significantly reduce the life of end mills. Carbide end mills are particularly susceptible to damage. Poor fixturing, workholding, and machine maintenance all contribute to chatter and its associated problems.

Chatter in cavity milling also creates uneven wear on cutting tools and shortens tool life–rendering it to be self- sustaining until the problem is corrected.

Recently, Evolution Gun Works, Inc. (EGW: Quakertown, PA), a progressive designer and manufacturer of world-class parts and accessories for popular rifle and pistol models since 1991, had been experiencing significant chatter on their existing Fadal Engineering (Brea, CA) machining centers and wanted to eliminate the problem as they expanded and invested in more complex Hyundai WIA (Itasca, IL) mill centers.

Known for their superior craftsmanship and attention to smithing detail, EGW is one of the largest suppliers of scope mounts, 1911 pistols, and assault rifle parts and accessories in the U.S. Beyond the racket of clunking noises when the tools were loaded and unloaded in their machines, and the high pitch shrills that indicated chatter in the workpiece, EGW principals ultimately wanted to eliminate the potential poor surface finishes on parts (which would require secondary bench operations) and critical damage to expensive workpieces.

Investigations of vibration and chatter issues point to this improper seating of the toolholder in the spindle because when a standard retention knob is tightened, it can produce a bulge in the taper that prevents full contact and correct seating in the spindle. As a result, the toolholder is unable to pull completely into the spindle, and contact is made at the small end of the holder instead of at the large end at the gage line.

JMPP’s patented knob design is longer and reaches deeper into the cross section of the holder’s threaded bore. As a result, all thread engagement occurs in a region of the toolholder where the cross-section is thicker to resist deformation. A precision pilot increases rigidity, the knobs are hard turned to ensure precision fit, and are balanced by design with threads cut to start and finish 180 degrees from each other. The High Torque knobs will work in existing toolholders. 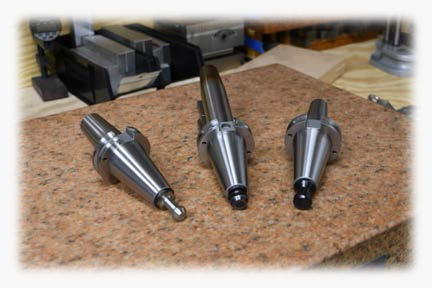 EGW manufactures gun parts and accessories that must deliver reliable performance under the most stressful conditions and stand up to repeated heavy use. To accomplish this, and meet the strict standards of the firearms industry, they use only the highest-grade exotic materials including:

component manufacturing, machines a lot of these exotic alloys and hard metals which can take a toll on the carbide cutting tools used. The result is that the tools must be changed out more frequently as they dull or break. The cost of tool replacement, not to mention loss of production time due to frequent changeover, can escalate costs as well.

EGW’s 23,000 sq. ft. facility features fourteen CNC mills to deliver the highest possible precision, with tolerances as low as .0002. A 4-axis horizontal mill is also used for increased milling capabilities–allowing them to make precision cuts along 4 different axes instead of just 3.

With the solution in hand to address all of these demanding variables, EGW converted all their CNC mill operations to JMPP’s High Torque retention knobs– including the migration of their new Hyundai WIA machining centers which are more rigid and capable of simultaneously undertaking multiple processes. 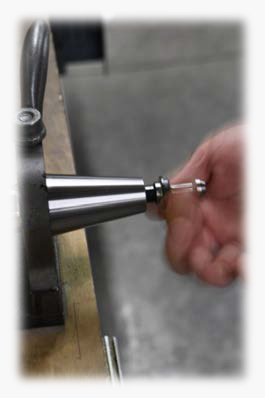 In firearms manufacturing the highest quality, precision milled, end-product reliability is vital. By increasing contact of the holder and the spindle at the gage line, a wide range of CNC milling issues were overcome for EGW including: vibration and chatter, poor tolerances, non-repeatability, poor finishes, shortened tool life, excessive spindle wear and tear, run-out, and shallow depths of cuts.

EGW’s main goal was to avoid chatter and improve surface finishes. The inherent natural frequency of a cutting tool causes chatter. This natural frequency can be affected by many process conditions including cutter tooling, part fixtures, overall machine condition, and most notably, the toolholder. By addressing the toolholder issue via JMPP’s knobs, EGW was able to overcome the resulting chatter that creates surface finish problems, and eliminated additional benching operations that add to the cycle times. These issues are true profit-killers because they compromise part quality, create scrap, delay deliveries, and destroy perishable tooling.

According to Steve Seaman, EGW’s CNC Shop Foreman, “The knobs were easy to use and we saw the effect instantly. We would run an end mill and have chatter, then change to the JMPP High Torque retention knobs with the same lot of material, same coolant, on the same machine, then no chatter–impressive! The resulting surfaces are now consistently smooth with no imperfections.”

Eliminating chatter also reduces wear on cutting tools and machining centers to minimize machine downtime. This is essential, as tool life is key for firearms manufacturing where the demanding requirements of using exotic materials like stainless steel being run is prevalent–since the end product is easier to clean and not effected by gun powder residue. Notably, military applications are using these less corrosive exotic materials as the discharge’s high flash/burn powders don’t affect them.

In respect to the issue of chatter across the board, JMPP President, John Stoneback stated, “The total system remedy is to eliminate all vibration sources that can lead to harmonic responses. Run the job on the ‘tightest’ machine available. The more that the machine’s enginnering and spindle are tight and robust, the less chatter will occur. Less expansion in the tool holder helps the most on longer tools and run out as well as chatter. Our High Torque retention knobs are at the forefront of closing this productivity gap, and can help milling operations conservatively achieve a 10-20% competitive advantage.”

EGW owner Smith concluded in stating, “We’ll be using the High Torque retention knobs exclusively moving forward as we order new sets for every new machine that gets delivered. In fact, we are taking delivery of two more machines at the end of the summer which will feature JMPP’s knobs.”

Over 750,000 CNC mills have been put into service in the past 15 years in the US, and the fact is, many of the toolholders will expand when a traditional retention knob is installed. As more end users begin to understand the retention knob’s critical role as the interface between the toolholder and machine spindle, they will progressively move towards converting to JMPP’s High Torque retention knob for a myriad of benefits– including reduction of chatter. 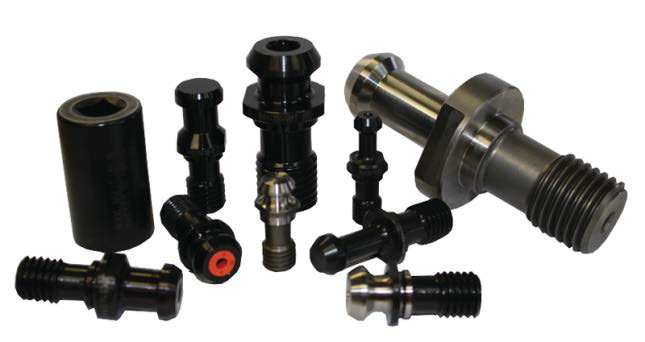 CORPORATE PROFILE: Established in 1966, JM Performance Products, Inc. (JMPP) has firmly established itself as a leading manufacturer of CNC mill spindle optimization products. Across a myriad of markets, JMPP is dedicated to reshoring with over 500 styles of patented Retention Knobs for BT, DIN, ISO, and CAT toolholders from 30 taper to 60 taper−all manufactured and material sourced in the United States! All products in the integrated suite are engineered to optimize milling machine performance including: improving finishes, eliminating run-out, reducing chatter and harmonics, decreasing set-up times, extending tool life, and increasing spindle performance.