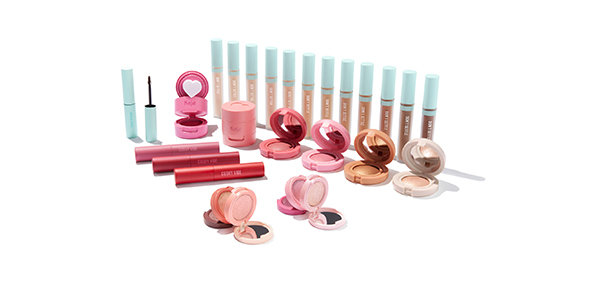 Any company looking to gain retail customers for their products is in for a life-and-death struggle. In consumer products, the goal is shelf space — and companies that have shelf space guard it with cutthroat ferocity. Huge chain stores such as Wal-Mart, Walgreen, Albertson’s and Longs make it exceedingly difficult for new suppliers to gain access to their stores. A company seeking their business has to find a way to wedge in between some of the giants of the consumer products world.Over the past three years, however, shoppers in the cosmetics department at the above-mentioned chains have been able to find nail polishes under the names Mood Changing, Witch’s Nails, Body Language and Magic Metals; mascara under the name Glitter Magic; and nail care products such as Fun Files. They could also locate polishes packaged in containers resembling colored light bulbs, under the Mini Light Bulb name. If they tune in to QVC, they might find the same products.

The worker of this marketing miracle is Toma Industries, Inc., of North Hollywood, Calif. Founded in 1998, Toma has staked a claim to territory once thought to be the sole province of large consumer products machines such as Revlon and L’Oreal. Its presence is not limited to the major U.S. chains; Toma currently sells products in 33 countries and is looking to increase this total to more than 40 in the next five years.

Toma is unique in more than its rapid success. As Janel Faraci, the company’s vice president, explains, “We’ve been able to place our products among professional salons as well. Some companies sell only to professionals, others sell only to retail. We’ve divided our company so that we can hit both targets, and we’ve done it successfully.” So successfully, in fact, that Toma has grown from its initial-year revenues of $650,000 to a projected $15 million for this year.

The Chemistry for Success
Toma is the brainchild of Benny Borsakian, Faraci’s husband and a veteran marketer of personal care products. After finishing a tour of duty as a Marine tank commander, Borsakian joined his mother’s beauty salon and set about learning the business first-hand. He quickly came to understand the essentials of nail polish, hand creams and body lotions. By combining what he learned with some of the industry’s most innovative marketing techniques, Borsakian helped his parents transform their business into Jessica Cosmetics, a multimillion-dollar enterprise.

In doing so, Borsakian acquired the knowledge of nail polish chemistry that would prove vital to the business he would eventually launch. He began by marketing Toma™ brand nail polish, featuring natural pearl, to professional salons. It has since become one of the brands of choice to salons both in the United States and abroad.

Soon after establishing the professional line, Borsakian took on the challenge of retail and over-the-counter sales. Given the difficulty in cracking the product lineups at most major retailers, this would prove to be the young company’s most difficult move. Yet Toma benefited from the fact that the nail products segment had become tired and lacking in new looks and excitement. The company’s products, marketed under the umbrella name American Woman®, provided both excitement and the most up-to-date fashions, and did so at affordable prices. Having scored successes at retail, Toma also began supplying private-label cosmetics, which are sold under its retail customers’ already-established brands.

Innovation on Display
Along with building the product line, both Borsakian and Faraci applied an aggressive attitude toward increasing Toma’s customer base. According to a recent story in the Los Angeles Business Journal, Toma exhibited its products at 59 industry trade shows in 2000 (Borsakian and Faraci were present at 40 of those shows, according to the story; they log about 600,000 air miles a year). Toma’s signature continues to be trendy products that the rest of the industry is looking to copy, aimed at women aged from 8 to 60.

The company’s trend setting isn’t confined to products and colors. Toma has also turned the personal care industry inside out with its packaging concepts. The bottles shaped as light bulbs are just one example of the company’s creative flair. Toma also debuted a new concept called School Tools, which includes its Body Language body glitter, Lip Pops lip gloss and Mood Changing nail lacquer in one clear, plastic, easy-to-carry package. Along with inventing the School Tools packaging concept, the company also created a display on which a store can hang all of the School Tools products so that shoppers can easily view and select one of the color options.

Merchandising displays have proven to be a particular talent for Toma. In another concept, the company provides Fun Centers for its nail polishes. Resembling the displays found in arts and craft stores for oil paints, Fun Centers allow stores to place polishes on hooks, which allow their patrons to easily take one of the color selections. The display also permits the store to organize the polishes according to color and specialty finish.

Toma is also the creator of the Z display, which is used for its light bulb-bottled products under the Mood Changing and Watt A Color brands. The Z display is exactly what it sounds like — a Z-shaped merchandiser with products lined along the top and inside of the horizontal portions of the Z. It’s yet another attention-grabbing means for a store to offer its polishes according to color.

Glossy Future
A company that has been as aggressive as Toma in creating both new products and new ways to present those products has nothing but a bright future. Earlier this year, the company demonstrated that its growth is by no means confined to internal product launches. It acquired the Tantra subsidiary of Star Nail Products, Inc., of Valencia, Calif. The deal gave Toma a slew of new polishes and colors. Faraci says Toma is now hard at work on a relaunch of the Tantra line.

The company is also in the process of still more new color additions to the polish line. One of the most dramatic introductions in its polishes is Chroma, a reflective polish that is just now gaining placements with its customers.

On the international end, Toma has other territories to conquer. Faraci says the company’s goal is to stretch the number of countries in which the company does business to 45. In particular, Toma is looking to expand in the Latin American markets. Domestically, Faraci says finding new retail customers is a critical goal.

“In achieving the growth we have thus far, we have received help from employees, vendors and customers,” she says. “We’re proud of our growth potential.”