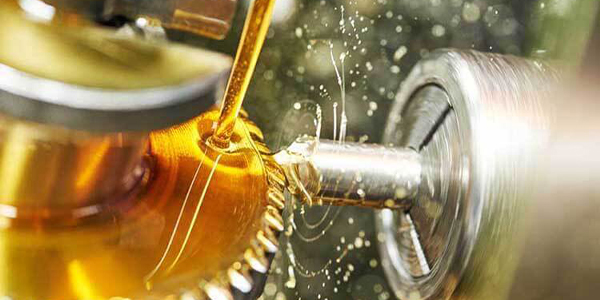 With the world focused on the rising price of crude oil and its inexorable inflationary impact at the gas pumps, not much gets said about lubricants. Derived from addictive mixtures applied to base oils that are refined from crude oil, there are thousands of varieties of lubricants that perform critical yet often overlooked functions in machinery in multiple economic sectors, most notably the industrial and automobile industries.

As oil prices go up, the cost of manufacturing lubricants inevitably increases, forcing independent lubricant manufacturers to adopt strategic and proactive measures to achieve business success. And the organization that helps support and drive business for those companies is the Independent Lubricant Manufacturers Association (ILMA).

Founded in 1948, ILMA was established to meet the needs of its members by providing advocacy, networking, and a collaborative effort to succeed in today’s business world. The trade association is the principal voice for the industry before Congress, federal regulatory agencies and other industry groups. Through its enforceable Code of Ethics, ILMA promotes integrity and quality in lubricant manufacturing and marketing. According to Celeste Powers, Executive Director of ILMA, there are 285 current members, a roster that has remained steady through the years, which is remarkable, considering that other industry associations typically experience membership ebb and flow.

There are several reasons why ILMA remains strong. First, ILMA is not a dues paying body. The association generates its revenue through advertising and conferences, so the burden of proof rests not on annual membership fees but rather on the services that ILMA provides for its members. Second, ILMA’s two annual conferences are consistently well attended, a testament to the networking and educational value members get at each event. Third, ILMA provides a single voice to the Federal government, which is key, considering that most independent lubricant manufacturers lack the financial and political wherewithal to influence Capital Hill. Finally, and most importantly, ILMA truly bands together independently owned lubricant manufacturers in a collaborative fraternal organization that has learned the value of “coop-tuition” in the face of major oil companies that could threaten the future for North American-based independents.

“Unlike other industry associations that draft a strategic plan, ILMA actually executes its plan,” said Powers. “In fact, we are halfway through our second strategic plan to provide effective sales and marketing support to our membership, which is broken into three categories: manufacturing, suppliers, and marketing vendors.”

Independent action
To put it simply, to qualify for independent lubricant manufacturing status, a company must not have a refinery. ILMA members purchase base oils from major oil suppliers and then blend those oils with additives to make a wide variety of lubricants for industrial manufacturing customers and automobile makers.

Competition among independents does occur but more frequently, due to the regional nature of ILMA’s network, members go head to head with major refineries. And in that David vs. Goliath scenario, the strategy is to out-service the big brands and build solid relationships with customers at the local level.

“It’s unique that you have independents serving niche markets that majors don’t want to deal with,” said Jim Kudis, President of The Independent Lubricant Manufacturers Association. “In fact, we independents will work together in a concerted effort to help one another compete with the majors.”

Kudis conceded that competing with the very companies that supply the base oils can create a difficult situation. But at the end of the day, independents play a vital role in the industry and without their survival a great deal of innovation in lubricant formulations would be lost. For example, one ILMA member with one-base oil source and 40 to 50 additives can create as many as 500 different lubricant products. And it’s that level of ingenuity and resourcefulness that is most needed today to overcome the biggest challenge in the industry.

The laws of supply
Today, the overriding issue in the lubricant business is supply, namely acquiring and storing Base II oils, which are being mandated at the Federal level particularly to meet ever-more stringent emission regulations in the automobile industry. According to a recent ILMA newsletter, Compoundings (February 2006), “Supply has tightened for many ILMA members – notably white oil and heavy neutral stock – and the picture isn’t bright for at least the next few weeks.

“According to industry resources, the white oil market is ‘beyond tight,’ due to a number of factors, including the Jan. 7 fire at Petro-Canada’s white oils facility and the Excel Paralubes plant explosion two weeks ago.

“Because of these two unfortunate events, companies are having difficulty meeting demand and have forced many suppliers in the industry to go on allocation or implement force majeure on their lines. Industry observers note that ILMA members will have to rely on their tank or rail car inventory for the time being because supply could remain tight for the next eight to 12 weeks.

“Furthermore, six months after Hurricane Katrina made landfall, the impact can still be felt in the heavy neutral market. Because both Citgo and Exxon Mobil’s refineries were down following the hurricane, and Motiva Enterprises announced it has delayed opening their expansion by one week, further tightening the supply of Group II.”

Storage solutions
The second hurdle confronting ILMA members is storage, again as a result of industry dictating the use of the highest quality of base oils. In other words, securing a supply of Group II Base Oil is one challenge, but storing it onsite represents a second.

Lubricant storage capacities vary among ILMA members. For example, Kudis’ company is one on the large end of the spectrum, with more than 80 tanks with storage capacity of about 20,000 gallons each. The need to carry a variety of raw materials including Group I and Group II Base Oils puts a burden on ILMA’s Manufacturing Members because of limited volume of storage tank assets. But it is not uncommon for ILMA members to ship and receive base oils in tanker trucks carrying 6,000 gallons, rail tankers containing 24,000 gallons, and barges holding as much as 500,000 gallons.

“The need for Group I and Group II Base Oils has definitely put pressure on ILMA Members simply because the less room you have, the harder it becomes to buy larger lots, and the more you can buy, the better the profit because this is a volume-driven business,” said Kudis.

ILMA on the Hill
To combat such harsh mandates and communicate the importance of lubricant manufacturing in North America to Congress, ILMA conducts proactive and ongoing lobbying initiatives, led by the organization’s Chief Counsel, Jeffrey Lieter.

“Policy makers must understand that the economy needs more than gas and diesel to operate and when the equipment can’t run the economy suffers,” said Lieter. “We strive to influence legislation that supports lubricant manufacturers in the country, because a number of ILMA members have seen customers move production facilities offshore, which often prompts them to follow that business.” In fact, about two-thirds of ILMA membership actively exports products to other countries or has formed joint ventures or licensing agreements with foreign entities to sell lubricants in other countries, according to Lieter.

Interestingly, Washington DC would be wise to watch trends in lubricant manufacturing, because as Lieter put it, the industry serves as a sort of economic barometer. “ILMA members can usually tell when the economy is speeding up or slowing down, which can be simply reacting to increased demand by adding extra shifts or decreased demand by removing shifts.”

Full speed ahead
Going forward, ILMA Members are excited about the evolution of their industry. As independents, they move more nimbly than their larger competitors and can therefore excel at service. One aspect of this service is fluid management, a unique method of outsourcing various stages of maintenance and managing all of the lubricant supply needs of their customers. This enables the end users to keep their internal resources focused on their respective businesses.

“In the industrial segment over the last decade or so we have been capitalizing on outsourcing the maintenance of customer lubricant requirements,” said Kudis, “For example, previously a steel mill customer may have handled all of the technical aspects of application, inventory management, quality control, and the supply chain. By introducing fluid management through ILMA Members, that customer can run their business more efficiently with fewer personnel focused on these tasks. Customers with multiple locations throughout the country can be serviced through cooperative efforts of ILMA members, which proves the effectiveness of the regional, independent service model.”

Kudis is equally excited by the burgeoning opportunities in technological advances, one of which is the so-called bio-based oils, including soy and canola oils. He said that there have been many advancements in this area and that manufacturing lubricants including bio-based oils does not require expensive re-tooling, and furthermore, anything that decreases America’s dependence on foreign crude can only be a positive development.

“For ILMA, the use of bio-based oil is not only fascinating but smart because it enables new alliances with more stable sources within and beyond our current supply chain,” said Kudis. “It’s another way that independents can look to differentiate themselves and bring value to
their customers.”

So as the world struggles with the supply and demand of crude oil, ILMA, the organization that represents the unheralded, yet critically important, lubricant industry, is doing all it can to literally keep the moving parts of the global economic engine running smoothly.