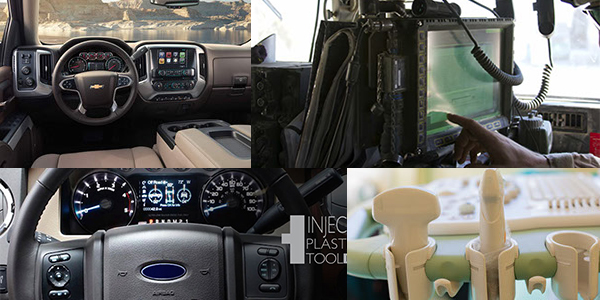 Fawn Engineering is part of the Wittern Group, a privately held group of companies focused exclusively on the vending industry – but it is a very special part. The company produces the machines that give purpose to Wittern’s other holdings: the finance company that makes it easier to purchase the equipment, and the entrepreneurial support system that makes it easier for the purchaser to succeed.

It all started with peanuts. Sixty-two years ago, when Fawn Engineering began its operation, it built and marketed peanut vending machines. The devices were sold to route salesmen, and before long, they were popping up in gas stations and bus depots around the country. Since that day back in the 1930s, the product line has expanded significantly.

Today, the company offers a full line of vending machines, even those that bring minnows and shiners to the people who would rather fish than cut bait.And it is the willingness on the part of Fawn Engineering to customize its product and its thinking to the objective of the customer, no matter what special effort has to be made, that keeps the company ahead of the field. When a potential client expressed a desire to investigate the possibility of developing a tool vending machine for its work force, Fawn took on the assignment. Another wanted an automated detailing center for a car wash. The result was a customized machine that could hold everything the car buff needs to buff his car, and otherwise keep it looking good – from chamois to shampoo. Last fall, the company developed a large-capacity vending machine for cans and bottles.

Method to the Madness

At first blush, it would seem to tantamount to business insanity to do the research, re-tooling and production necessary for the benefit of just one client. But Fawn Engineering capitalizes on its developmental efforts by marketing the finished idea to other potential customers. With a bit of sales skill and a little luck, the gambit pays off.

The marketing strategies used are all directed to the end user – individual mercantile establishments, route managers and the like. A separate unit, a Wittern sales company, handles the client contact work. Occasionally, the marketing effort is directed toward an intermediary, such as the Sam’s Clubs organization, to provide a longer and broader reach.

F.A. Wittern, an inventor who held many patents for vending machine equipment, began the Wittern operation in 1931. He was ahead of his time by organizing a number of firms into a group dedicated to satisfying the needs of the changing marketplace for vending machines. The group evolved into an organization that contributes enormously to every arena of the automatic merchandising industry – manufacturing, financing, food service, consumer education and support for worldwide marketing in countries from Argentina to the United Kingdom. Customers in South America, the Caribbean, Europe, South Africa and the Far East have all realized benefits of some part of the organization.

The company also provides consumer education, sharing the experiences of more than half a century of being in the forefront of the merchandizing industry with its end users. It also offers training, group insurance, location assistance and proposal writing services. Customer support is another arena that the members of the Wittern Group, and Fawn Engineering, deem extremely important. The company operates more than 700 factory-authorized service centers and sales outlets around the world, all maintaining close contact with the customer.

Fawn Engineering can boast of a client base in excess of 10,000. Although the majority of clients are located in the United States, Canada and Mexico, the percentage of exported equipment has been growing of late, and at this point in time hovers around the 15 percent mark. The company is also planning for a United Kingdom distribution office just outside of London.

Headquarters is in Clive, Iowa, and there is a small plant in nearby Waukee that is the assembly site for spare parts. Altogether, there are about a half million square feet of floor space devoted to manufacturing, warehousing and administration. The company employs nearly 500 Iowans.

Those employees share the dedication of management regarding the push to widen the horizons of a company moving into the 21st century. Immediate goals include productivity improvement through retooling and equipment upgrade efforts, especially in automation, and a heavier reliance on computers and computer systems to bring sales and revenues to new highs.

There is no reason to believe that those new highs will not be reached. Fawn Engineering is a forward-looking company, servicing an industry that has seen consistent growth over many years. Consumers have become accustomed to vending-machine purchases and have demonstrated a liking for vending machine products – from apples to Yodels – and appreciate the convenience of being able to have what they want, when they want it, at any time of day or night. The variety of products available seems to increase daily, and the proliferation of these automatic, non-human cooks and waiters and storekeepers continues at a remarkable growth rate. Fawn will rise to the challenge.