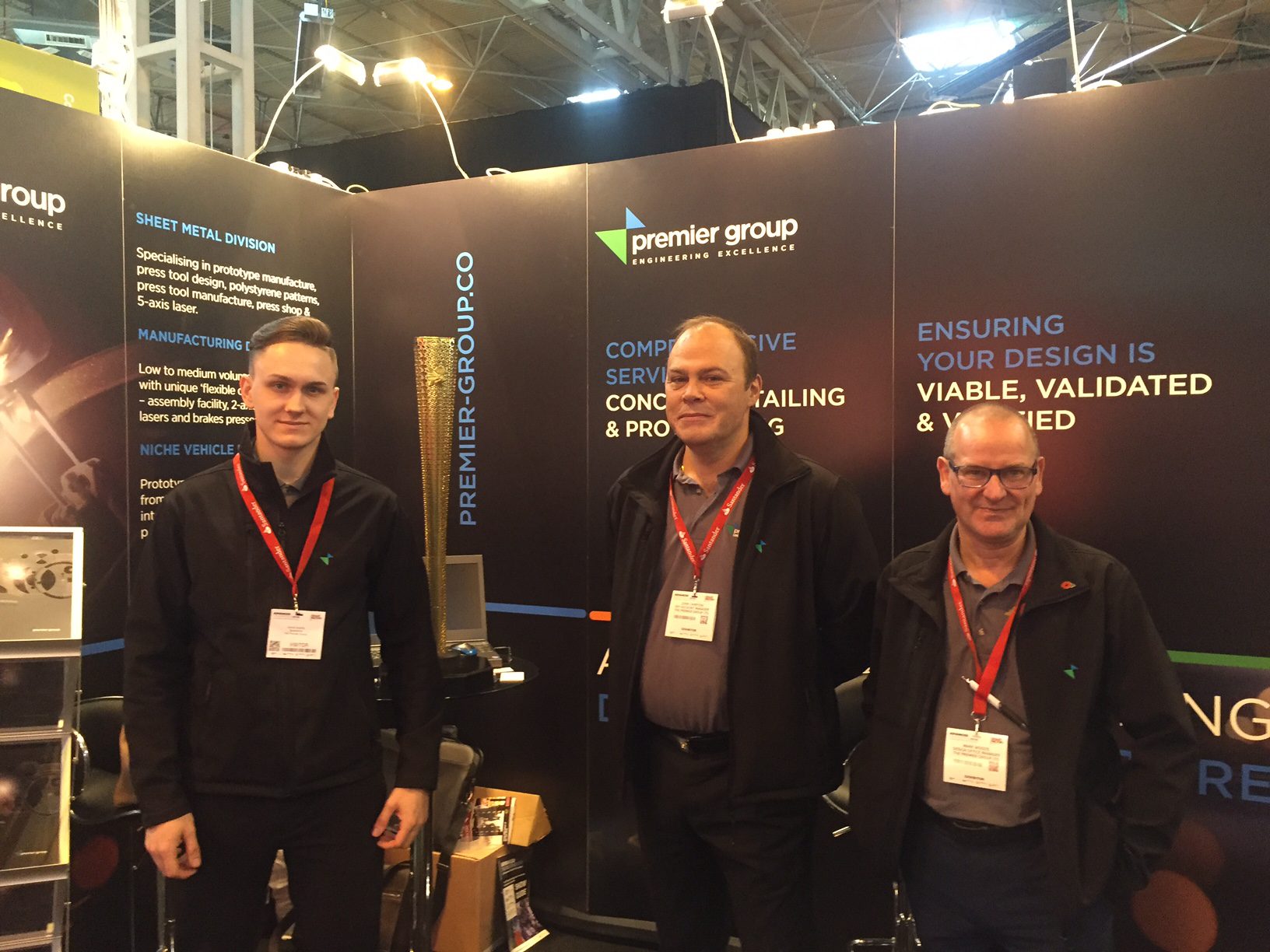 Coventry-based manufacturing firm Premier Group has in recent years developed its very own apprenticeship programme as a logical and effective response to the industry-wide challenge of aging and deskilling of the workforce. Today, departments throughout the company, including Niche Vehicle Production, are all reaping the benefits of new and increasingly skilled employees.

A few years ago Premier Group management realised that most of their employees were in their fifth or sixth decade of life, which meant that many would be retiring in the near future. That, coupled with the fact that recruitment for manufacturing and engineering roles had become extremely difficult, led the company to seek an effective and permanent solution.

The management at Premier Group decided on a ‘home-grown’ solution and set up its very own apprenticeship scheme. As a result, the company has 28 apprentices working and learning onsite, with four of them having been recruited at the beginning of this year.

“All apprentices work and learn on a job-rotation system. This means that they spend time in the press shop, the sheet metal shop and they learn CAD basics in our design office. Thus they get an all-round understanding of the whole business. When they finally join their department of choice, they already have the bigger picture and understand the reasons why we have to do things in a certain way”, he concluded.

Premier Group not only helps its apprentices to build a robust career, it is even willing to fund their university studies, should they wish to pursue an engineering degree. The company uses a unique blend of on-site work and learning, as well as part time university studies.

Gez Halton, Operations Director at Premier Group tells us more: “We want to mentor our apprentices so that they continuously improve and end up as experienced engineers. Although it’s a huge investment on our part over four or five years, at the end, we get extremely well qualified employees that have grown within the business. They finish university with great skills that they’ve learned during their apprenticeships and, as they earn money while studying, they have no debt. This gives them a great start in life.

“What’s even more important, they know that they’ll enjoy job security and a progressive, rewarding career, should they chose to stay with Premier Group. Of course, there are a few cases when our apprentices decide to move on to blue chip companies and that’s definitely a loss for our business, but we like to look at it as a gain for UK manufacturing as a whole. Some of our ex-apprentices end up holding key positions in multinational OEMs, which is not ideal for us, but proves that the scheme and training does work and we’ve done a service to the industry.”

The Premier Group also takes on pupils for work experience from schools. Youngsters aged between 14 and 18 join the company for up to two weeks and spend a day working in each department on the shop floor and in the CAD design studio.

Gez Halton believes that this is the best way to get pupils interested in STEM: “I’m a big believer in exposing young people to real life manufacturing environments. It shows them a career path that they otherwise may have not considered. After the two weeks are up, we are always available to work experience participants for mentoring and counselling. We sit down and discuss their options and I tell them what GCSE grades they need for their chosen career. It is this kind of support that is unfortunately no longer provided by traditional schools.”

Recently, the company has launched its Niche Vehicle Production department for high-end vehicle projects. From bulletproofing and luxuriously customising top-of-the-range limousines, to producing hearses and other special vehicles, the department is now fully operational and requires highly skilled employees.

“This need for high-level skills in the Niche Vehicle Production department is a good thing, because this is where we will be sending some of newly qualified apprentices”, says Gez Halton. “The success of this new venture, as well as that of the whole company, depends on our commitment to invest in people.”

At Premier Group, the management strongly believes in promoting and recruiting from within. Many of the apprentices taken on a few years ago are now in management roles and some are going on ILM (Institute of Leadership and Management) degrees.

Craig Corbett, 29, Design and Stamping Engineer at Premier Group is one such example.

“I started with the company when I was 22 doing an apprenticeship that most people would start when they 16. Premier Group helped me so much – I went from a sports background, with no real knowledge of design or engineering, and now I am the guy that other people come to for design work. That’s because the company had faith in me, and I want to pay them back by working with them for many years to come.

Craig did a four-year apprenticeship; after that he decided he wanted to further his knowledge and he is currently a second-year student at Coventry University studying for a BSc in Engineering. He is also on an audit course and soon he’ll become a qualified auditor, which will ensure his progression within the Group.

“I am a Cost Estimator Apprentice at Premier group and I am studying a BTEC NVQ in mechanical engineering. I was employed in September 2015 and did six months at Midlands Group Training Services, finishing in March 2016.

“I do four days at work and one day at college. It’s easy to work with everyone here at Premier Group. I want to further develop my career in engineering and I’m confident that this is the best place to do it place to do it. Everyone is friendly and supportive, and they really want you to succeed.”

Pete Smith, Business Development Director weighs in: “Leah’s success is proof that STEM is not just for the boys – anyone can have a great career path in STEM. She joined us when she was just sixteen and now she is on her way to becoming an excellent engineer. The greatest benefit is that she entered the manufacturing sector early on and she will quickly become a very skilled employee. We hope to support more girls like Leah and help guide and educate them so UK PLC has reliable and competitive workforce it can count on.”

“I went to Midland Training Group and while I was there I e-mailed Premier because I had heard they were a good company to work for and also that they were very successful. I had an interview at Premier and then came back for a second one. When I was told I was going to be accepted for an apprenticeship, I couldn’t believe my luck!

“Starting in September 2014 I spent six months at a Training Centre to learn basic skills and in March 2015 I moved to Premier full time. I began as a sheet metal worker and after a year the company moved me into the design office and I’ve been there ever since”, he concludes.

Daniel’s mentor at Premier Group suggested he follow a route into university and he is currently studying part time for a BSc in Engineering, which is sponsored by the company. He is still working full time at Premier, thus earning money whilst studying.

In terms of challenges, both Pete and Gaz admit that there are a few issues. “We feel that the Government could do more to support apprenticeships, but the way things currently are – with training programmes that attempt to compress a four year degree into a one year apprenticeship – this needs to change. Our success rate is currently 90% for our pupils, but with more Government involvement and incentives, we could take that to 100%. We would like to see more support for the manufacturing sector and a clear, coherent education plan for apprenticeships. We owe it to the centuries-old British manufacturing legacy and to future generations!”