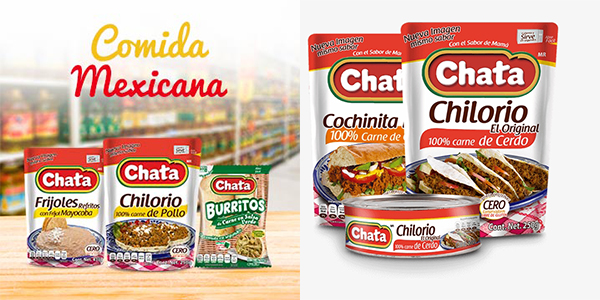 The Mexican state of Sinaloa, located on the Pacific side of the country just below the northern states of Sonora and Chihuahua, is known for its food. And not just “Mexican” food, like tacos, burritos, and chorizo. Over the course of generations, the homemakers of Sinaloa have been tasting and refining recipes that are unique to the region – recipes like cochinita pibil, a suckling pig marinated in citric acids, slow-roasted in a banana leaf, and seasoned and colored with a brilliant red fruit called annatto.

There’s also machaca, which is beef that is roasted, spiced, shredded, and dried, to be served with eggs and beans for breakfast. And there’s menudo, a kind of traditional stew made from tripe and simmered with spices. Mexicans recognize the flavors of these traditional recipes from their childhoods, while foodies around the world looking for something new are picking up on the regional delights that Mexico has to offer.

Now both nostalgic Mexicans and foodies the world over are getting a better opportunity to taste the flavors of regional Mexican cuisine just like mamá used to make it: Productos Chata S.A. de C.V., one of Mexico’s older and more traditional packaged food companies, is making a push to bring its homemade, regional flavors to new consumers and Mexicans both inside and outside the country who want traditional, authentic meals without all the hassle of making it themselves.

The story of Productos Chata goes way back – 40 years back – to the Sinaloan capital city Culiacán. A northern city with a thriving population that counts itself among the largest in Mexico, Culiacán was also home to a woman named Augusta Piña, known to her friends and family as “Chata.” Piña was renowned among them as a master cook, with excellent recipes for classic Sinaloan dishes like cochinita pibil and tamales.

Word had gotten out about Piña’s prowess in the kitchen, and the Machado family approached her about the possibility of selling her handiwork to the public. They began doing so out of their home and through one of the local supermarkets.

As it turned out, Chata’s cooking was a hit.

It didn’t take long before the Machados saw the need to expand. In 1966 they opened up a store in Culiacán called “Chata” and began expanding the line of products. More stores followed, and today Productos Chata maintains a total of 14 stores – 10 in Culiacán, and one each in Mazatlán, Guadalajara, Mexicali, and Tijuana.

Since those humble beginnings, the growing hasn’t really stopped. First, to keep up with demand, Productos Chata found that it needed to industrialize. As good as Piña’s recipes were, there just wasn’t enough space in her kitchen anymore. The industrialization of Piña’s recipes has increased to include four production plants: one for classic, pre-prepared Mexican foods like burritos and tamales; one for cold meats like ham and sausage; one for bottling and packaging finished products; and one for producing the various cheeses that Chata markets.

That industrialization took place throughout the 70s. Then in the 80s, the company found that the popularity of its products necessitated another advance in marketing and distribution. In addition to its network of stores, Chata began selling its products through the large-scale supermarkets that were popping up all over the country at that time. It started by selling to Casa Ley, one of the biggest regional supermarkets. Its customer network has continued to expand until today, when among its dozens of supermarket customers, Chata can count Wal-Mart, Sam’s, Gigante, Carrefour, Oxxo, and Costco.

All that industrialization and commercialization, however, presented a potential problem. The story of the underdog that grows so big it forgets its roots is an all too familiar one. For Chata, such a transformation would have been particularly damaging since it depended in large part on its image as a purveyor of home-style Mexican food. What if through all the frenzy of growth, Chata lost its touch?

But the directors of the company had recognized the danger, and steered well clear of it. For one thing, throughout all the growth and marketing and industrialization, the recipes of Mrs. Augusta “Chata” Piña had remained the basis of many of Chata’s products. For another thing, the 90s was the decade of “Total Quality,” when the directors of the company set out to consolidate Chata’s market position by assuring home-cooked goodness through high quality standards.

Thusly, Chata worked toward and received several quality certifications, such as the Mexican government’s Federal Inspection Type certification for its food processing operation, as well as a green light from the US Department of Agriculture. Chata’s products hew closely to Hazard Analysis and Critical Control Point (HACCP) standards, and recently Chata received a Certificate of Clean Industry from the Mexican government.