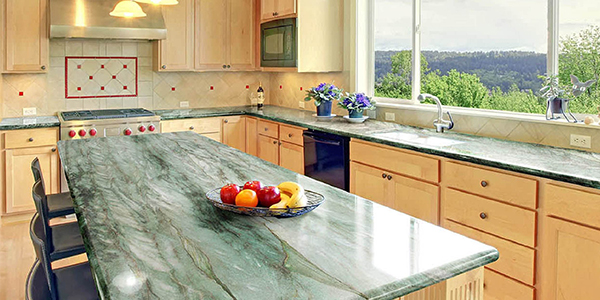 One of the first things I noticed on my first trip to Brazil was that most every building I saw was covered in stone – inside and out – especially the high-rise apartments that spread across the cities, forming a concrete cousin to the Amazon forest. Marble, granite, slate – surfaces of these public and private buildings are lined with decorative stone, from the entranceways to the tops of their top floors. I finally learned that this custom comes from a combination of Brazil’s many European influences (especially in architecture) and its unique tropical conditions. Lining walkways and edifices with stone tiles is as much an exercise in aesthetics as it is in preservation. Buildings left “unsealed” by the stone siding (something common in the poor neighborhoods) quickly deteriorate in the heat and humidity of the Brazilian climate.

So it’s no wonder that when a group of Italian businessmen left its homeland of Italy for the big South American country to start a marble quarry with Brazilian partner Camilo Cola, the group’s principal market was not in exports back to the mother country, as one might expect. Rather, the young marble makers sold their products mainly in Brazil, to serve the country’s construction and population boom of the last quarter century.

It was 38 years ago when Cola and his Italian partners purchased a small marble reserve from Marinho Silviano, the man known in Brazil as the “rock lord.” The quarry was located in the municipality of Soturno in the state of Espirito Santo (just north of Rio de Janeiro State). Having worked in the marble industry in Italy, the group was savvy to the value of these building materials, at least in Europe. The area was only around 3,000 square meters (about 32,000 square feet), but it was a marble mountain from top to bottom. After 38 years, the company is still extracting from the area and expects to do so for the next 200 years.

“In the beginning, nothing was exported,” explains Rodrigo Cola, Commercial Director at Marbrasa and grandson of its Brazilian founder. “Then around five to seven years into the business, with a sound domestic market, we began to export to Europe.”

The company, known as Sambra in those days, has since grown into one of Brazil’s largest granite and marble exporters and domestic suppliers, producing over 60,000 square meters (nearly 650,000 square feet) of finished stone slabs per month and around the same amount is sold in raw block form to other finishers. “With our age and history in the market, we have a long-standing worldwide exportation and a strong brand in foreign markets. This is because we sell basically our own product. The marble and granite that we mine ourselves,” affirms Cola.

The Granite Boom
Around 25 years ago, Brazil began using granite for protective and decorative siding. At that point, the industry changed forever. Granite, an ornamental stone, is harder than marble; and much more plentiful. But at first, Marbrasa did not have the technology to process granite efficiently. “The whole industry had to change the processing methods to work with granite. For example, a block of marble can be cut in 8-9 hours with today’s equipment. A block of black granite, which is not the hardest, takes three days. We have to use bigger stock and different machines,” explains Cola.

Marbrasa bet on granite from the beginning and quickly became Brazil’s first company to export the stone to foreign markets. Its principal market was Europe, essentially a block consumer market, but a small number of very high-end builders in the United States purchased granite from Marbrasa. At first, granite did not change the company much, and it continued to extract and process marble for its principal markets. Soon, however, granite became a huge profit center for the company and today, it represents 75 percent of the company’s stone extraction. About half of that is sold in unprocessed blocks. “We have capacity to cut and process about 1800 cubic meters (over 19,000 square feet) of granite per month. We extract around 3,200 cubic meters in block form each month.”

Over the years, the company traded its marble processing equipment for granite processing equipment, which is not recommended for processing marble due to material waste. So Marbrasa sends its marble out for processing by third parties. But that’s not a practice that is set in stone. The company is about to launch a new marble polishing and production facility. “Before, we worked only with marble, but when granite exploded, we phased out the marble processing machines and worked only (mostly) with granite. At the time, this was OK, but we are now ready to process our own marble again.” The new facility will cut blocks into standard tiles (slabs) and custom sizes for the company’s domestic and international customers.

Exotic Stones, Exotic Markets
Cola is careful to always mention that Marbrasa has never left its marble processing behind. Marble is considered a classic and the company affirms that classic stones and colors will always be in style. Even the company’s granite production is focused on the classics. “We’ve always worked with the classic colors in granite,” explains Cola, “even though we produce a great variety of exotic colors. Our focus is always on stones with one or two colors in them: black, white and green granite, white marble, and similar standards.”

Still, Marbrasa was one of the first companies to extract and market exotic stones, those with multiple colors and more than one pattern of movement in them, or no particular grain at all. At the time, these exotic stones were not a popular item.

But around eight years ago another boom hit the market when the United States began purchasing exotic granite in huge quantities. “Before, we shipped to the U.S. only for large commercial works; only for very rich people,” remembers Cola. “But then the middle class began to consume granite stones and this changed everything. Companies were born just to serve the American market for exotic granite. These companies are restricted to this sole foreign market.”

In Cola’s opinion, the exotic stones are like clothing fashions that change with the times. “U.S. customers like the abstract look of these stones, but other countries think they are too aggressive, too much like a circus.” Nevertheless, it was Cola’s initiative that got Marbrasa back into extracting the exotic stones for sale to its American clients. Cola’s reasoning and analysis of the market is a shrewd one: “The exotic stones are more expensive and, therefore, represent more dollar value to Brazilian companies, but in volume, the United States consumes more classic stones than exotics,” he explains. “The boom came from the Clinton era, when real estate was on the rise. Today, the market is showing signs that it may be reaching its limit.” He expects sales of exotic stones to suffer the most from this turn. “In any sector, when you are very restricted to one market, this is dangerous,” warns Cola.

Another advantage of the exotic stones is that they are usually found in greater variations within a single quarry. Extraction requires less equipment because smaller volumes are quarried, and offers more mobility and flexibility. The volume is smaller, but the value greater, so the company can extract six months supply of stone and then move its machines to another site. When extracting classic colors granite, however, machines have to stay put. “The cost is the same to extract exotic or traditional stones. But the areas are different – they are too far from one to another and demand greater volumes, requiring higher investments, so the exotics end up being more profitable.”

But not all Brazilian suppliers have the same balance in their product lines. “Today there are many companies that are only mines – no production. They sell their blocks to other companies for finishing. There are also companies that sell to the world, but not their own product – they buy from quarries. The fact that we sell our own mined product, makes us more competitive and more trustworthy. We can offer continuity in our stones and in our shipping.”

Return to the Classics
Marbrasa considers itself to be somewhat conservative in not going after the exotics like some of its competition. The company has invested in two quarries for exotic stones in the state of Bahia. From there, the blocks are trucked back to the cutting and finishing plant in Espirito Santo (one state to the south). The company also has quarries of black granite in Bahia and several classic granite quarries in its home state. Most of the classic stones are within 30-400 kilometers (18-250 miles) of the plant. “Yellow granite is very sought after in the United States and we have a great amount of it in Espirito Santo state It’s called Venetian Gold.”

Each of these quarries cost in the neighborhood of $5 million dollars. But the real cost is not in raw materials, but in machinery: bulldozers, cranes, saws and the trucks to move the blocks back and forth. “One of our Caterpilar 988H bulldozers costs something like $1 million. With our extraction of black, green, and yellow granite from different areas, we need to maintain separate equipment at each quarry. That gets expensive,” reveals Cola.

But Marbrasa executives are positive about the future of the industry. “Our expansion for processing marble, and remodeling the actual factory and its machines, will increase production by 25,000 square meters per month. We have a parallel project in the north of the state (a new plant ) for increasing production of granite by another 125,000 square meters per month. That project will cost around $26 million.”

All this investment reflects the company’s faith in the market. “Even given the coming changes in the United States, the world is buying more granite and marble than ever,” Marbrasa says. “Today the market still demands traditional materials, like black granite. It’s what the world buys most. Whoever has the black stuff has to invest in its extraction for
the future.”