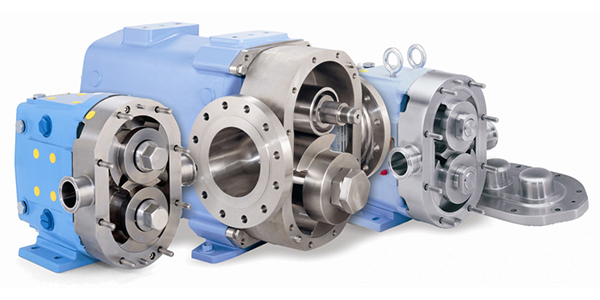 Waukesha Cherry-Burrell is channeling a century of experience in fluid handling and processing technology into new opportunities.

Formed in 1995 by the union of two companies with more than 100 years’ experience in food technology, Waukesha Cherry-Burrell (WCB) has firmly established its position as a leading designer and maker of sanitary fluid handling and processing equipment. Under the brand names Waukesha, Cherry-Burrell, “WC,” Universal, Falling Stream Heater (FSH™), Sentinel® and Votator®, WCB produces equipment for an array of industries that require sanitary processing.

In the sanitary equipment market, some of the world’s best-known foods and beverages are processed using WCB equipment. A host of companies in the food, beverage, dairy, chemical, biotech and pharmaceutical industries rely on the pumps, valves, heat exchangers, dispersion equipment, fittings and complete systems made by this Charlotte, N.C.-headquartered manufacturer. Its products include such household staples as ketchup, peanut butter, milk, cheese, sauces, salsas, salad dressings, pudding, carbonated sodas, beer, juices and soup.

In the industrial market, WCB customers use the company’s equipment to manufacture products such as automotive paint, textiles, paper and chemicals.

The service-oriented company also offers equipment rental for all products, a remanufactured pump/exchange program, a 24-hour parts program and a proving center for product testing for all industries.

With the states objectives of becoming world-class in all of its manufacturing processes and attaining the status of a top-tier manufacturing company, last year United Dominion instituted the UDXcellence program for quality assurance and improved productivity. According to Ivan G. Larsh, president of Waukesha Cherry-Burrell, the company is well on its way to achieving the best practices that form the backbone of this program.

The result was a reorganization that involved moving the tubular fittings operation from Delavan, Wis., to Mexico City, and relocating and doubling the size of the Mexico operation. The Wisconsin facility was then reorganized into focus factories for two major products – positive-displacement pumps and valves – and the process was restructured to approach single-piece flow.

Larsh explains that with single-piece flow manufacturing, the entire process is done at one location in a straight line and in lot sizes approaching a quantity of one. All processes in the line lead to assembly of the final product. This means that each major component of a valve or pump will run from raw stock to completed product at the facility.

“The focus-factory concept is very important to both pump and automatic valve manufacturing because each of these complex products is made to order. No finished inventory is kept on any style of positive displacement pumps or automatic valves,” says Larsh.

Another initiative undertaken at WCB was to eliminate the MRP scheduling for component parts inventory – which is based on sales projections – and replace it with a pull system that is generated by orders. The new system uses two key elements: storage bins called kanbans (a Japanese term) to hold supplies; and instantaneous electronic communications between kanban locations. With this system, a worker uses a laser scanner to read the bar code of the required item when its kanban is empty, and an electronic system notifies the raw material supplier or the previous internal operation that the kanban needs replenishing.

According to Don Canterna, senior vice president of operations, this visual inventory system has speeded production and reduced inventory substantially. He states, “Whereas orders were promised for six weeks and then delivered in eight, now an order can be promised for two weeks and is frequently delivered in 24 hours. And the system is self-governing, which cuts down on time and paperwork.”

Waukesha Cherry-Burrell expanded its market horizons during the past year as the result of two transactions by WCB and its parent company.

Commenting on the benefits of the purchase, Michael Cunningham, WCB’s vice president of sales for North America, says, “This is an excellent acquisition because Bran + Luebbe has a highly engineered product line that complements not only our own product line, but contributes remarkably to achieving our planned territory and market expansions.

“Another result,” Cunningham continued, “is that this acquisition will help our industrial distributors be more competitive with more highly engineered solutions to their customers’ process challenges.”

The second transaction was a strategic alliance WCB formed with Gemü, a German company that is a leading manufacturer of diaphragm valves. Gemü is the No. 1 producer of this specialty valve in Europe, and No. 2 in both the United States and the world.

Carl Taylor, Waukesha Cherry-Burrell’s regional sales manager for BioPharm, explains that the six attributes of a soft-seated, positive shut-off diaphragm valve make it especially appropriate for the pharmaceutical market, which has stringent requirements for sterile production.

Taylor emphasizes the importance of this valve to Waukesha Cherry-Burrell’s product line. “This alliance is important because the diaphragm valve is the valve of choice for the pharmaceutical industry. It is the key component that completes the process line configuration. Before our alliance with Gemü, we could supply everything but that valve. Now we can offer customers the entire component package.” As for the impact on WCB’s market expansion plans, Taylor notes, “The pharmaceutical market has growth potential of between 6 percent and 10 percent per year.”

Commenting on WCB’s plans for growth, Larsh states, “Our traditional food and beverage markets are rather mature in North America and Western Europe. Therefore, market growth is very modest. Waukesha Cherry-Burrell will grow in these market regions by serving customers better than the competition; however, we still expect only single-digit growth. In foreign markets, where we are less known, we expect to experience a 15 percent compound annual growth rate.”

“A unique growth area of the food industry is nutritionally enhanced foods – nutriceuticals. As foods are enhanced by additives, the processes for food will move toward the processes used for pharmaceuticals. For example, food manufacturers add vitamins to cereals so they can make health benefit claims to the consumer. Waukesha Cherry-Burrell’s expanded presence in the pharmaceutical industry will prepare us better for the next wave of expansion in the food industry.”

With more than 100 years of success behind it, Waukesha Cherry-Burrell is moving into the new century with a flow of positive energy and synergy that will serve the company and its customers well.