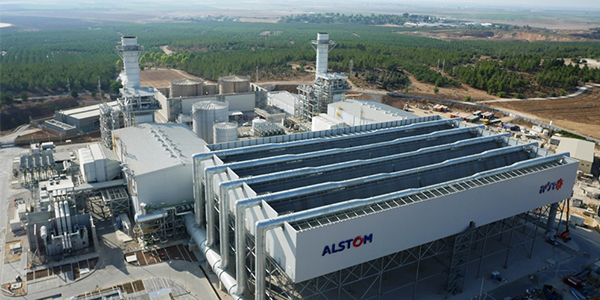 The environment is getting a lot of attention these days, from the notorious Asian “black cloud” that is migrating across the world to ozone depletion to melting ice caps, a phenomena experts claim is a direct result of global warming. All of these concerns have prompted a rash of new governmental regulations.

And any company with emissions knows how cumbersome – albeit important – pollution regulations can be, sometimes demanding that process after process be installed to clean up a particular pollution problem.

ALSTOM’s Environmental Control Systems Business is hard at work helping companies across the globe clean the air. With expertise that has come to the aid of utility giants such as the Tennessee Valley Authority and Duke Power in North Carolina, ALSTOM sees its role as one of providing cost-effective, integrated pollution control processes. The company performs investigative studies to define air emission problems and recommend specific innovative solutions, and will undertake full implementation of the selected solution, encompassing engineering, procurement, supply, construction and erection, commissioning and compliance testing.

“We have essentially three components: power, as in power plants; air pollution controls for petrochemical/refining processes and seven industrial segments that include pulp and paper, cement, glass, iron and steel, aluminum, non-ferrous and waste to energy,” says Bob Hilton, senior vice president of marketing, power and petrochemicals. “Our focus is to find ways to effectively provide compliance with the least equipment. We’re really an engineering, design and project management company.”

Previously, he says, controlling pollution meant installing numerous cleaning processes. “Now the thinking is: ‘How can one device capture multiple pollutants? And how can we make the processes complementary’?”

A business driven by government regulations
A French company, ALSTOM acquired the Environmental Control Systems Business when it purchased ABB’s Power Generation activities in 2000. Environmental Control Systems North American Region, headquartered in Knoxville, Tenn., is an arm of ALSTOM’s Power Sector and is one of the largest air-pollution control companies in the world with one-half of its business in the United States.

“Our business is driven by regulations and economic conditions,” explains Hilton. North America and Europe have the most regulations in place, with Asia now presenting the most pressing need for pollution control measures. “Pollution is a global problem because it migrates,” Hilton says.

Nationally, companies face stiffer restrictions in the very near future on a few key concerns. For example, the amount of mercury dispersed into the atmosphere, particularly from the burning of coal, is forcing a new round of regulations that should be in place by year’s end, Hilton says. The Environmental Protection Agency has concluded that approximately 75 tons of mercury is emitted by power stations across the country. With about 30 tons collected from coal ash, the goal is to reduce the rest and there currently are several proposals under review for handling this removal.

There also are other ongoing regulations associated with the Clean Air Act. Specifically, there is debate over the Act’s New Source Review program that requires permits and air pollution control equipment for new plants or plants that will be substantially modified so that emissions increase. “In theory,” Hilton says, “when you modify a facility you need a new permit that may require that APC be installed. That was the original concept in the 1970s and the thought was that power plants would only last 25 to 30 years.” The reality, however, is that some plants are 75 years old and still humming.

“The new thought is to bring the plants up to new standards at the time they are being modified and not make the process as onerous,” he adds. However, not all plants have been upgraded. To address this, Congress is expected shortly to introduce multi-pollutant legislation to establish standards for all power plants, old and new, with a simple directive: Achieve those standards.

In addition, there are a series of regulations for SOx (sulfur dioxide) and NOx (nitrogen oxide) emissions, as well as particulate matter (pm). The old standard for pm regulated what is called pm10. The regulation stipulates that particulates less than or equal to 10 microns not exceed a 24-hour standard of 150 micrograms per cubic meter in ambient air. A new standard to be applied this year is the pm 2.5 standard that sets limits for particles smaller than 2.5 microns. “It will affect all plants and redefines particulates” Hilton explains. Aerosols, for example, now fall under the particulate heading.

Flue Gas Desulfurization (FGD)
One of the biggest problems with fossil fuel combustion is that it generates a number of gaseous pollutants, including sulfur dioxide, which can be effectively controlled by air pollution control processes. Three main technologies are used to control sulfur dioxide emissions:
¥ limestone based wet FGD
¥ lime based dry FGD
¥ seawater FGD
ALSTOM Power has systematically improved the wet limestone system since the inception of the technology. The company pioneered forced oxidation for gypsum production, and in 1995, introduced a system that represents a significant advancement in the technology including a high velocity, compact absorber. Now the technology has advanced again with FlowpacTM, a smaller, even more efficient and lower cost system.

Dry FGD technologies based on either rotary atomizers or dual fluid nozzles were introduced in the late 1970s as alternatives to limestone-based wet FGD. The installed base of dry FGD systems has provided considerable experience in areas such as two-phase fluid dynamics and materials. This experience has enabled the development of the flash dry absorber or FDA system introduced in 1996. The FDA system uses simple but highly advanced moist dust re-circulation that eliminates the need for a spray dryer reactor and slurry handling equipment. In addition, the FDA system is significantly lower in cost compared to conventional dry FGD systems.

ALSTOM also pioneered pure seawater technology in the 1970s. The seawater process includes a number of advanced features such as no reagent, no byproduct, and is environmentally benign.

An integrated approach
“What we’re doing technologically is to bring an integrated approach to processes,” Hilton says. Flowpac(tm) achieves this goal. “It’s smaller and more efficient and removes SO3 too, which is the principle component in aerosols.” This also is regulated under the new PM 2.5 “So now there’s one device for two pollutants,” he says.

ALSTOM also has introduced new control technology to measure pollutants at the boiler and generator level and adjust the air pollution control equipment to react to what is produced, rather than after the pollutants reach the smokestack.

Says Hilton, “When you’re dealing with an issue such as industrial air pollution you need a control process that is much more integrated.” In the processing of aluminum, for example, a system that both collects waste and recycles it is both environmentally sound and cost-effective. “We need to work more on making byproducts that can be recycled,” he adds.

With recycling and integration as the forefront of pollution control, it seems that ALSTOM will undoubtedly continue to invent new ways to achieve cleaner air across the world.