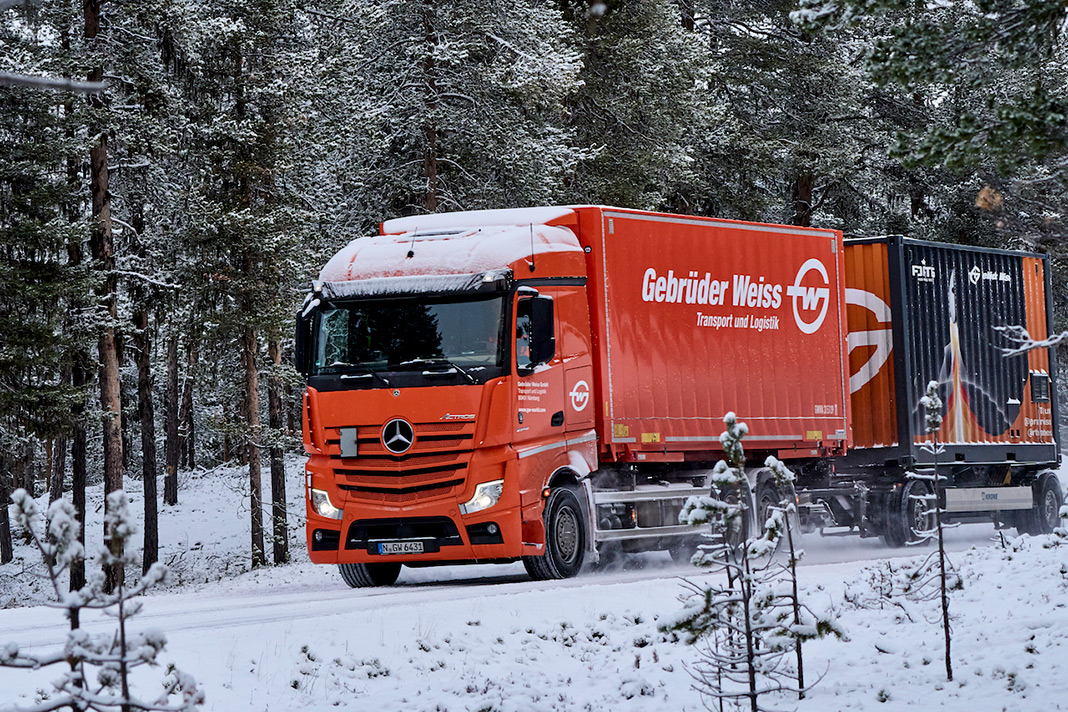 Logistics expert Thomas Heger: “This is the northernmost point a Gebrüder Weiss truck has ever been.”

Kiruna / Lauterach. The Gebrüder Weiss container with the research equipment for the space mission has arrived in Kiruna, northern Sweden. Truck driver Rudolf Kiesel was on the road for four days to cover the 2,000 kilometers from Berlin to the Arctic Circle via Stockholm. Gebrüder Weiss is the official logistics partner of the Swedish Space Corporation (SSC) and was responsible for organizing the transport of the equipment for the 15th space mission. Preparations are now beginning there for the rocket launch, which is scheduled for November 22.

Thomas Heger, logistics expert at Gebrüder Weiss in Nuremberg, on the challenges: “The route from Berlin to Kiruna is certainly an unusual one. It is the northernmost point a Gebrüder Weiss truck has ever been.” Yet, despite this fact, at no time was Heger on edge while the journey was being made: “We were able to rely fully on our own resources and logistical expertise along the entire route, which is why I firmly believed from the very beginning that we would be able to handle it well,” says Heger.

About the mission:
The SSC will be conducting the “SubOrbital Express 3 (S1X-3M15)” mission at its Esrange Space Center near Kiruna from November 14 to 24, in which twelve scientific experiments will be sent into space to study their behavior at zero gravity. The tests aboard the rocket have been provided by international research teams covering the fields of biomedicine, physics, astronomy and biology. The purpose of the mission is to gain insights relevant for research work and the work of astronauts in space.

About Gebrüder Weiss
Gebrüder Weiss Holding AG, based in Lauterach, Austria, is a globally operative full-service logistics provider with about 8,000 employees at 180 company-owned locations. In the last fiscal year (2021), it posted annual sales of 2.5 billion euros. Its portfolio encompasses transport and logistics solutions, digital services, and supply chain management. The twin strengths of digital and physical competence enable Gebrüder Weiss to respond swiftly and flexibly to customers’ needs. The family-run organization – with a history going back more than half a millennium – has implemented a wide variety of environmental, economic, and social initiatives. Today, it is also considered a pioneer in sustainable business practices. www.gw-world.com