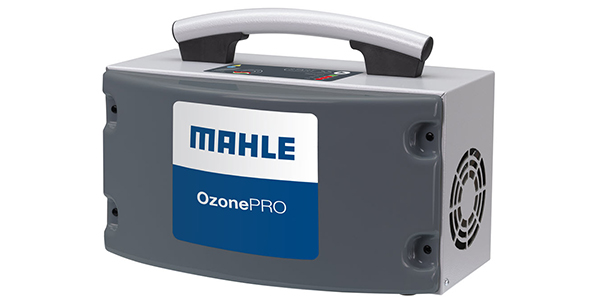 Listen to Kevin Mulkeran talk about the current level of activity at the MAHLE Tennex North America Technical Center and suddenly the “Big Bang” becomes nothing more than a cheap fireworks display.

That’s because the engine is in overdrive at the Technical Center in Auburn Hills, Mich., as researchers mine the latest technological data to engineer advances for engines and their components. From developing cleaner systems to quieter engines, the Technical Center, a tier-one and tier-two supplier to every major automotive OEM (except Toyota) is engaged in pursuits that have resulted in figurative “big bangs,” ultimately reducing noise and pollution while increasing efficiency.

Such has been the mission over the last several years at the MAHLE Tennex Technical Center where filter systems are the focus; its directive, from the auto supplier MAHLE of Germany, involves conducting research to: improve intake manifold technology and air intake systems; replace conventional die-cast aluminum with high-performance plastics for oil filter housings; develop fuel filter/regulator modules to allow for returnless fuel systems; improve air pulse valves and industrial filters; develop carbon canisters for zero hydrocarbon emissions and research noise vibration and harshness (NVH), to make for a quieter engine system.

Here are some of the resulting breakthrough products:

The center has applied for two patents on technology that will eliminate hydrocarbons from evaporative emissions while also getting rid of hydrocarbon leaks into the filter and, subsequently, the air.

Researchers have designed and developed a line of oil mist separators for the engine compartment that transfer the oil mist back into the engine. “Oil mist loss is bad for the environment and could be harmful to engines also,” says Mulkeran, the center’s director of research and development including Program Management. “We have designed several types of oil mist separators that return the condensed version of the oil back into the engine.”

Increasing the quality of sound is what prompted this special resonator. It began in Germany, when BMW came out with its M3 with a V6 engine – solid, but lacking in noise attenuation; effectively, the company wanted a baritone, and instead got a soprano. “We utilized our capabilities in air induction systems and created a resonator to change the frequency of sound and deepened it,” Mulkeran says. That technology drove the center to produce a resonator for smaller engines. Even the V8 itself, Mulkeran notes, because of various improvements, has lost the throaty vibrato of a powerful engine. “This technology was adopted for North America as a way to increase the quality of sound rather than the elimination of noise,” he adds.

To supplement its leading-edge research initiatives, the Technical Center has in house some of the most advanced testing equipment in the industry. For example: a full anechoic chamber measures sound and frequencies in static form to alleviate sound and noise irritation at certain RPM levels. In the area of NVH and computational fluid dynamics (CFD) the center employs software to ensure product performance before the first prototype is made.

A facility that is expanding exponentially in relation to the advances it has produced, now at 12,500 square feet, the Technical Center’s employees research and develop new technologies to essentially create a better environment. “R&D is all about people promoting an idea,” Mulkeran adds, “and devising new ways for operating various automobile systems. We will continue to grow.”

From providing support To providing solutions
Tennex had been a part of the Nissan group for years and its staff had worked developing projects directly with a facility in Kawagoe, Japan, which was, and still is, a primary research site. Meanwhile, Tennex/Auburn Hills began garnering substantial business from the Big Three about a decade ago but its sole purpose was primarily in the areas of development, packaging and supporting the main technical center for the Big Three; most of the research was still done Japan.

Then came MAHLE. The company had become a force in the auto industry with a history dating to 1920 as a lightweight piston workshop under the direction of Ernst Mahle. In 1925, MAHLE already had suggested the production of air filters for combustion engines subsequently supplemented by lubrication oil and fuel filters – a major innovation at the time. The first piston production using assembly line processes started operating in Stuttgart in 1929.

Now a multi-billion-dollar company, MAHLE set its sights on locating facilities in the U.S. market toward the end of the 1990s and officially acquired Tennex in 2002. “We used to be a satellite, but now we’re an actual research center integrated last year to give MAHLE North American capabilities in the U.S. regarding carbon canisters, hydrocarbon absorbers and evaporative emissions. We will be leaders of this research and development,” says Mulkeran. “We can broaden the scope of our research with MAHLE”.

Expanding progress
Expansion of the Technical Center’s operations is being undertaken in two separate phases. Currently, a 25,000-square-foot addition is being built onto MAHLE’s Pistons Division in Farmington Hills – this addition is the future home of the MAHLE Tennex Technical Center. The site will feature an expanded noise-testing facility and air induction analyzer as well as further facilitate carbon canister development.

However, progress cannot wait for construction to be completed. So expansive is the scope of the center’s research that $1 million is being invested now to increase the existing center’s core competencies; specifically, testing equipment for fuel filters and intake manifolds.

An 18-year industry veteran Mulkeran recognizes the various changes that have taken place in the industry which, in long run, has enabled the development of technology programs that benefit everyone concerned. The center’s aim, he stresses, is to research ways to build better systems that can enrich the manufacture of automobiles, ultimately drive up profits while lowering the environmental detriments.

Says Mulkeran, “We are here and we will continue to focus on our products and on our customers.”